By c.nananews (self media writer) | 5 months ago 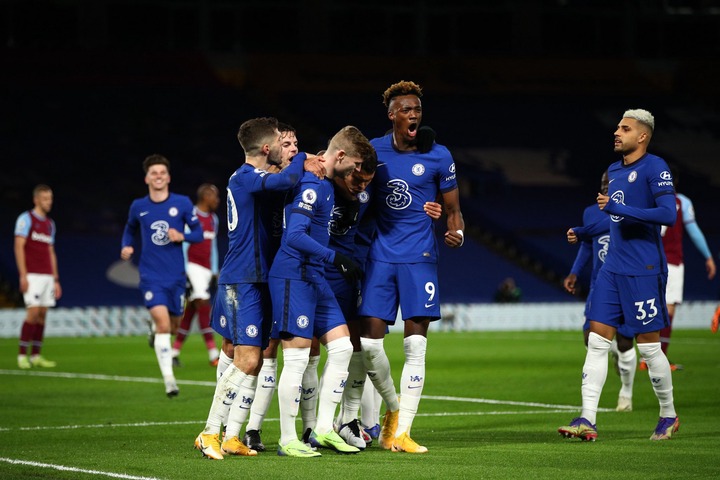 According to the report from Goal.com journalist Nizaar Kinsella, Chelsea football club of England have accepted €40 million bid from Italian serie A giants AS Roma for Tammy Abraham. 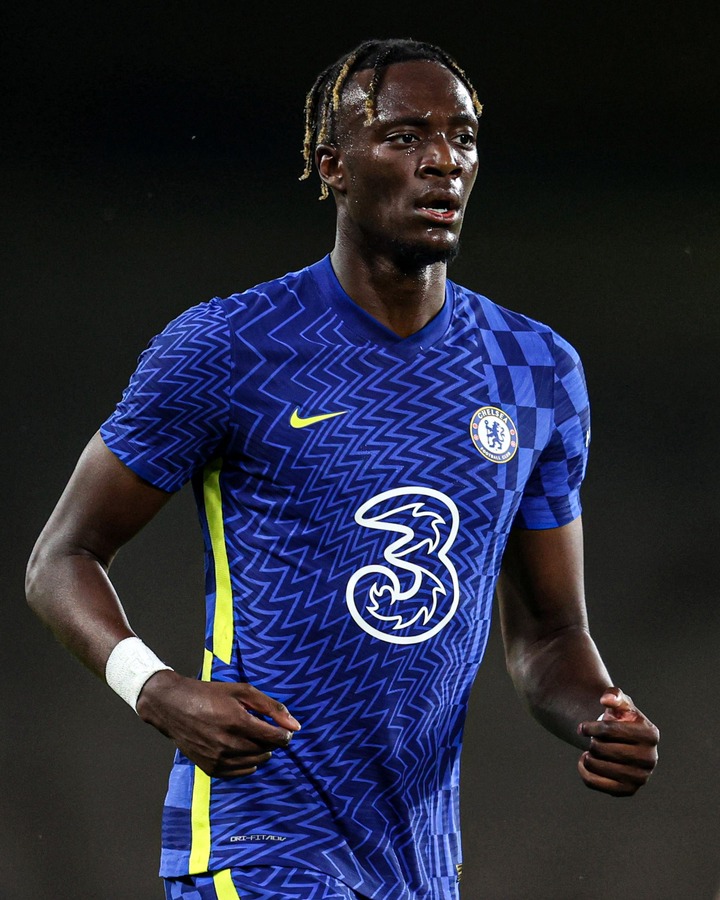 The former Aston Villa FC star has been seriously linked with a move to many clubs in Europe top five leagues for the past few weeks, and the report has now revealed that AS Roma FC have finally won the race.

The England international was promoted to Chelsea FC first team by former coach Frank Lampard, following his outstanding performance for Aston Villa, but the sack of Lampard in January limited his playing time.

Abraham was behind Timo Werner, Kai Havertz and Olivier Giroud in pecking order last season, and the signing of Romelu Lukaku means he won't be returning to the first eleven. 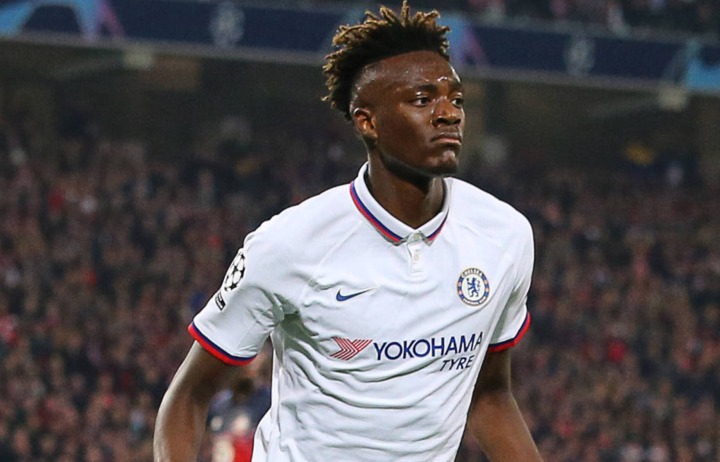 The youngster was linked with Arsenal football club few days ago, but the report says the Gunners were unable to meet his buyout clause.

Despite playing few matches for Chelsea FC last season, Tammy Abraham netted nothing less than 10 goals for the club, and he was able to win the UEFA Champions League title with them. 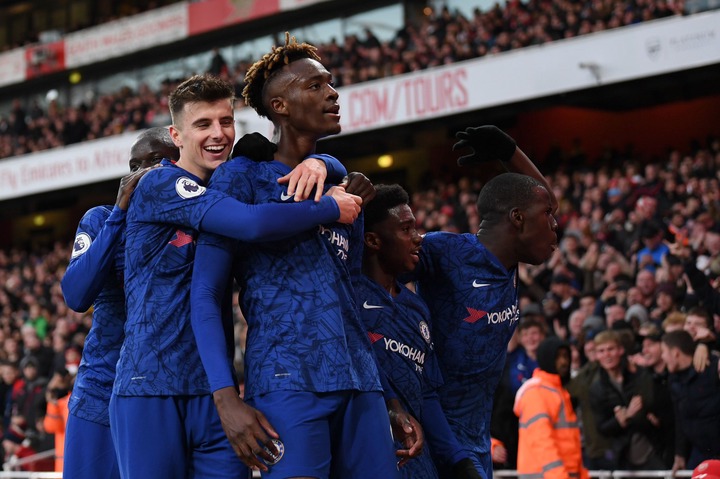 Nizaar Kinsella reported via his verified Twitter handle on Wednesday afternoon that; 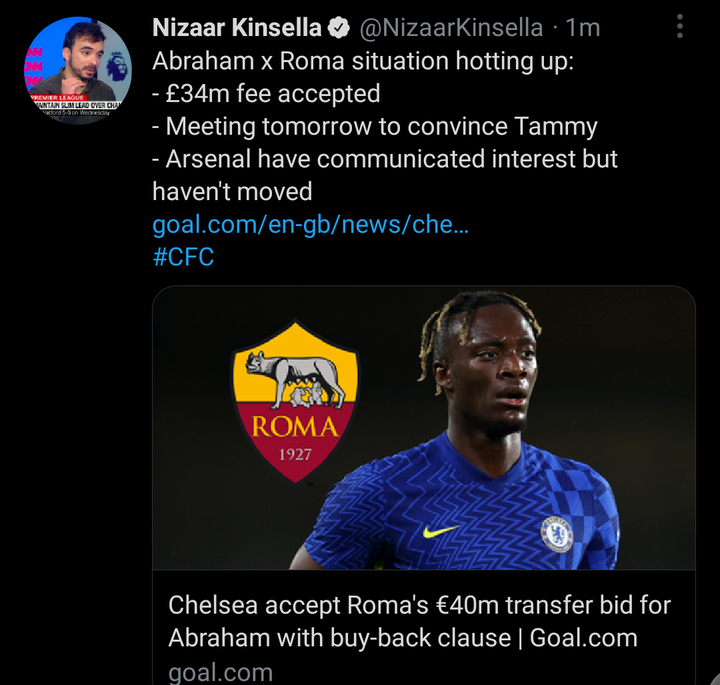 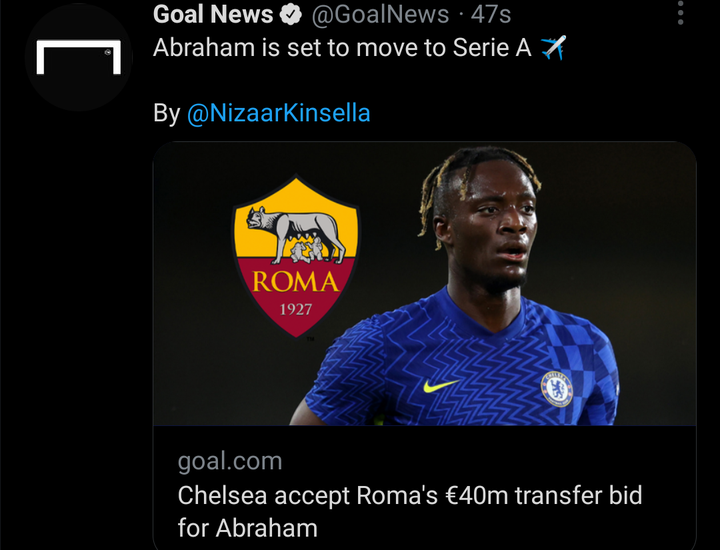