By Solosport (self meida writer) | 19 days 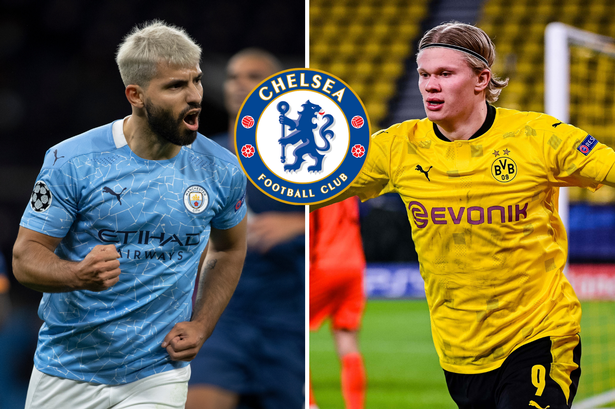 Paulo Dybala has no future at Juventus but the club are concerned they will sign a deal and leave for free, according to Calciomercato.

The relationship between the player and the club was completely damaged. The latest is a police fine for attending a house party with team-mates Weston McKennie and Arthur Melo earlier this week for violating Italy's coronavirus boundaries.

As a result, Juventus will be looking to sell Dybala this summer to raise valuable money. However, he is aware the player can try to see the final year of his contract and leave in 2022.

Atalanta striker Josip Ilicic is the subject of interest from Milan - according to Calcio Mercato.

The Rossoneri hope to bring the 33-year-old to San Siro for around €6 million in the summer transfer window.

Thomas Tuchel has addressed the rumours claiming that Chelsea are out to sign Dortmund star Erling Haaland and Manchester City striker Sergio Aguero.

Haaland's father, Alf-Inge, was filmed yesterday in Barcelona with his agent Mino Raiola on allegations that the two held a meeting about a possible Dortmund striker's transfer.

The Spanish press claimed talks should take place with up to four English clubs on Friday, including Chelsea, but Tuchel, who also spoke of Timo Werner's extraordinary absence for Germany, refused to join the transfer question.

Four clubs are chasing the signature of Marseille winger Florian Thauvin - according to L'Equipe.

Milan, Leicester City, Crystal Palace and Sevilla are all considering summer bids for the 28-year-old.

Thauvin will become available on a free transfer when his contract at Marseille expires in June. Layvin Kurzawa Florian Thauvin Marseille PSG Ligue 1 07022021

Manchester United and Chelsea have identified Real Madrid's Lucas Vazquez as a transfer target - according to ABC.

Madrid will only give Vazquez a new contract if he agrees to cut his wages by 10% and it is likely that he will leave the club for an additional fee this summer.

Kuol on brink of Stuttgart move

Central Coast Mariners striker Alou Kuol is close to sealing a move to German side Stuttgart, according to the Sydney Morning Herald.

The 19-year-old is enjoying a breakthrough season in the A-League and scored his seventh goal of the season in Thursday's win against Adelaide United.

The move would earn the Mariners a six-figure fee, though sell-on clauses could earn the club considerably more in the future

Barcelona view Inter forward Lautaro Martinez as their plan B if the club fails in its move for Borussia Dortmund's Erling Haaland, according to Sport.

The Catalan giants were close to signing an Argentina deal last summer and are ready to move on if Haaland is out of reach.

However, there is still disagreement over whether Lautaro would fit into the side, which means there are currently no talks.

🚨Philadelphia Union have signed Greg Ranjitsingh for the 2021 season🚨

Our #GKUnion has grown by one! Welcome to Philly, @gregxorio 👉

Opinion: 3 Things Thomas Tuchel May Need To Do To Make Chelsea Compete For EPL Next Season

Photos Of Sergio Ramos Transformations From Age 1 to 35.

Photos Of Christiano Ronaldo, His Partner, Geogina Rodriguez, Their Children and Ronaldo's Mum

Reactions As Anita Joseph Shows Off Her Figure In Short Dress

Players with most goals in the last decade