Funny photoshopped pictures of the Saka and Chiellini incident

Banter is another part of football that makes it ever so interesting as fans always find new ways to make fun of their opponents, adding salt to injury. That was the case of this particular incident involving England's Bukayo Saka and Italian defender Giorgio Chiellini         .

It happened during the recently concluded Euro 2020 finals, a match that Italy eventually won on penalties. Bukayo Saka, in a slick and professional move, evaded the towering Italian and was on his way to the Italian goal. But in a moment of quick thinking, and comic relief, Chiellini yanked the smaller English man and literally flung him to the side. 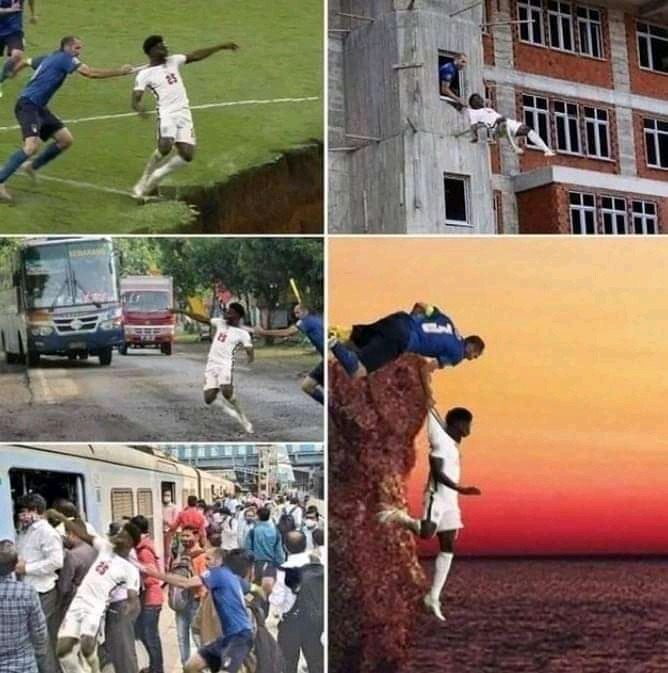 That was enough to knock fans off their seats in laughter, although Chiellini got booked for the silly stunt he pulled. That would be the only time that a player would nearly get the better of Chiellini during the tournament as he, as well as his partner Bonucci, went on to complete the tournament without being dribbled past once.

Fans with their ever creative imaginations, got some brilliant and very funny ideas to make memes from the situation. These are some of those ideas. 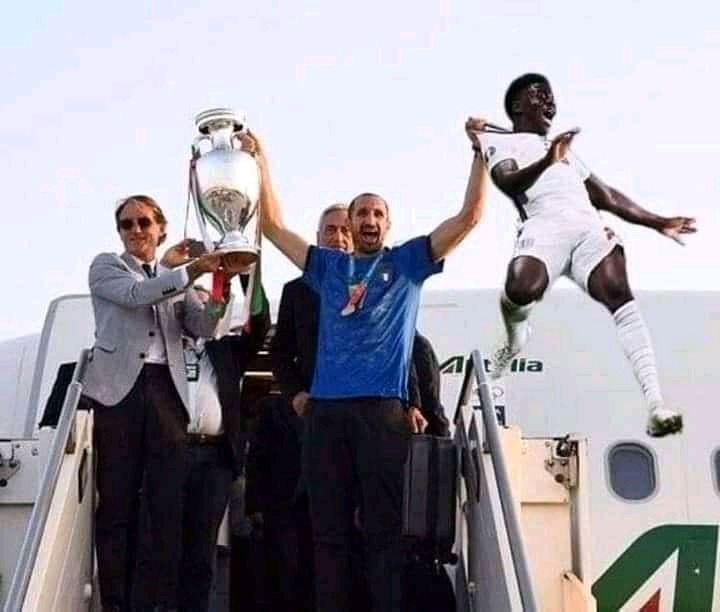 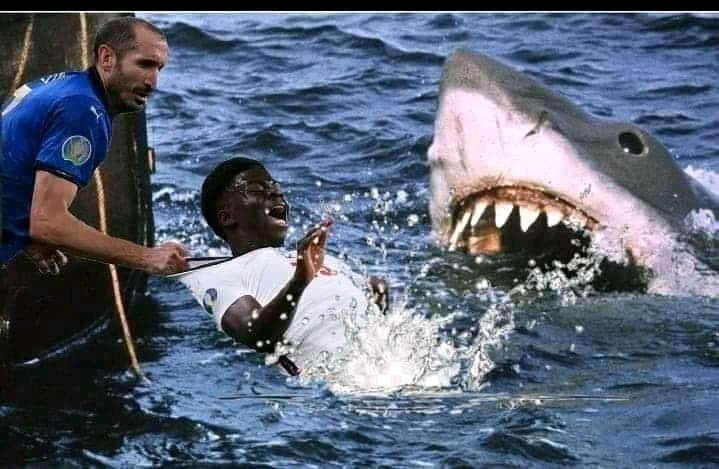 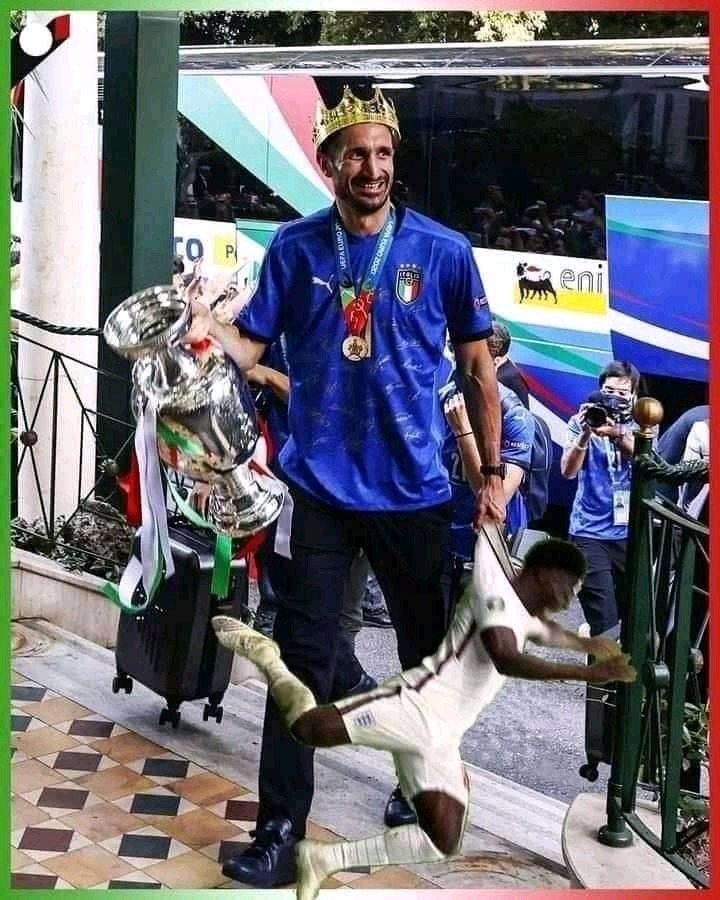 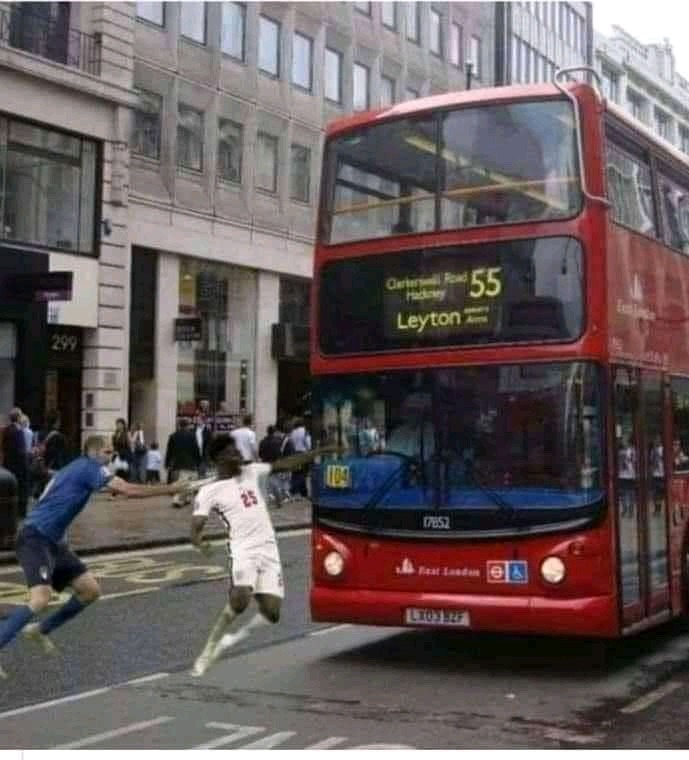 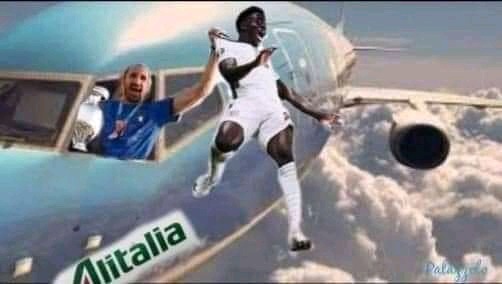 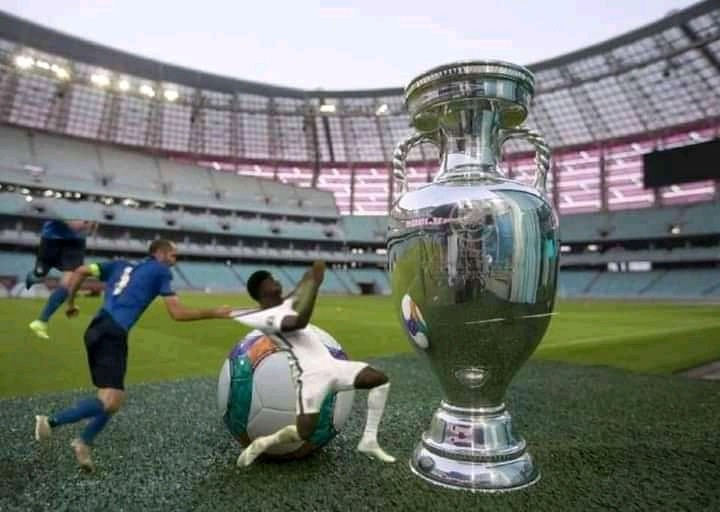 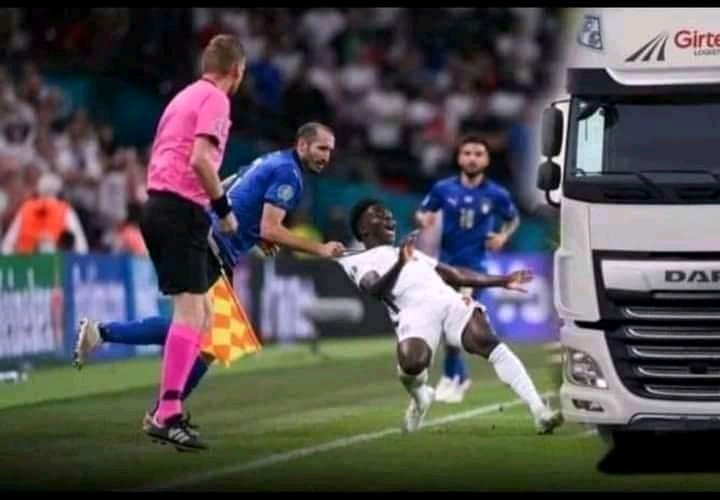 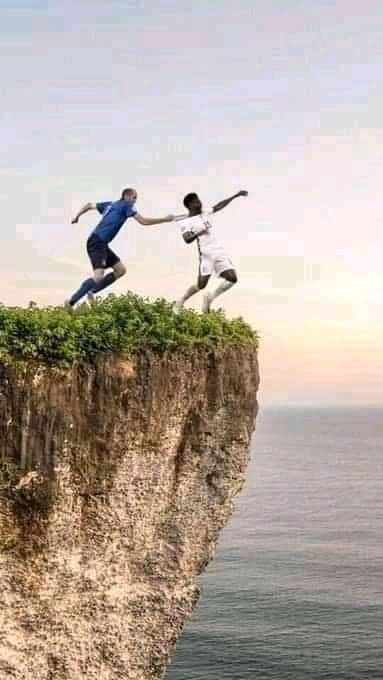 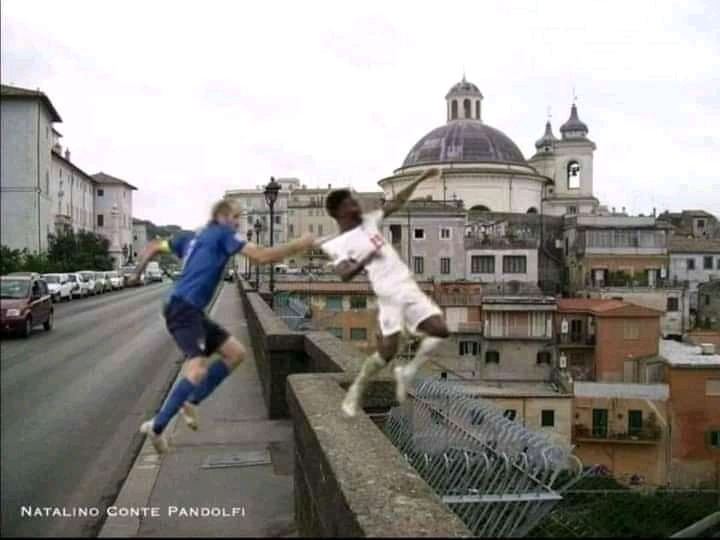 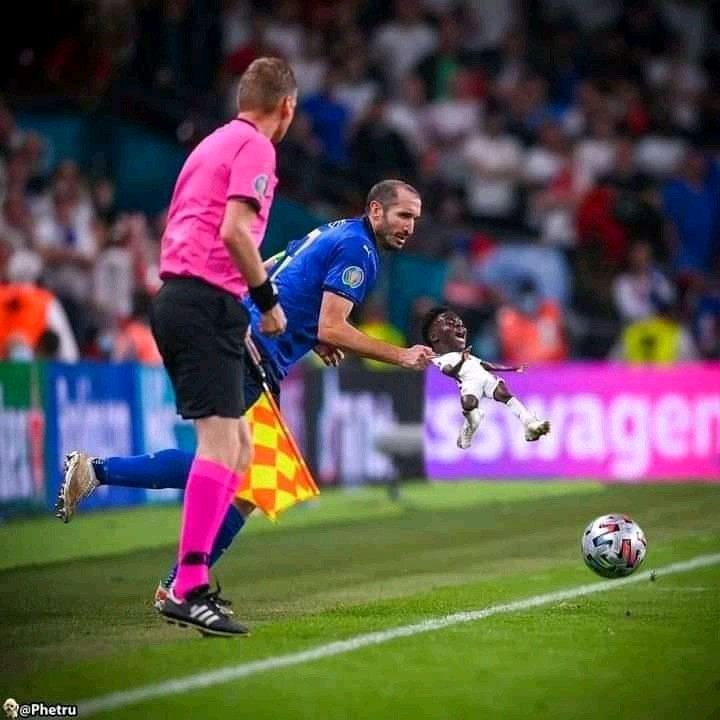 If Saka had succeeded in pulling off that dribble without being fouled, the Euro story might have been different as he had a free path to the Italian goal.

Bukayo Saka currently plays for Arsenal Fc and was a target of racial abuse just moments after the game, but as the professional that he is, he would probably come back stronger than ever

What do you think about these photoshopped photos? Which one was your best? Let me know in the comments section.