By Skylab (self media writer) | 2 years ago

Different kinds of Game can be very unpredictable and be predictable sometimes when it comes to Football . There have been many Football matches during history with results completely surprising that could never, ever happen. 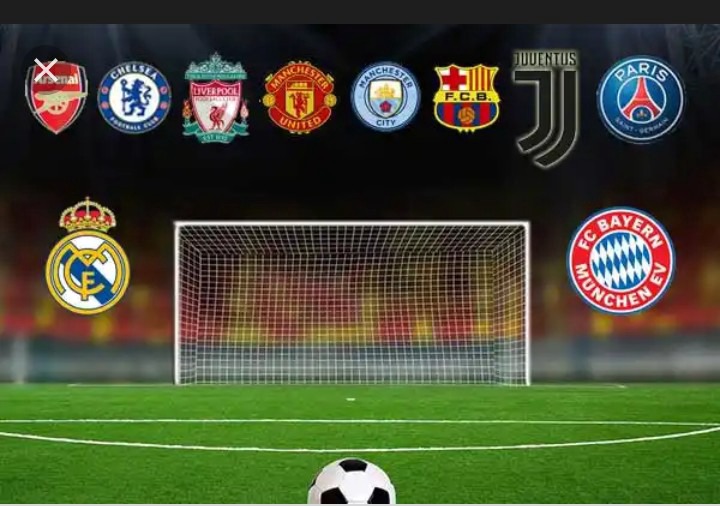 In fact, we all know that there is always a winner and a loser, but when one of the two opponents is a famous club, you think you can definitely guess the winner and somethimes they still never win. However, that’s not what always happens, as some of the heaviest defeats in football history have been the result of these matches! So stay tuned and be amazed by the results. 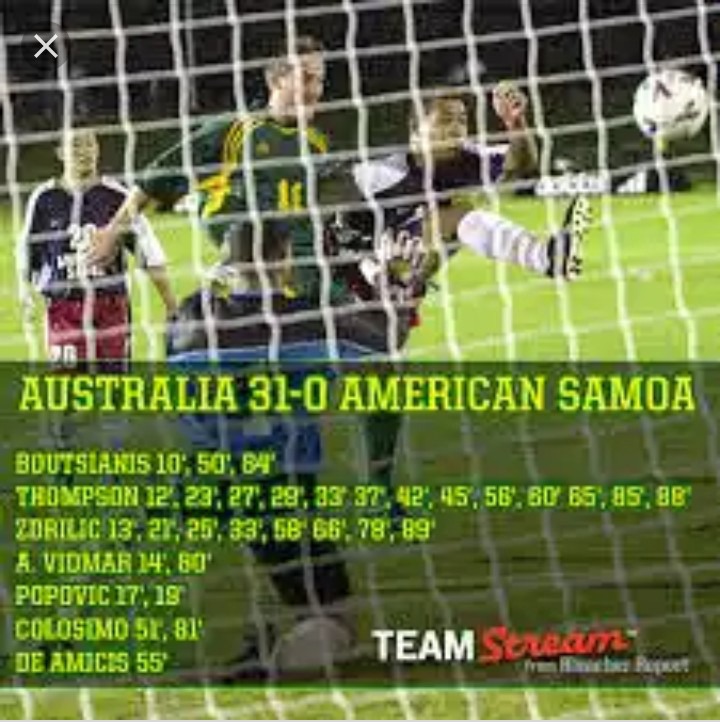 This was one of the best defeat that happened on April 11,2002. During the world Cup Qualifiers set one of the biggest defeats in football history at that time. The club called Australia as at that time beat American Samoa 31-0 in 2002 who set the record for the biggest professional intentional win. I couldn't believe this defeated even the away team only have one shot on goal through out the entirely game. Australia star then " Archie Thompson" scored 13 goals out of 31. Later on, the team were not even happy winning the game by such a big margin. What a Game! 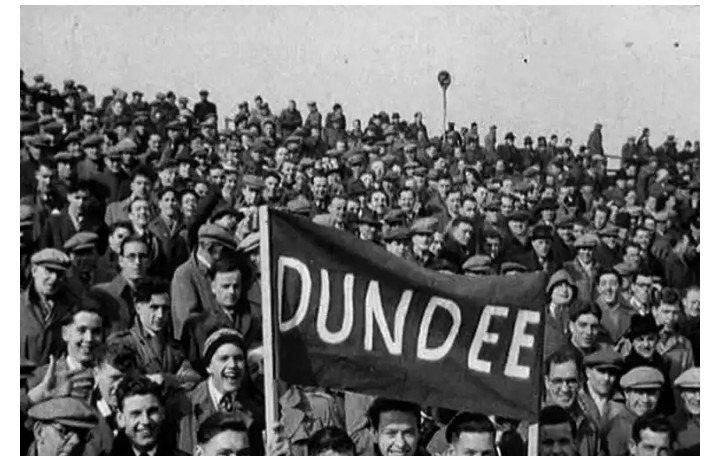 On 12 September 1885. But why do heavy a defeat? They still remains the largest margin of victory in a professional football match around globe. Dundee Harp's main claim to flame has been in recording a 35-0 victory over Aberdeen Rivers in the first round of Scottish cup in 1885. At half time the team Harp defeated Aberdeen 16- 0. They scored a goal on everything two minutes. When Goal kept increasing the reference and commentators were not sure whether it is 35 or 36. What a Game!. 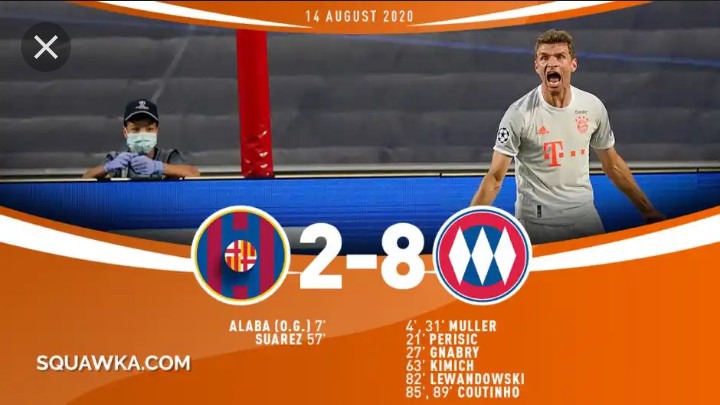 This team were one of the best in the world. I can proudly say that. Barcelona and Bayern Munich had come a long way run meeting themselves in Quarter finals, semi finals and all others. In the year 1998-99 UEFA champions league bayern defeats baça . Bayern faced Manchester united and lost that year. In 2008-2009 UEFA Champion Bayern and Baça met. This time Baça won 4-1 on aggregate. In 2012-13 Bayern won with 7-0 aggregate victory. In 2015 Messi and Neymar won over Bayern at the semu finals. Now 2020, Bayern destorys Baça. In the opening 10 minutes Bayern Munich scored. At the end of first half they destroyed Baça with a 4 to 1 win. Second half they totally disgraced Baça by 8 goal to 2. Barcelona suffered there heaviest loss in 69 years. What a Game. 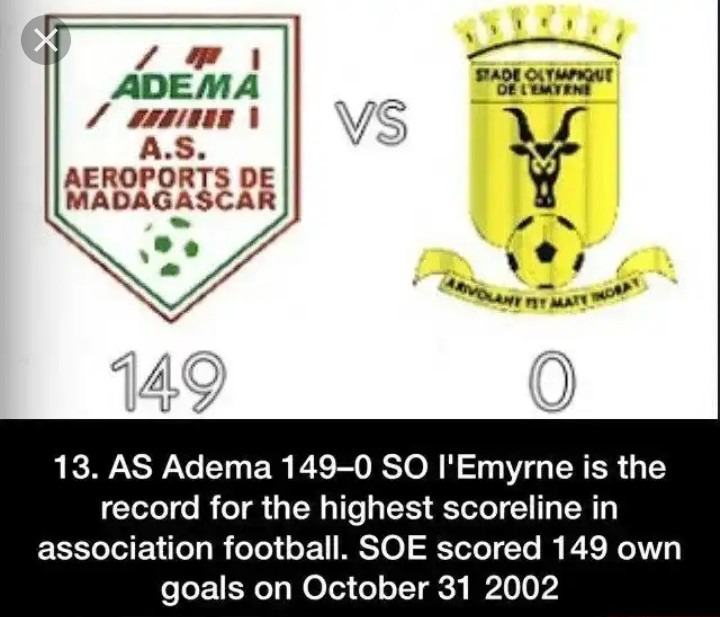 It was a total disgrace football match that was played on 31 October 2002. It was between two teams from the same country (Madagascar) and the club were; As Adema and So l' Emyrne. The interesting part is the the away team didn't score any goal or even shot on goal. As Adema Goal surpassed the Previous highest Goals scored by other clubs. What a game.

Content created and supplied by: Skylab (via Opera News )