By Emixtar (self media writer) | 10 months ago

We watched one of the ugliest tackles in the Premier League this year last night in the game between Leicester City and West Ham. The game was a high-octane battle between two of the league's top second-tier teams, and it was full of drama. Goals from Fornal, Said Benrahma, and Michail Antonio x2 helped West Ham to a 4-1 victory. Kelechi Iheanacho came in in the 81st minute but was unable to help his team as they suffered a severe defeat. The game's most talked-about moment occurred in the 40th minute. 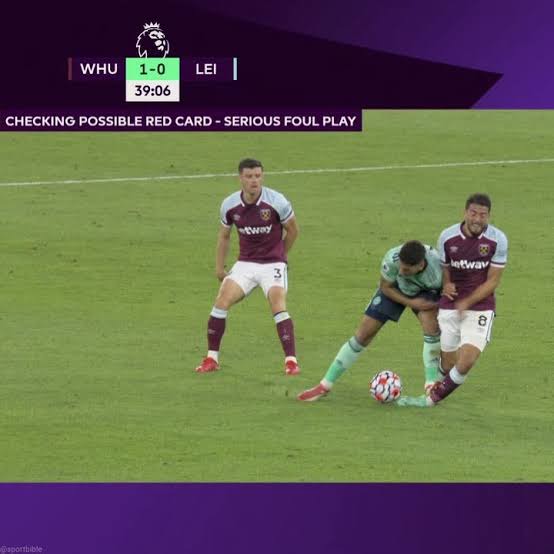 Ayoze Perez of Leicester City stamped on Pablo Fornals' chin with full power while attempting to protect the ball from an onrushing Pablo Fornals. Nobody thought the tackle was heavy at first, but after the VAR reviewed it, we witnessed how bad it was.

Fornals was fortunate to keep his leg intact, as tackles like this can force a player to retire early. We've seen football stars get tackled like this in the past, and subsequently spend nearly a year on the treatment table. Ayoze Perez sought to apologize, but the damage had already been done, and the referee had to dismiss him. 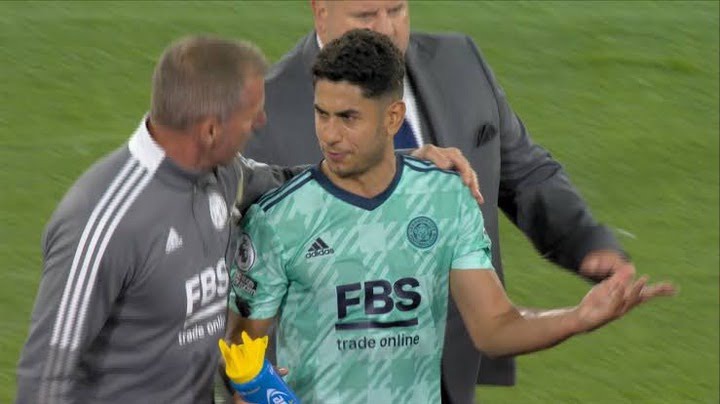 In the Premier League, a straight red card carries a three-match suspension unless the FA overturns the decision after an appeal. But I don't think West Ham would challenge the red card in this situation because the tackle was so nasty. The question now is whether Perez should get the standard three-game suspension or a harsher term. I believe the penalty should be at least five games long.

The type of tackles we see in the Premier League these days are appalling. Jurgen Klopp, the manager of Liverpool, grumbled about it over the weekend after his team was beaten badly by Burnley. The referees and the FA, according to the German coach, should do something about it because it is causing injury to players, which is correct. After being violently tackled by Pickford last season, Van Dijk missed the entire season. Pickford, on the other hand, was not seriously reprimanded for the occurrence, which was plainly his fault.

Content created and supplied by: Emixtar (via Opera News )