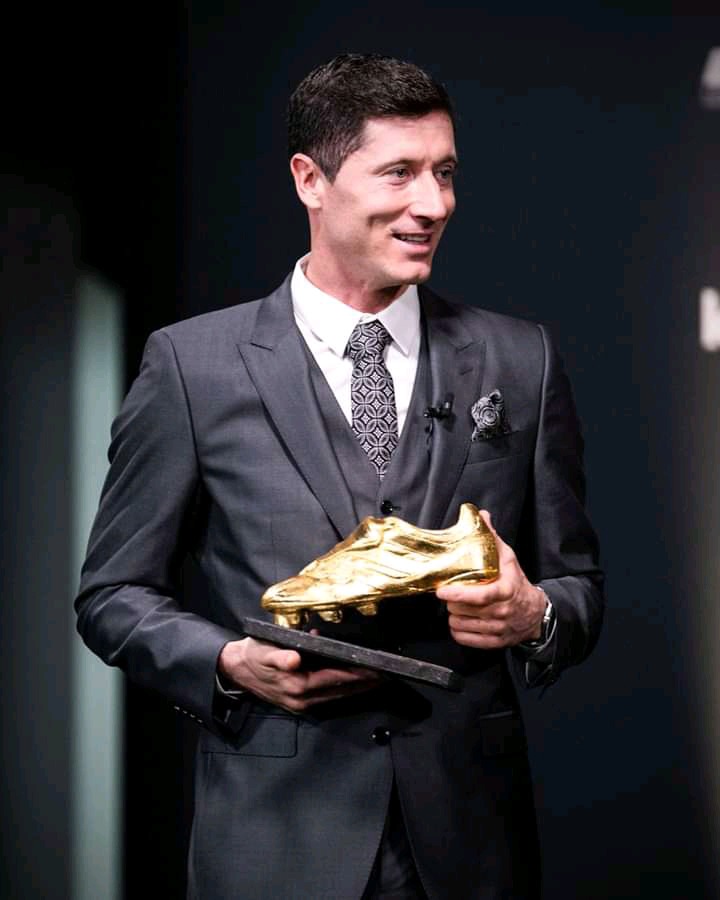 Last season,Robert Lewansdowski paid tribute to Gerd Muller after breaking the latter's record by revealing a shirt of the legend beneath his regular Bayern Munich shirt. 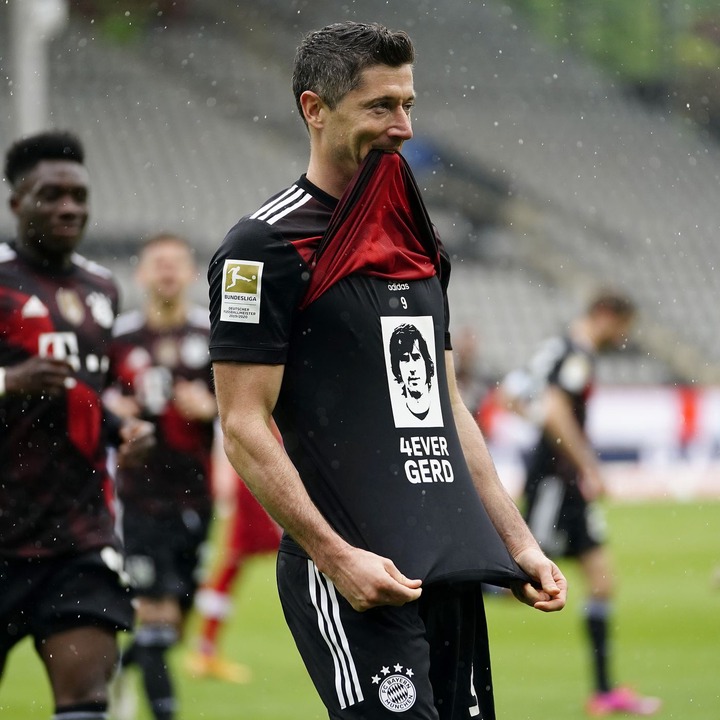 The highly rated Polish forward has also been sensational for club and country this season. He currently has 7 goals in 5 matches for Bayern Munich, and 6 goals and 3 assists in 5 games for Poland national team. For a forward playing in a low national team like Poland,such numbers are very impressive. 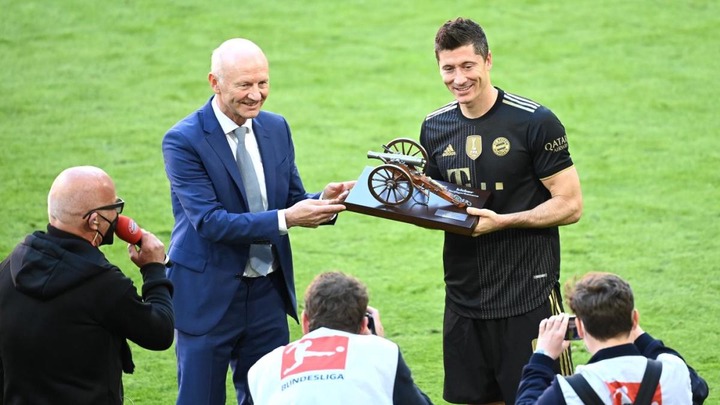 Robert Lewansdowski will hope to defend his European golden boot this season against the likes of Erling Haaland,Karim Benzema,Luis Suarez and Cristiano Ronaldo.

As the 33 year old Polish forward wins the 2020/2021 European golden boot, checkout the last ten winners of the prestigious award; 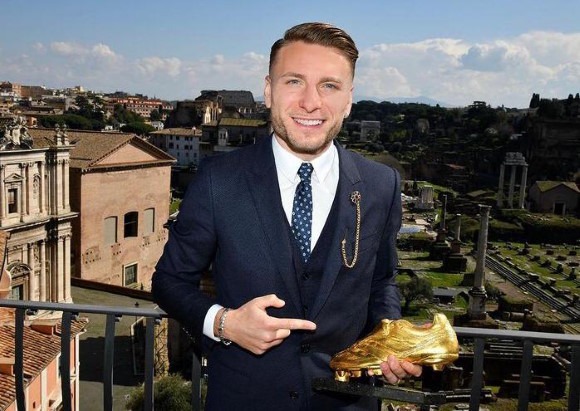 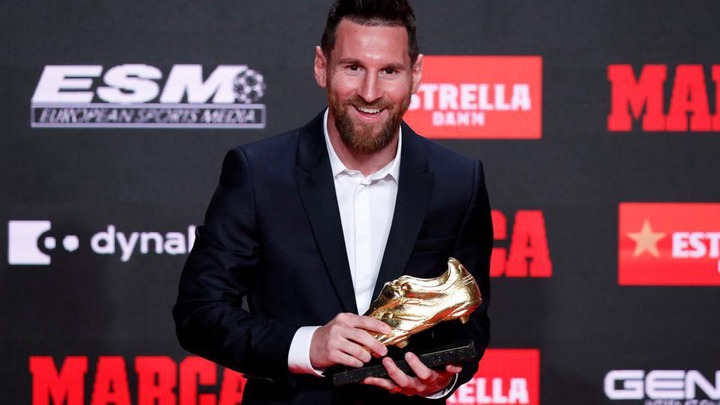 Argentine star,Lionel Messi won his sixth career golden boot during the 2018/2019 season by scoring 36 goals in 38 league games. He also walked away with the La Liga Pichichi award for that season. 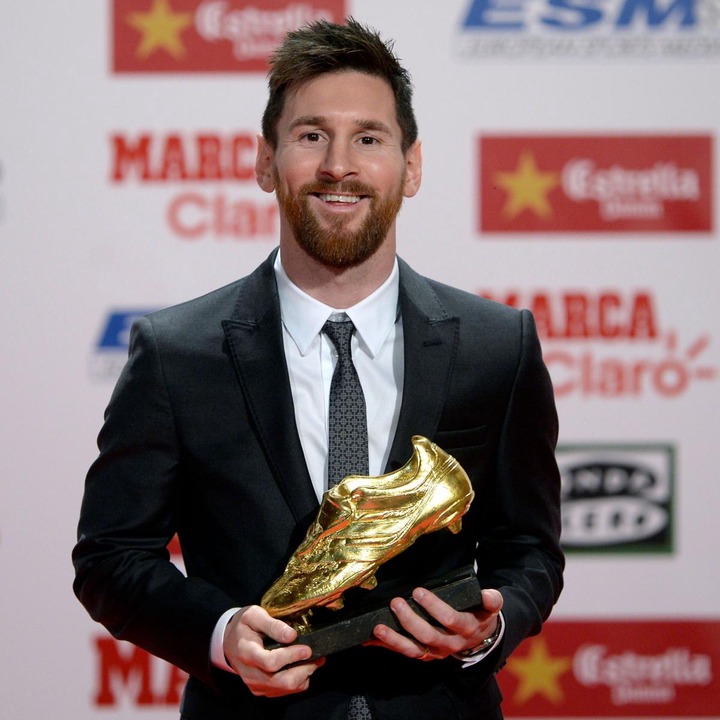 During the 2017/2018 season,Lionel Messi won his fifth career golden boot by scoring 34 league goals to beat Cristiano Ronaldo to the award by two goals margin. Lionel Messi scored a record number of 37 goals during the 2016/2017 La Liga season to clinch the European golden boot, beating other notable forwards to the award. 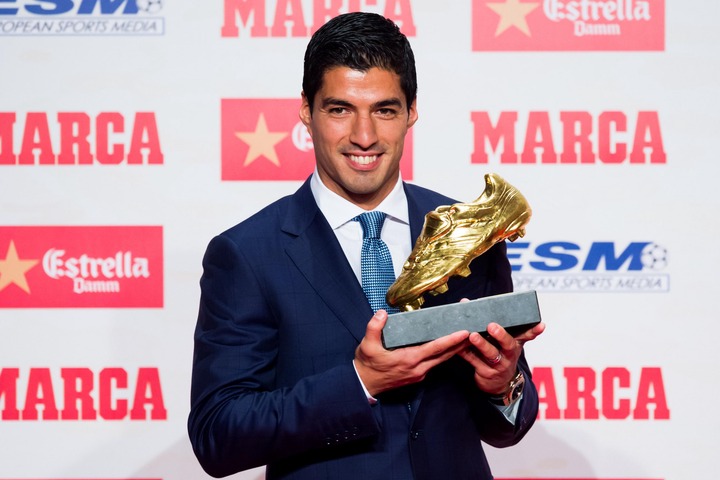 An underrated forward,Luis Suarez was able to win the European golden boot during the 2015/2016 season with 40 league goals to his name. For someone who was playing alongside Neymar Jr and Lionel Messi,this was a great feat. The Uruguayan also holds the record for being the only striker to win two golden boots during the Cristiano Ronaldo and Lionel Messi era.

Whilst still at Real Madrid, Cristiano Ronaldo won his fifth career golden boot with 48 league goals. His last golden boot came in the just concluded EUROS,and the Portuguese star will hope to compete for the golden boot again this season,after a dazzling start to the 2021/2022 Premier League campaign at Old Trafford. 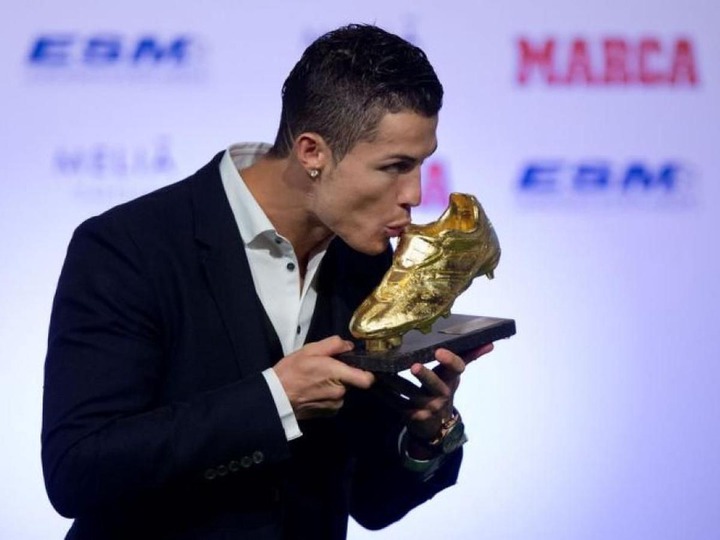 During the 2013/2014 season,Luis Suarez and Cristiano Ronaldo were both tied at 31 league goals each,and had to share the honours of being European golden boot winners for that season. 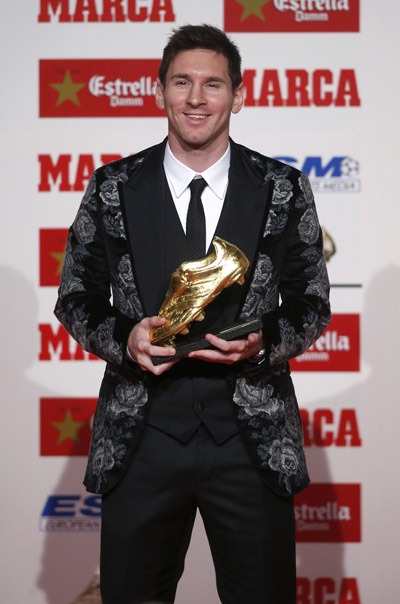 Lionel Messi won the 2012/2013 golden boot when he scored 46 goals in 38 league games for FC Barcelona, making his mark on the Spanish league. 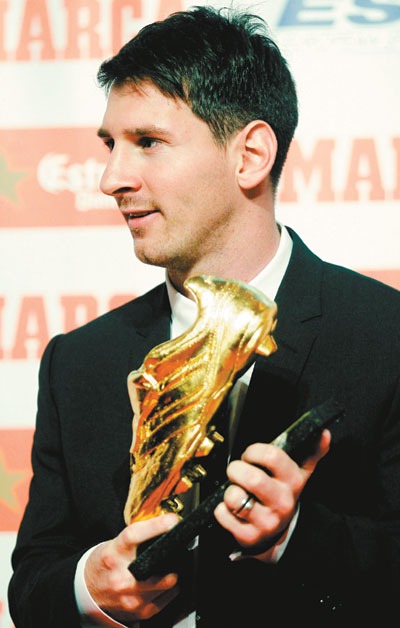 During the 2011/2012 season,a 19 year old Lionel Messi scored 91 goals across all competitions for FC Barcelona,and 50 goals in 38 league games, thereby winning the European golden boot for that season.

With the 2021/2022 season still young,top forwards like Erling Haaland, Karim Benzema, Luis Suarez, Cristiano Ronaldo,and Lionel Messi will all be aiming to win this prestigious award. Who do you think will win the European golden boot award for this season? Kindly leave a share and comment below.