With the 2020/21 season on the horizon, here are 5 Brazilian starlets every top European side should keep their eyes on. 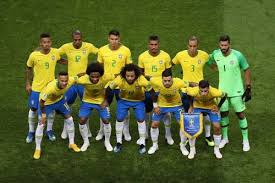 Brazil's constellation never fades. The Brasileiro produces stars every now and then that ultimately illuminate far across the Atlantic. An end isn't in sight.

A glut of young prospects is on the queue, jostling to outshine each other. And a host of European sides have taken notice of this light, especially after Real Madrid and Arsenal's recent successes.

The clubs' captures of Vinicius Junior, Rodrygo Goes and Gabriel Martinelli is considered a coup. Madrid's Juni Calafat and the Gunners' Edu Gaspar, both Brazilians, continue to keep close tabs on the promising youngsters coming through in their homeland. The pair do have competition this time, though.

Named after the Argentine icon Juan Sebastian, Veron is Brasileiro's poster boy at the moment. With a market value of around €25m per Transfermarkt, he is the league's second most valued player behind Everton who is seven years his senior.

Just two years ago, Veron joined Palmeiras' youth squad without much fanfare and within a year he proved to be a shrewd addition, finishing as top scorer in the Mundial de Clubes de La Comunidad de Madrid U17.

The 17-year-old then broke into the first team in November, claiming two goals and an assist in his subsequent appearance to become the second-youngest player to score for the club. He's been of greater influence at the international level. 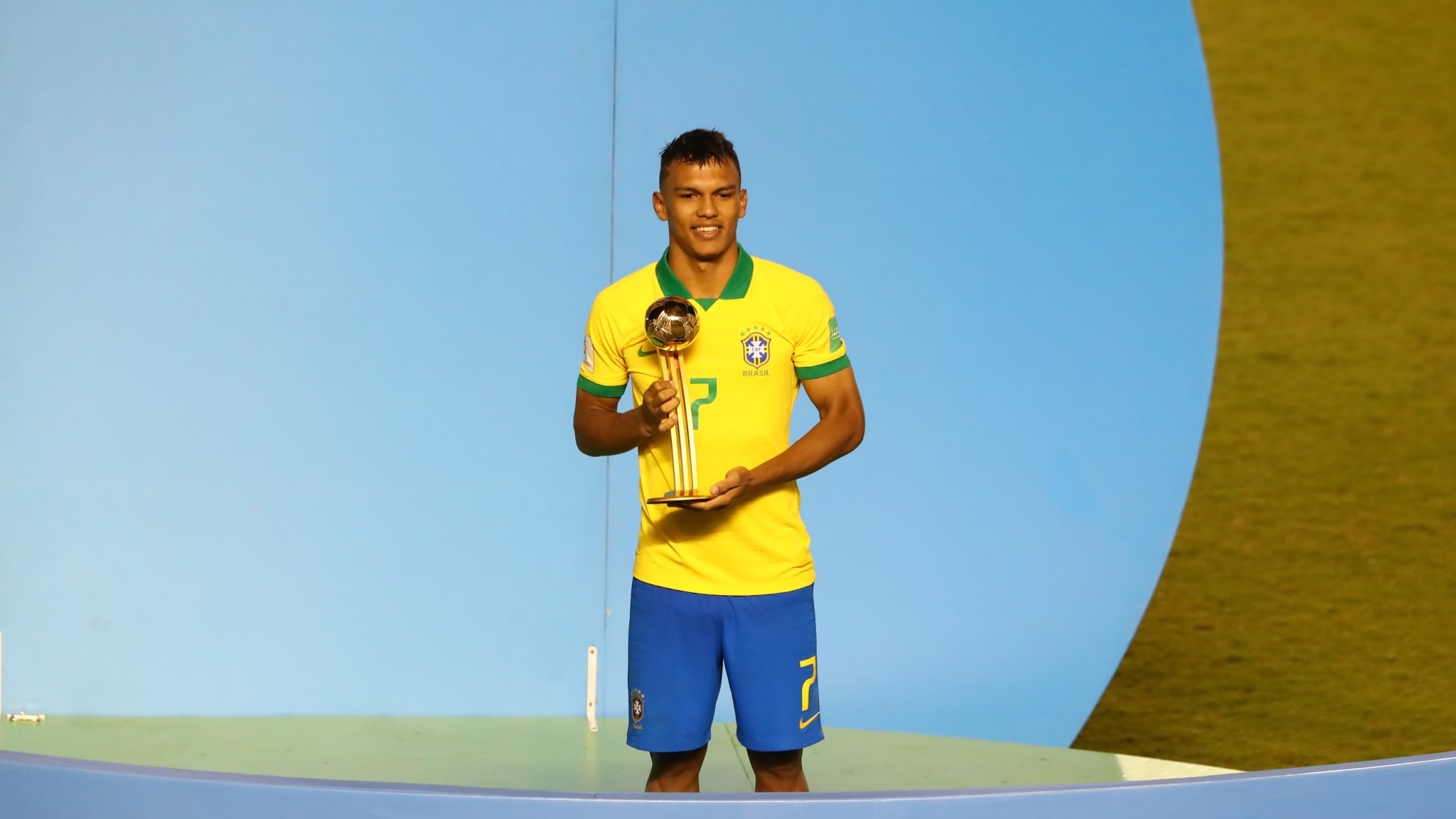 Veron was MVP in last year's FIFA U17 World Cup

Veron was the star act as his country lifted the 2019 FIFA U17 World Cup on home soil in September. His assured displays, culminating in three goals and two assists earned him the tournament's coveted Golden Ball. He also led in terms of chances created from open play (18) and dribbles completed (22) during the tournament. Overall, he has found the target five times in 15 matches for Selecao U17.

Blessed with exceptional pace, stamina and a goal threat, Veron is adept anywhere in attack but has prominently been deployed on the right. He combines a neat blend of close control and explosive speed to beat players, flaunting stunning acceleration, skill and directness.

Magno was also a key member of the conquerors' Brazilian U17 team albeit his involvement was cut short by an injury. The 18-year-old, though, left a mark very early, scoring in group-stage victories over New Zealand and Angola before a hamstring injury in the last-16 clash with Chile.

Magno was given an opportunity to chase his dream early at Vasco, aged just nine. He took it with aplomb, easing through the various youth levels, astutely combining his school studies, burgeoning career and regular futsal training routine. Magno was rewarded with his first professional contract in 2018 and one year later, the youngster got the chance to make his debut. 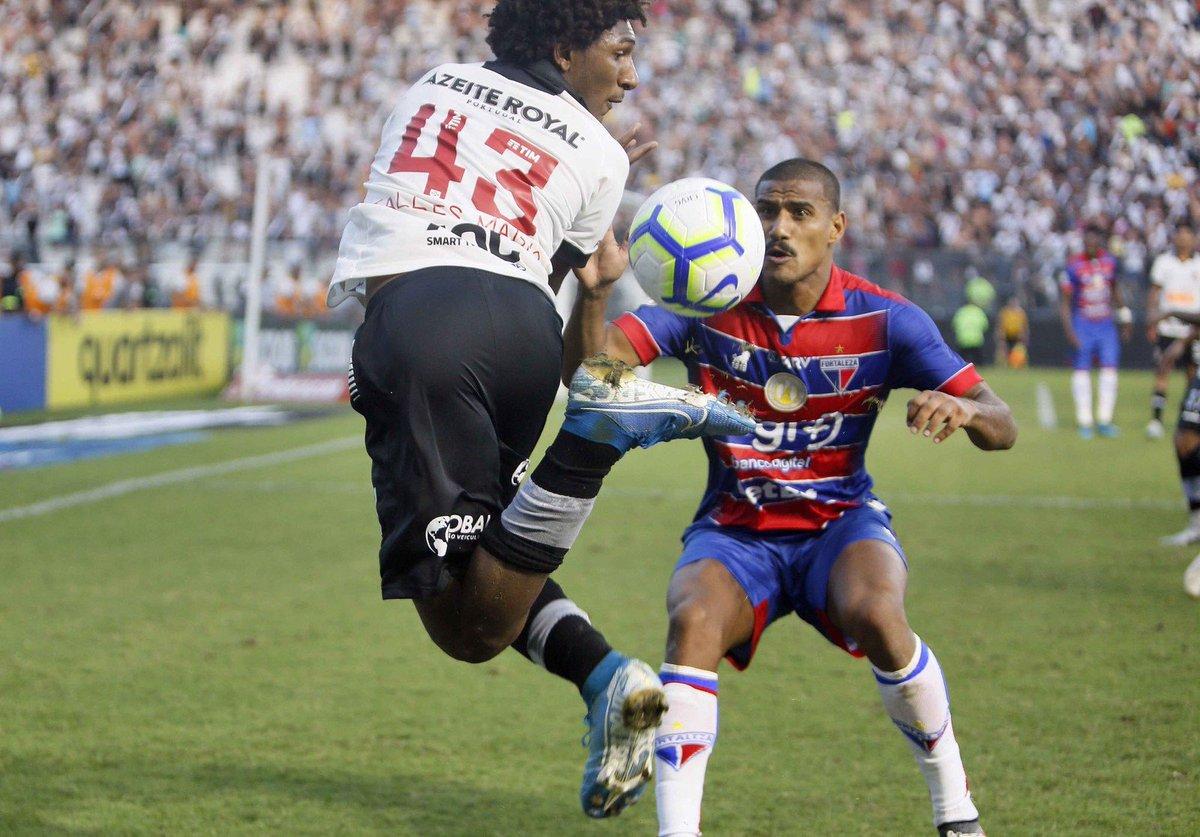 Magno's futsal background is evident in his style

He was thrown in at the deep end, coming off the bench against rivals Botafogo. Although Vasco went on to lose 1-0, Magno caught the eye of then-head coach Vanderlei Luxemburgo and has gone on to become an integral part of the squad. The teenager made 15 appearances in Brazil’s Serie A following his debut, scoring twice.

He now hopes to follow the paths of some of Gigante da Colina illustrious alumni, including Romario, Edmundo and Philippe Coutinho. And Vasco means business with its most-valued asset, slapping a €50m release clause on him. As ambitious as it appears, the tag is justified.

Standing at 6'1", Magno has the requisite physical attribute of a striker. He is comfortable anywhere across the front three. His dribbling ability and penchant for showboating has been likened to Neymar. However, the teenager is more than an entertainer due to his intense work ethic.

At the same tournament, Jorge was his country's top scorer with five goals, enough to earn him the Bronze Boot. Like the aforementioned duo, the 18-year-old was highly influential, scoring one of the goals in the 2-1 defeat of Mexico in the final. No player attempted more shots than Kaio with 28. His meteoric rise hasn't come as a surprise.

Signed as a 10-year-old into Santos' famed youth set-up in 2012, Jorge always distinguished himself. Barely five years later, he was already rubbing shoulders with the Under-20 squad, five years his senior. His impressive displays fast-tracked his progress and September 2018, he made his debut in a 1-0 home defeat to Atlético Paranaense, becoming the sixth youngest debutant in the club’s history.

At this point, Santos reckoned Jorge's stock, tying him down till 2022 with a release clause of around €50m. Yet, top sides haven't stopped flocking around the attacker who seems primed to follow the footsteps of fellow Santos graduate, Neymar. Their styles, though, are dissimilar.

Dubbed the ‘new Cristiano Ronaldo’, the teenager possesses similar physique and attributes to those of the Juventus superstar. He also flaunts superb technique, quick feet and strong aerial ability. Lack of game time affected his productivity at Santos but Jorge has shown flashes of his brilliance.

After a frustrating spell under Jorge Sampaoli, the 18-year-old looks reborn. He rewarded Jesualdo Ferreira's faith with his first senior goal in dramatic fashion as he burst through the Defensa y Justicia defence to find the net four minutes from time to secure a 2-1 victory in the Copa Libertadores.

Just a handful of youngsters can rival Lincoln's rich resume. At just 19, he has won five major honours including the Brasileirao and Copa Libertadores (both in 2019). The Serra native also boasts a FIFA Club World Cup's medal, thrust in the final defeat against Liverpool. So has been the case in his young career.

The teenager made his Serie A debut for the Rio de Janeiro based side in a league match against Corinthians at the tender of 16. He sunk up the pressure to deliver a masterclass. Lincoln made sure that Fla didn't feel the effect of Vinicius Junior's departure to Real Madrid in 2019.

Revered for his powerful style of play, Lincoln has drawn comparisons with Adriano, who too passed through Flamengo. Like the former Brazilian superstar, the teenager is a classic No 9 flaunting a knack for finding the back of the net. 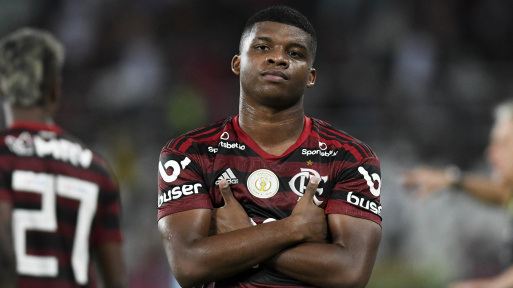 Lincoln has a powerful shoot on both feet

Standing at 5ft 9in with a sinewy frame, Lincoln, though, still has a good couple of years to gain a few more inches. However, he has already impressed with his ability to beat the opposition to aerial balls inside the box, making him a genuine threat from corners and indirect set-pieces.

Patrick was also a member of the Selecao U17 team. While his more skillful teammate painted their homeland with goals, he marshalled things from behind, forming a rock-like structure. Brazil conceded just once in the group stage and seven times the entire tournament.

The young defender showed qualities way beyond his age. With a good positional sense, he always wins back a lot of balls and knows how to impose himself on a game due to his ability to start attacking plays from the back. 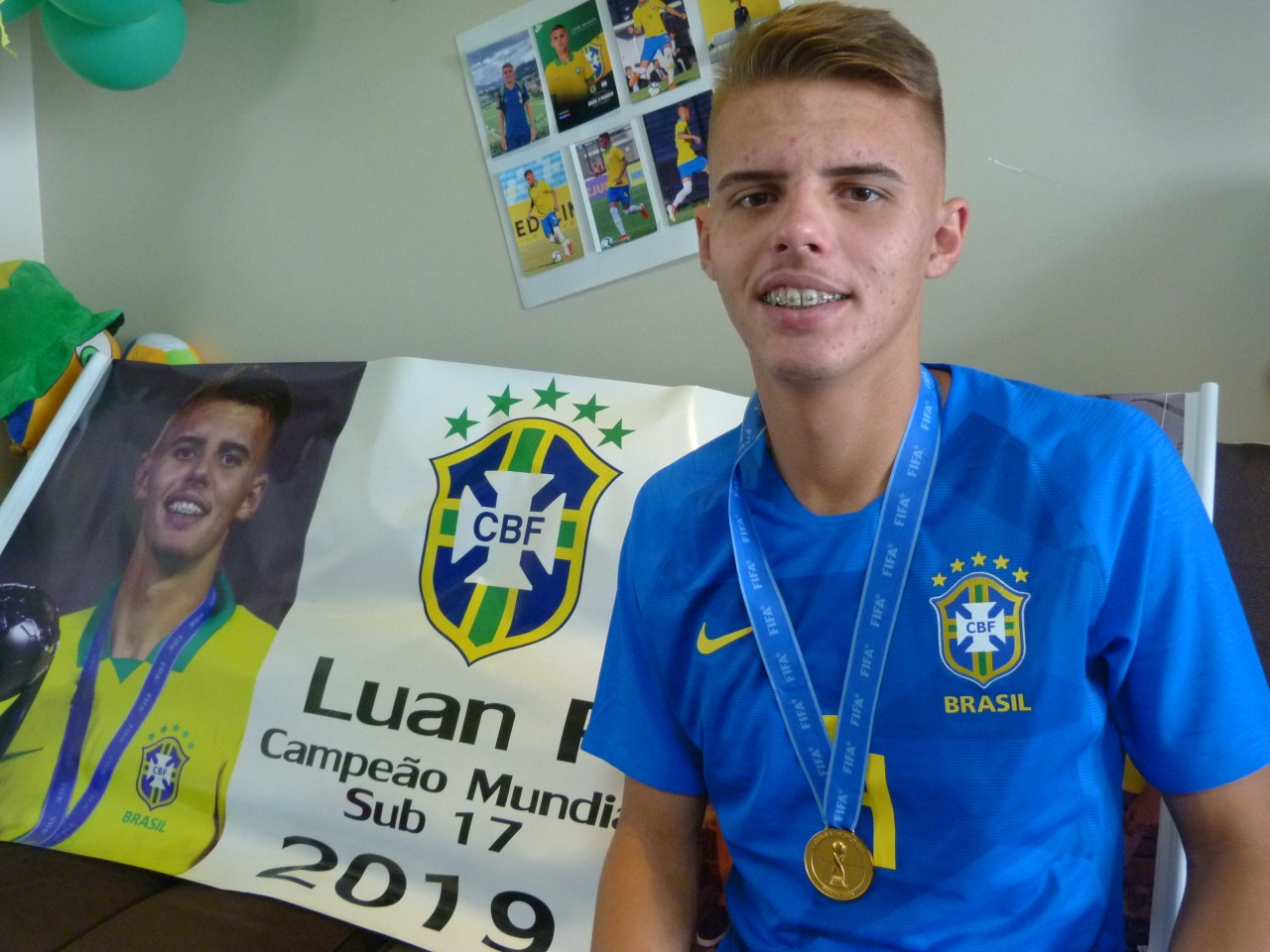 A versatile rearguard, the Brazilian’s has the composure that means he is always available to receive the ball under pressure and he knows all about the fine line between playing the ball out from the back and hoofing it forward to get it out of play quickly. A good reader of the game, he doesn't hesitate to stick his leg out to stop the opposition’s advances.

Patrick is also strong and physical. His aerial ability would help any top team become less porous when defending set-pieces and crosses. The 18-year-old, though, is still raw. He is yet to feature for Paranaense at the senior level.