Barcelona is one of the most successful clubs in the history of the beautiful game. The club has given us Cruyff's Dream Team, peak Ronaldinho, Pep's Juego de posición inspired the style of play and most recently, one of football's all-time greats, Lionel Messi. Here is a list of the 5 most humiliating and biggest defeats 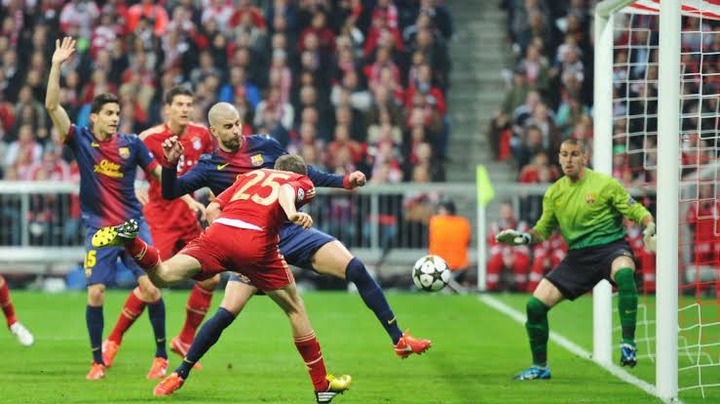 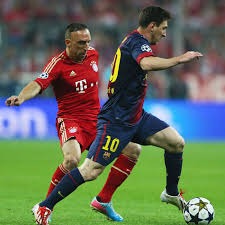 Bayern Munich's thrashing of Barcelona in this season's competition was not the first time the German giants had wreaked havoc on their Spanish opponents, with the Bavarians winning a semi-final match between the two clubs in 2013. The matchup presented two of Europe's most powerful sides, with one of Barcelona or Bayern having appeared in each of the previous four finals, but what was expected to be a tight battle in Munich turned out to be a lopsided affair. Jupp Heyncke's side brutally exposed a Barcelona side that was considered a small favorite heading into the match, with Thomas Muller scoring twice as the hosts destroyed the visitors to win the first leg emphatically. 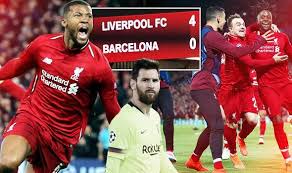 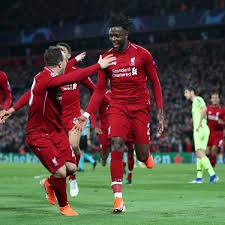 In the semi-finals of last season's campaign, Barcelona fell victim to one of Anfield's memorable European evenings, with the Catalan club being thrashed by Liverpool on a boisterous evening on Merseyside. The visitors had taken a 3-0 lead into the second leg of their last-four tie with Jurgen Klopp's side, whose task was made even more difficult by the unavailability of first-choice strikers Roberto Firmino and Mohamed Salah. Firmino's replacement, Divock Origi, was the catalyst for the Premier League side's incredible comeback, carving his name into the club's history after a remarkable recovery from the rampaging Reds. 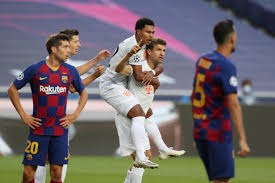 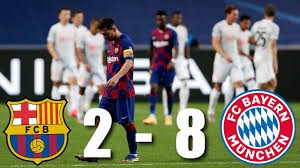 On August 14, 2020, Barcelona faced one of their darkest days in football history in Lisbon. With Quique Setien in command, a Champions League quarter-final tie that was already stacked against them became a complete nightmare. In contrast to the customary double-leg ties in the competition, Bayern Munich beat them 8-2 in a single game. The Blaugrana supporters had an interminable night as Bayern piled on the pressure from the start. With a wonderful second goal, Luis Suarez attempted to spark a comeback, but it was far too late. To add to the anguish, Philippe Coutinho, Barcelona's record signing, scored a brace for Bayern and even assisted on one goal. With Lionel Messi at the helm, this will go down as one of Barcelona's biggest defeats 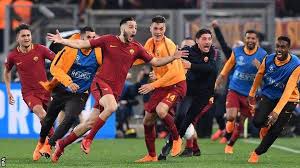 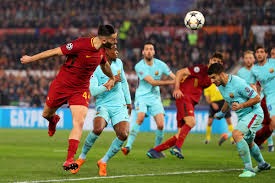 This game marked the end of an era at FC Barcelona in many ways. For many Blaugrana fans, the night in Rome signaled the start of a perception that Barcelona is vulnerable in key European away games. Barcelona led the 2017-18 UEFA Champions League quarterfinals 4-1 after a thrilling first leg victory at the Camp Nou. Despite the result, there were indicators in the first leg that Barca weren't as relaxed as the score indicated. With Edin Dzeko in fantastic form for Roma, the Giallorossi would have been quietly confident of at least giving Barcelona a worry. But what happened next was nothing short of miraculous. In the first half, Dzeko gave Roma the lead, and it was a harbinger of things to come. The Stadio Olimpico was at its most raucous, and it was a collosseum that proved too much for Barcelona to handle. Midway through the second half, Daniele De Rossi converted a penalty, and it seemed certain that Barcelona would concede another. Roma had the upper hand and were destined to win. 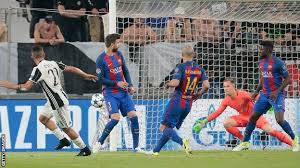 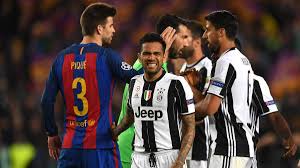 After the first leg of the Round of 16 in the 2016-17 UEFA Champions League, it didn't appear that Barcelona would be one of the quarterfinalists. In Paris, the Blaugrana were humiliated 4-0, and the tie appeared to be all but over. Then came the Remontada, with PSG losing 6-1 in the second leg at the Camp Nou. Barcelona was drawn in the semifinal against Juventus, and the first leg at the Allianz Stadium in Turin was meant to set the stage for a thrilling return leg at the Nou Camp. Instead, Barcelona was given a lesson on how to efficiently use possession. Juventus only had 32% possession in the game, but they looked like they were going to score every time they got the ball, especially in the first half. After two fantastic goals from Paulo Dybala in the first half, Juventus led by two goals. In the second half, Giorgio Chiellini scored to put Juventus up 3-0 and put the tie out of reach. Despite having the majority of possession and 16 shots on goal, Barcelona only had four attempts on target, none of which were particularly difficult for Gigi Buffon to stop. Barca were eliminated after the second leg ended in a 0-0 tie.