By Benuepost (self media writer) | 1 year ago 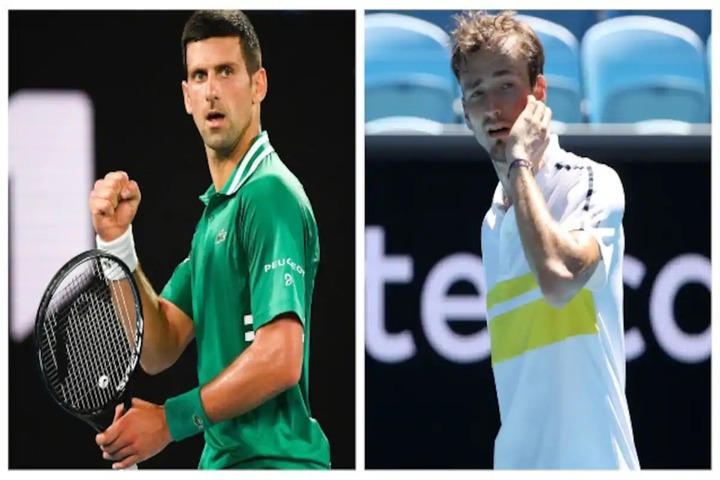 This is Djokovic's 18th Grand Slam title win, and he is now two short of equalling his 'Big Three' rivals Rafael Nadal and Roger Federer's record of most number of Slam wins. Both Nadal and Federer are tied at the top with 20 Slams so far.

For Medvedev, it was another hope dashed for a first Grand Slam victory.

Every time the Russian tried to find a surge of energy, Djokovic ended his hopes with smashing returns and bringing his own energy to the surface. Djokovic used superb serves and his usual relentless returns and baseline supremacy to grab 11 of 13 games in one stretch.

All said and done, it has been an incredible Australian Open. Naomi Osaka and Novak Djokovic denying first-time Slam opportunities to Jennifer Brady and Daniil Medvedev respectively.

Content created and supplied by: Benuepost (via Opera News )