10 Players who have played for both Liverpool and Tottenham Many of the world’s top footballers have plied their trade at Liverpool or Tottenham at some point in their careers. However, there are a number of players who have played for both these clubs at some time in their careers. So, without any further ado, let’s take a look at the players who have played for both Liverpool and Tottenham.

One of USA’s finest goalkeepers, Friedel joined Liverpool in 1997 from MLS club Columbus Crew. He played as a second fiddle to David James at the time of his joining.

Despite James departing in 1999, Friedel could not be a starter and became the second-choice keeper to Sander Westerveld. Friedel eventually left Liverpool in 2000 with 30 appearances to his name.

After leaving Anfield, Friedel enjoyed a long stay at Blackburn Rovers whom he helped win the League Cup in 2002. Friedel left Blackburn in 2008 and had a spell at Aston Villa after which, he joined Tottenham Hotspur.

Despite being 40, Friedel was a regular for Spurs in his maiden season, the 2011-12 season, and helped the club to 4th place in the Premier League. However, the arrival of Hugo Lloris relegated Friedel to the bench. Friedel eventually retired at Tottenham in 2015 with 67 appearances for the club. During his final days at Tottenham, Friedel was the club’s ambassador to the United States. 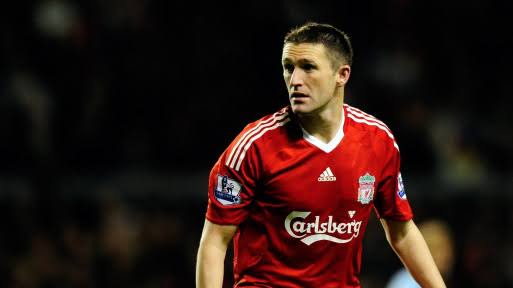 One of the greatest Irish footballers of all-time, Robbie Keane played for both Liverpool and Tottenham Hotspur during his playing career.

Keane joined Tottenham from Leeds United in 2002 on a transfer fee of £7 million. The striker played for Spurs till 2008 before joining Liverpool. After half a season at Liverpool, Keane returned to Tottenham and this time played at the club till 2011. Keane made a total of 298 appearances for Spurs, scoring 120 goals and 24 assists. He made only 28 appearances for Liverpool, scoring 7 goals and providing 5 assists.

The German full-back joined Liverpool in 2000. However, knee issues saw him playing only the one season at Anfield where he made 32 appearances, scoring and assisting once. Ziege helped Liverpool win the League Cup that season.

He joined Tottenham in 2001 but couldn’t establish himself as a regular due to the worsening of his knee issues. Ziege eventually left the club in 2004. The German-made a total of 53 appearances for Spurs, scoring 11 goals and providing 3 assists.

In 1990, Liverpool manager Kenny Dalglish wanted some more attacking options to his squad. He decided to borrow Israeli striker Ronny Rosenthal on loan from Standard Liege. Rosenthal scored 7 goals in 8 matches for Liverpool. This propelled Dalglish to sign him permanently in 1990. However, Rosenthal found it hard to be a regular starter due to the presence of Ian Rush and Peter Beardsley.

Rosenthal eventually left Liverpool in 1994 with 21 goals to his name in 86 appearances. He joined Tottenham Hotspur in 1994 and played there till 1997, scoring only 4 goals in 90 matches. 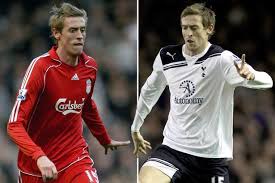 Current Burnley striker Peter Crouch played for Tottenham Hotspur’s youth team from 1995-1998. Crouch joined the senior team in 1998 but did not make a single appearance as he mostly spent his time at other clubs on loan.

After spending 5 years at as many clubs, Crouch joined Liverpool in 2005. He made 135 appearances for Liverpool from 2005-2008, scoring 42 goals and providing 14 assists. Crouch won two titles at Liverpool and also helped them reach the Champions League final in 2007. He was the joint-second highest scorer of the tournament with 6 goals.

Following a brief second spell at Portsmouth, Crouch joined Spurs in 2009. The striker made 93 appearances for Spurs from 2009-2011, scoring 24 goals and providing 21 assists.

Paul Walsh joined Liverpool from Luton Town in 1984 on a transfer fee of £700000. Walsh won two trophies with Liverpool and was a regular until the arrival of Peter Beardsley. Walsh eventually left Liverpool in 1988 with 112 appearances and 37 goals to his name.

Walsh joined Tottenham and made 157 appearances for the club, scoring 21 goals. His heavy drinking prevented him from performing to his full potential. In 1991, he punched Spurs’ reserve manager who is at the top of this list. This was the reason why Walsh was kept out of the team. He eventually left Tottenham in 1992.

Danny Murphy spent the best years of his career at Liverpool. He joined the club from Crewe Alexandra in 1997 and made 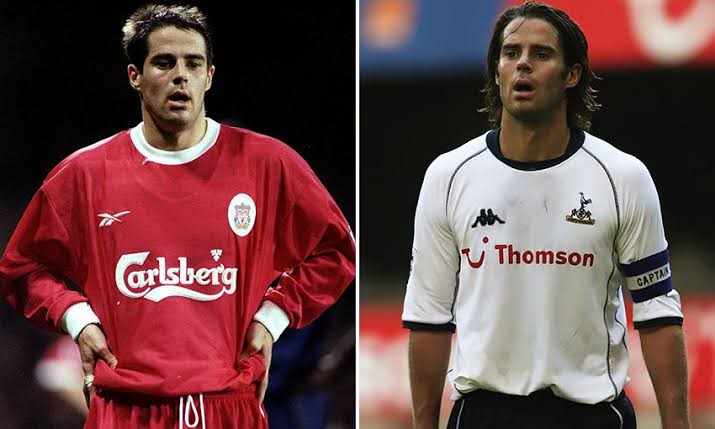 He came through Liverpool ranks as a young smart dynamic player. He captained the Reds and helped them win multiple domestic trophies. He later left the club and joined Tottenham Hotspur where he also became club captain under Glen Hoddle.

Nicknamed as Bond by his Liverpool team, he was an ice-cool player and won the league cup in his very first season at Liverpool in 1995. He joined Tottenham a year later only and even went on to score a goal against Liverpool.

He was never too successful at either Liverpool or Tottenham but tried his best to settle in at both the clubs. In fact, his Tottenham spell was only a loan move.

It was even tougher for him to settle at Liverpool under legendary boss Kenny Dalglish as the Reds were themselves struggling to settle in the Premier League after a decade of bad finishes in the league.