By kapitaG (self media writer) | 9 months ago 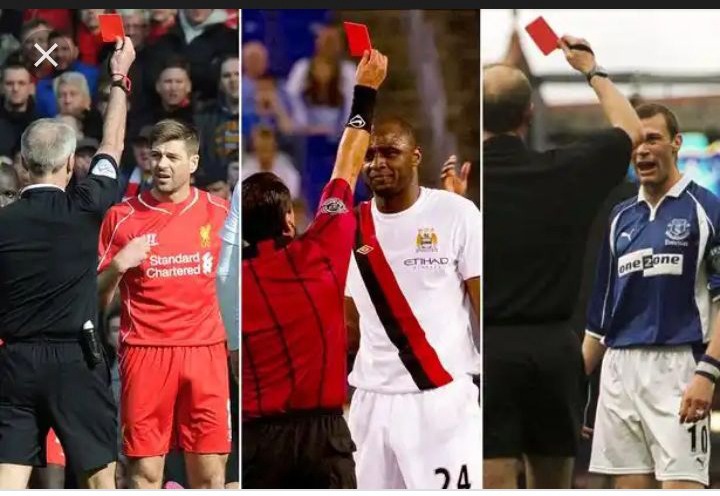 The combative attitude of football players in the English Premier League has cultivated their reputation for physicality and roughness, one that both fascinates and repulses the watching public. This article will name and shame the players who have received the most red cards in Premier League history. 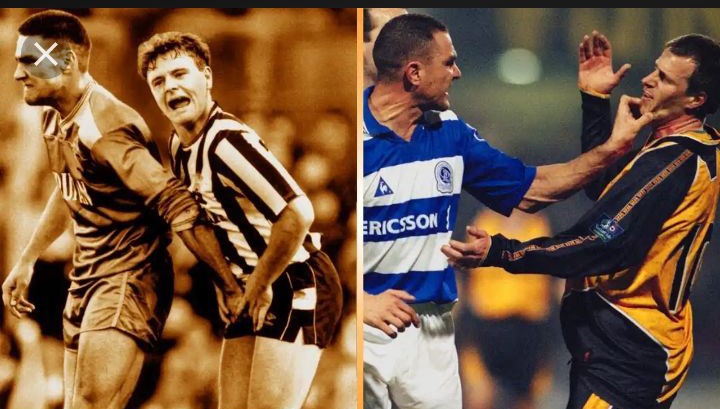 Now Vinnie Jones is the most talented man on this list. Like, really. Jones had a pretty distinguished football career and represented Wimbledon, Leeds, Sheffield United, Chelsea, Queens Park Rangers and also the Wales national team. His football career lasted for 15 years.He then went on to capitalise on his hard-man image on the football field to become an actor in iconic films such as Lock, Stock and Two Smoking Barrels.He has also worked as singer and presenter. But Jones was also good at one more thing. Getting red cards. 10th on this all-time list, Jones, the 'hard man' defensive midfielder got sent off 12 times during his career. 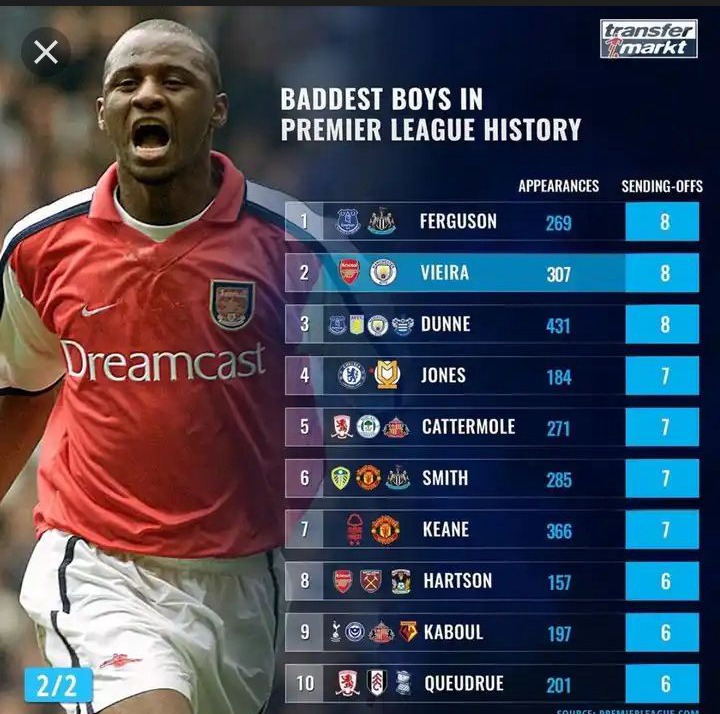 Patrick Vieira was a midfield enforcer for Arsenal between 1996 and 2005. He returned for Manchester City in the 2010-11 season. Vieira’s size and willingness to get stuck into the tackle resulted in him being sent off 8 times. He also had numerous spats with Roy Keane.

The sole forward to appear on this list, ‘Big Dunc’ spent over a decade terrorising Premier League defences with his aggressive and highly competitive style. A cult-hero at Everton, whilst at Rangers the striker once received and served a three-month prison sentence for an on-field assault of Raith Rovers defender John McStay. His famed temper and menacing presence continued with a switch to English football, where is he tied as the most sent-off player in the Premier League’s history. He also holds the record for the most straight red card offences, with six, his final dismissal coming for punching an opponent in a game against Wigan Athletic. 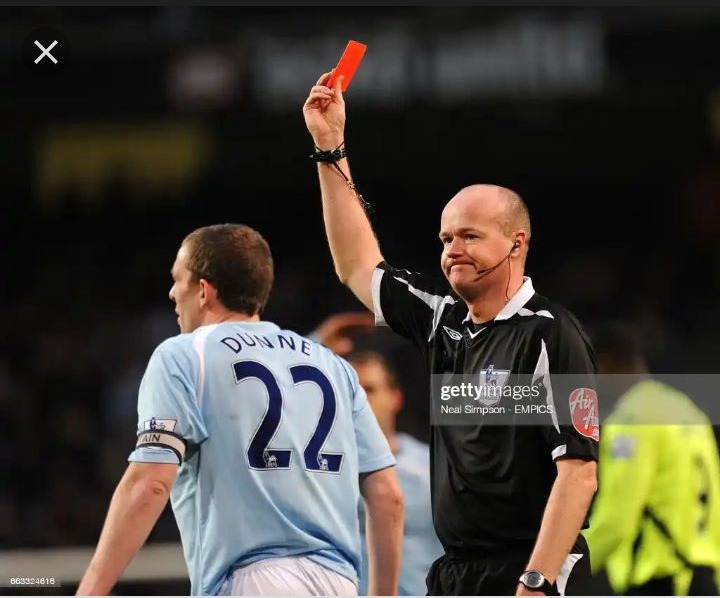 With eight red cards, Richard Dunne shares this unwanted title. Three of them came with Everton, before five followed with Manchester City. Never the quickest centre back, the Irishman got caught cold more than once.Still a fan favourite at the Eithad, Dunne wasn't the most technically gifted defender, but always wore his heart on his sleeve. While he may have headed for an early bath more often than most, 432 Premier League appearances is also a stat many find difficult to rival.