BARCELONA: See The Same Mistake Barcelona Made 3 Times In The 1st Half Which Atletico Used To Score

By Danladi (self media writer) | 16 days ago

Barcelona continue their poor run of form as they resume their La Liga campaign against a spirited Atletico Madrid who are arguably the best team in the league. Barcelona who are still missing a couple of their first-team players were the second-best team as Atletico Madrid utilized the two shots at goal they got in the first half. Atletico Madrid's goals came from Lemar and Suarez and the more amazing thing is that both players assisted each other in their respective goals. Suarez provided the final pass for Lemar who struck the ball beautifully with his left foot while Lemar returned the favour for Suarez who had enough time and space to pick out an angle.

Barcelona Central defenders made the same mistake thrice in the first half and they were lucky not to have conceded three goals in the first half. When Suarez provided Lemar with an assist, it was a first-time pass and the defenders left enough space between their lines for Lemar to make the run.

From the moment Suarez received the ball, he had already decided to pass it to Lemar and despite having six Barcelona players around them, none of these players could anticipate the pass to Lemar. Before Araujo could cover Lemar, the damage had already been done and Atletico got their first goal.

The same opportunity presented itself again and this time it was for Suarez but he couldn't convert the chance as he played it out wide. The same quick passing of Atletico came to play and a pass came to Suarez's foot; this time around, Barcelona had eight players mixed up with Atletico's four players but none of them couldn't anticipate the pass to Suarez. 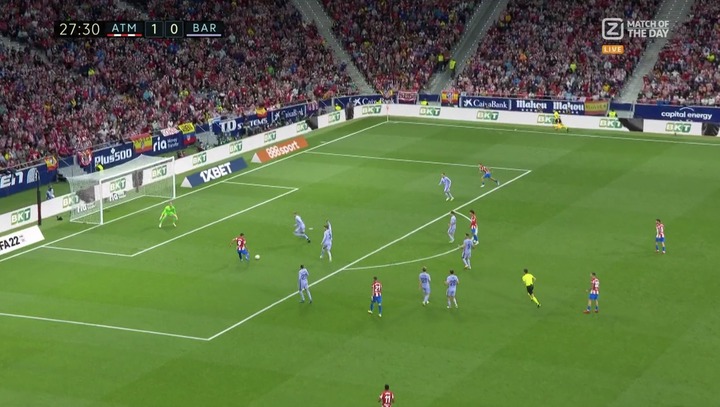 Barcelona still didn't learn from those earlier mistakes and repeated it in the 44th minute where Suarez finally punished them given the space he was allowed by Barcelona's defenders.

Depay had gotten his pass intercepted at the other half of the pitch and Atletico made sure it counted by playing it forward to Lemar who had enough space to himself. In the frame below, there are four Barcelona players behind Lemar who was with the ball and two to his right side but the four behind him failed to anticipate the pass.

He beautifully lifted the ball towards Suarez who had plenty of time to decide, he picked an and extended his team's lead by two goals. Immediately after scoring the goal, the Uruguayan refused to celebrate due to his previous history with the club but he later made a phone call gesture probably towards the Barcelona hierarchy. 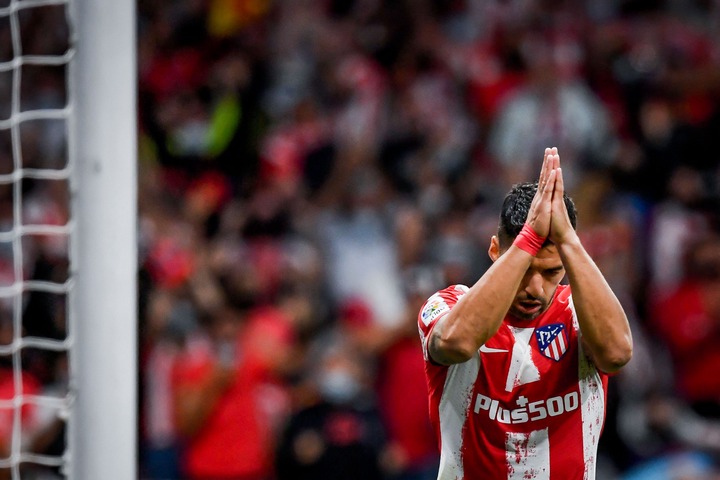 Barcelona made the same mistake of failing to anticipate a quick pass three times in the first half but they were fortunate to concede just two from those chances. If they continue to tread in this manner, they will find it difficult to maintain a top-four position in the league and they could end the season in one of their worst positions ever.

Koeman who is under pressure for his recent poor results is still on suspension as wasn't able to coordinate his team from the coaching area; he was spotted high up the stands making phone calls probably with his assistant who had been spearheading the affairs of the team in the league.

Reasons Why Chelsea Might Win The EPL This Season

The Function of A Winger In Football

6 Reasons Why You Should Stop Trying To Change Your Partner