By Charlesayor (self meida writer) | 24 days 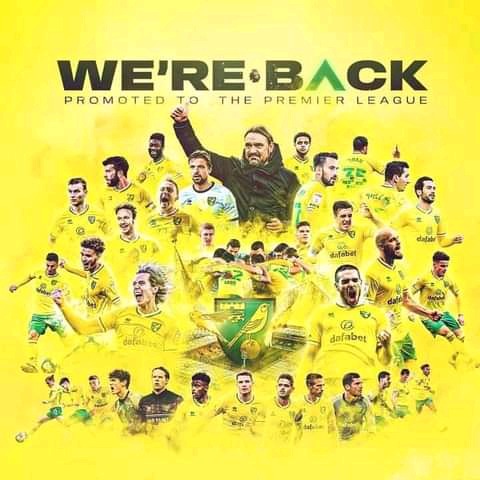 Norwich City have won promotion to the English top flight for a 5th time, after Brentford and Swansea's failure to win ensured Daniel Farke's side couldn't be caught in the automatic spots.

David Farke's men make an instant return to English Premier League following relegation to the English Championship in the 2019-20 campaign.

Only the Hornets, 8 points behind, can now deny them the 2nd-tier title for a 3rd time.It is the earliest they've achieved promotion since their first in 2004.

Saturday night's match against the Cherries can edge them closer to claiming the title with 4 matches left after that.

The Canaries lost thirteen of their last fifteen Premier League matches last campaign as they returned to the English Championship after just 1 campaign in the EPL. 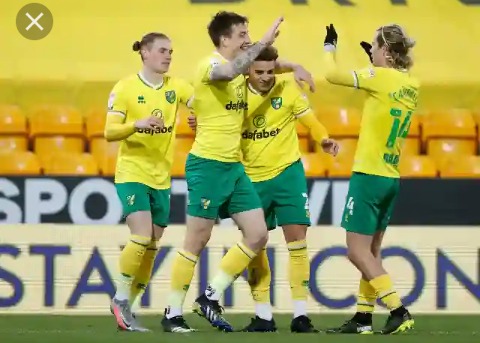 But while most relegated teams struggle to turn around a losing mentality in the following campaign, Norwich City stayed calm and kept faith with head gaffer Daniel Farke and the nucleus of the squad which took them up the previous campaign. 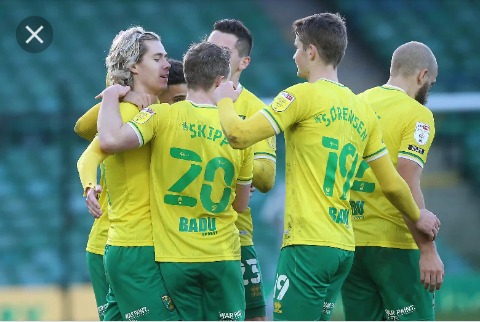 They got just 4 points from their first 4 matches but moved to the summit of the standings with win at Middlesbrough in late November, twelve matches in, and hardly looked back.

MUN 1-2 LEI: Leicester City Are Now The First English Club To Reach This Milestone Since 2008