By Henryslaw (self media writer) | 16 days ago

WhoScored.com has announced its English Premier League squad of the month for September 2021. The analysis was based on the players' performances during the month's EPL matches in the 2021/2022 season.

Ederson, who plays for Manchester City, is the team's goalkeeper of the month. He recorded three clean sheets in three English Premier League games in September 2021. He has a rating of 7.12.

Manchester United right back Aaron Wan-Bissaka, Thiago Silva, and Virgil Van Dijk named the Defenders of the Month. Manchester City's Joao Cancelo has been named the left back of the month.

Here's how the squad is put together. 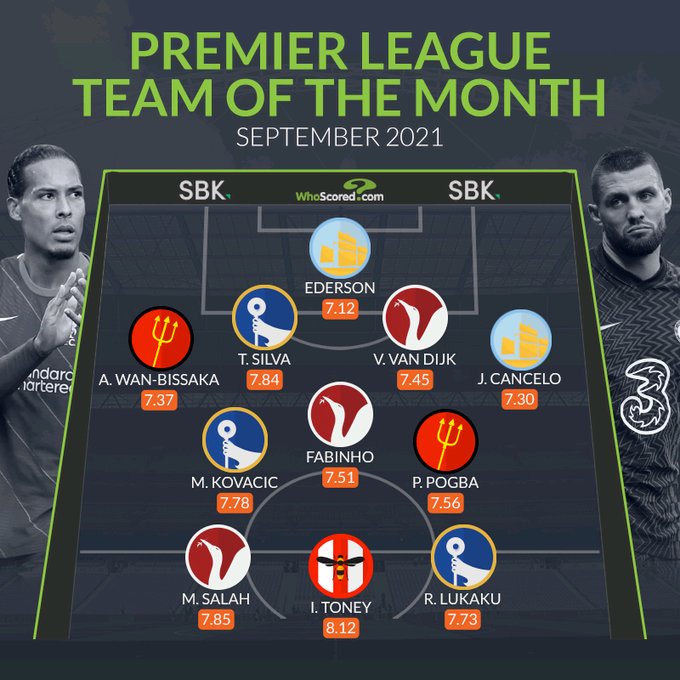