Thomas Tuchel, Pep and two others nominated for premier league manager of the month

By Giftokizz (self meida writer) | 1 months 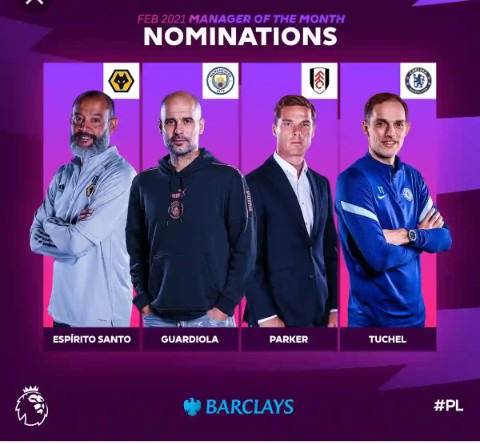 Pep Guardiola's manchester City extended their wining run to 14 premier league matches and 20 in all competitions. In which they scored 10 goals in big victories against Liverpool, Tottenham and Everton. Pep Guardiola's Manchester City also had wins over Arsenal, Burnley and West Harm in February.

Thomas Tuchel the new Chelsea boss went unbeaten in his first full month in the premier league, claiming victories over Tottenham, Sheffield United and Newcastle before the back-to-back draws against Southampton and Manchester United. 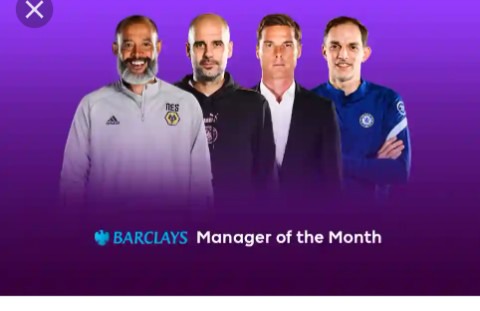 Nuno Espirito Santo also led Wolverhampton Wanderes to an unbeaten february, which includes a turnaround second half Victory against Southampton and a goal wins over Arsenal and Leeds United.

Scott Parker guided Fulham to nine points including their first ever premier league win at Everton. The run left them within three points of safety at the end of February.

What are your thoughts? And who do you think will win the premier league manager award for the month of February... Leave your comments.

Content created and supplied by: Giftokizz (via Opera News )

Arsenal Could Announce The Signing Of Chelsea Star This summer

How Liverpool, Chelsea & Manchester United Could Lineup For Their Next Premier League Matches

Checkout 2 footballers who Moved from Chelsea to Manchester.

Messi and Koeman enter crucial stage with Barcelona to discuss their futures with the club.