Santa Claus, the legendary figure originating in Western Christian culture who is said to bring gifts to the homes of well-behaved children on the night of Christmas Eve {24 December} or during the early morning hours of Christmas Day. In football, the one who wears the Santa Crown recently is Manchester United's goalkeeper David de Gea Quintana. Since the start of last season, no player has made more errors leading to goals in the Premier League than David de Gea (6). These gifts giving on a silver platter has cost United vital points, many of which would have positioned the 20-time champions in the top three positions.

It’s a shameful presentation considering the quality inherent in the Spaniard who joined Manchester United in June 2011 for £18.9 million, a British record for a goalkeeper at the time. To fans, it's befuddling how a player who in the last few years have been regarded as one of the best goalies in the World, - has become ordinary. On his good day, he is akin to the fictional character and protagonist in The Lord of the Rings' famed for his immortal words "You Shall Not Pass." Sadly, in 2019, the word"Best" can't be used in the same sentence with De Gea.

Only on Sunday, December 22, 2019, in a match-day 18 fixture at the Vicarage Road, the 29-year-old dropped a clanger in the 50th minute which gifted the Watford FC their opener through Ismaila Sarr – leading up to their most outstanding performance since the start of the season – as they won 2-0 with Troy Deeney putting the icing on the cake. A happy Christmas for the Hornets. 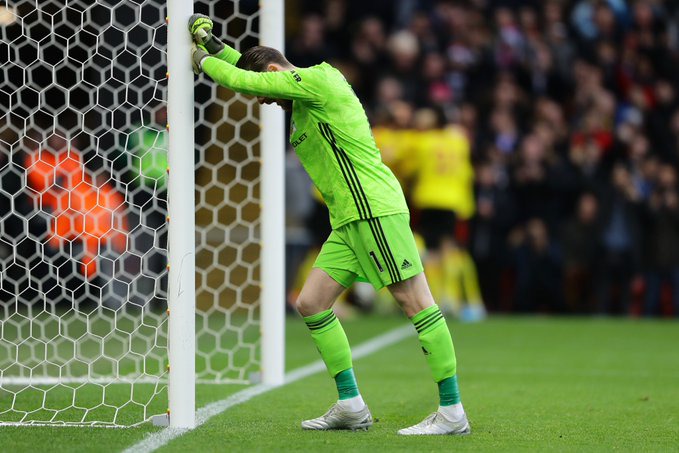 In January 2012, De Gea was confirmed as farsighted, although this is not thought to have affected his performances. It's hard to concur, based on his recent gifts.

A reminder, the goalkeeper could have made a switch back to Spain following an intense pursuit of his signature by Real Madrid. The Madrid born goalkeeper has been linked with a move to the La Liga giants for years and it looked like he would get his move in the 2015 summer transfer window until a reported dodgy fax machine meant the deal fell through at the last minute and the 27-year-old stayed at Old Trafford.

Speaking to Manchester Evening News on the fax-machine incident, De Gea says “I was nervous to play at Old Trafford again.” Ironically, that’s how the fans feel with him in goal.

No Surprise to note that Since joining United, De Gea has made over 300 appearances and won a Premier League title, an FA Cup, a League Cup, three Community Shields, and the UEFA Europa League. For three consecutive seasons from 2013–14 to 2015–16, he was elected as United's Sir Matt Busby Player of the Year, the first player in the award's history to win on three successive occasions (four in total), as well as being included in consecutive PFA Team of the Year sides from 2015 to 2018. In 2018 he was named in the FIFA FIFPro World XI. 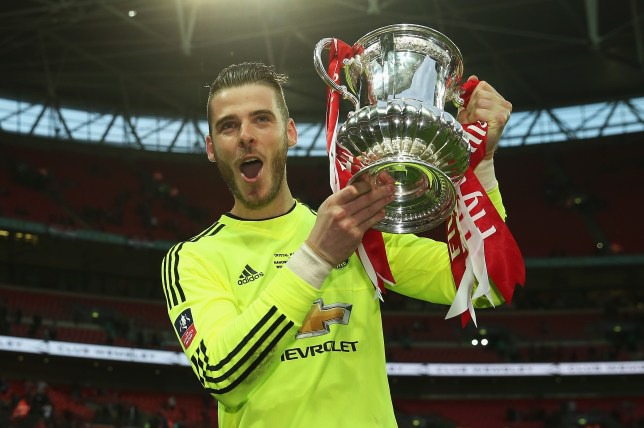 Manchester United are 8th on the table after 18 matches with 25 points. Sacre-blue!