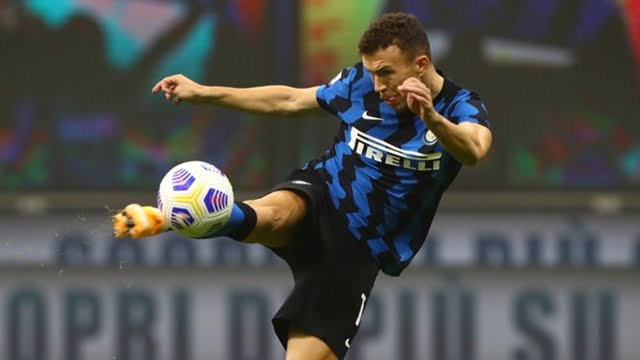 Inter will accept €10m for Perisic

Inter are willing to accept an offer of just €10 million for Ivan Perisic - according to Gazzetta Dello Sport.

The Italian giants are prepared to let the Croatian winger leave the club for a cut-price fee in the summer transfer window.

Aleksandar Kolarov is also set to leave Inter at the end of the season, while Matteo Darmian and Ashley Young could also be offloaded.

Thomas Tuchel is eager to lure Dayot Upamecano to Chelsea from RB Leipzig - according to Kicker.

The Blues will enter the race to sign the French defender when his €43 million (£38m/$51m) release clause becomes active in the summer transfer window.

Manchester United are in pole position to sign Nikola Milenkovic from Fiorentina - according to La Repubblica.

The 22-year-old's current contract is due to expire in 2022, and he is unlikely to sign a contract extension at Artemio Franchi Stadium.

Fiorentina could let him go this summer, with United poised to win the race for his signature ahead of Juventus, Inter and Milan.

Borussia Dortmund are showing an interest in Ajax goalkeeper Andre Onana, who has just one year left on his current deal with the Dutch champions.

The 24-year-old is regarded as one of the top goalkeepers available in the summer market, with the Amsterdam club keen not to lose him for nothing in 2022 when his contract expires.

Chelsea, Tottenham and Barcelona have held an interest in the past but have yet to show any intent to enter the market for the Cameroon international this time around.

Real Madrid have put long-serving left-back Marcelo up for sale, according to El Chiringuito.

The 32-year-old has played more than 500 times for Madrid since signing from Fluminense in 2006.

Ferland Mendy has been Zinedine Zidane's usual pick at left-back this season, and Madrid are apparently keen to ensure they bring in a fee for Marcelo while they still can.

Manchester United wonderkid Shola Shoretire will shun interest from outside England to sign a professional deal at Old Trafford, reports the Mirror.

The 17-year-old is reportedly a target for the likes of Paris Saint-Germain, Bayern Munich, Barcelona and Juventus.

Tottenham to send Bale back to Madrid (Marca)

Tottenham doesn't want Gareth Bale beyond his 2020-21 loan and are prepared to ship him back to Real Madrid, writes Marca.

Bale has been in and out of Jose Mourinho's squad this year, not quite living up to the expectations Spurs held when they brought him into their team. But with Harry Kane injured, Bale might have one last chance to make a positive impression.

Marca have reported Karim Benzema is keen to join boyhood club Lyon before retirement, with the publication quoting the French footballer's former agent Karim Djaziri to back its claim.

"He is torn between leaving the best club in the world and returning to Lyon, it's a matter of time," Djaziri said of the Real Madrid star's thinking. "His dream is to return to Lyon and do great things. Wearing the captain's armband with the youngsters could be magical."

Manchester City striker Sergio Aguero apparently wants to play with Lionel Messi in Spain, according to reporter Santi Ovalle, and has had his representatives reach out to Barcelona.

Because of Barcelona's massive debt, though, it's possible Messi won't be at the club much longer.

Borussia Dort to stay a step ahead of Jadon Sancho's potential departure this summer, lining up attacking targets who could ease the pain of that substantial creative loss.

Veteran striker Sebastian Abreu is set to line up for his 30th team at Brazil's Athletic Club, the Minas Gerais side confirmed to Globoesporte.

The 44-year-old will play in the Mineirao state championship, having already clinched the world record for most clubs represented by a single player during his wandering career.

The fee is an estimated $6 million but could rise to $8 million when the dust settles.

Odion Ighalo has joined Saudi side Al Shabab after his loan spell at Manchester United came to an end.