By Brimkam (self media writer) | 9 months ago

Sky Sports claim that the English Premier league side, West Ham United FC are going to do whatever they can to secure the signature of the English sensational attacking midfielder, Jesse Lingard on a permanently when his loan from Manchester United FC expires at the end of the current campaign. 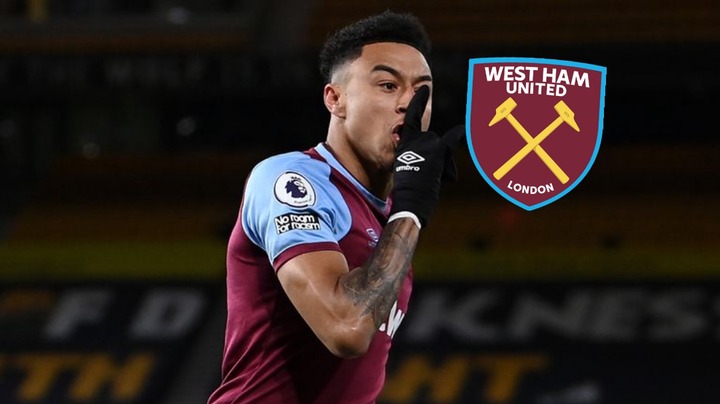 The 28-year-old ace had absolutely no place in plans of Manchester United head coach, Ole Gunnar Solskjaer and had only made two Carabao Cup appearances in 2020/2021 for his parent club, before eventually leaving to get some playing-time at the London Stadium in January. Since then, the ace has scored six goals and provided four assists more goals in just eight English Premier League matches for the David Moses's side. Further more,, his superb performances earned him an England recall for the just ended international break, and it seems there could be a place for him in Gareth Southgate’s team for the upcoming European Championship.

The loan deal between the two outfits does not include a pre-arranged option to buy, which means that West Ham United FC would have to get the Red devils back to the negotiating table to thrash out fresh terms for a permanent deal. However, unless some sort of miracle happens and the 28-year-old penned a new deal at the Theater of Dream, Manchester United will most likely be quite open to a sale, given that his present deal there will be entering its final a year in the summer.