Kevin Owens and Otis defeated Roman Reigns and Jey Uso via disqualification on the December 4 episode of WWE SmackDown. Excluding the 2020 Royal Rumble, the defeat marked the first time that Roman Reigns has lost a televised match in 355 days.

Prior to this week’s SmackDown, Roman Reigns had not suffered a defeat on television since losing to King Corbin at WWE TLC 2019. Although Corbin won that TLC match, he needed assistance from The Revival and Dolph Ziggler to pick up the victory. 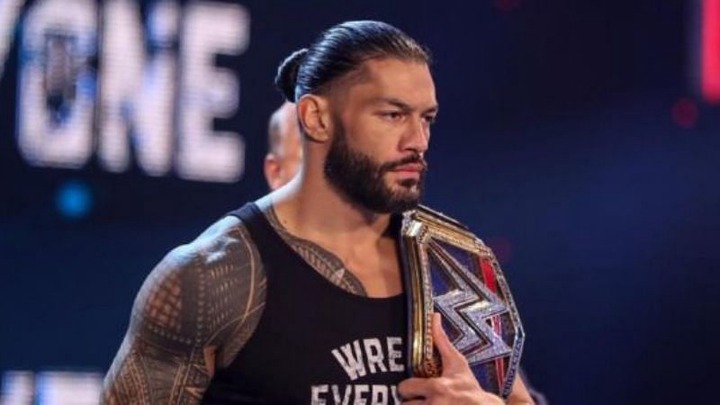 It is worth remembering that Roman Reigns did not compete in any televised matches between February 27 and August 30 due to the COVID-19 pandemic. However, his undefeated run still lasted an impressive 15 matches.

To clarify, when Asuka failed to win a Battle Royal in NXT, WWE did not mention the loss during her 914-day undefeated streak. That is why Roman Reigns’ 355-day undefeated run in regular matches is still noteworthy, despite his failure to win the Royal Rumble.

Who did Roman Reigns defeat in those 355 days?

Roman Reigns’ undefeated run began with a victory over Dolph Ziggler during FOX’s New Year’s Eve with Steve Harvey show. The former Shield member went on to defeat Robert Roode, King Corbin, The Miz, and John Morrison in the first two months of 2020.

In his first match back in August, Roman Reigns defeated Braun Strowman and The Fiend at WWE Payback to win the Universal Championship. He then joined forces with Jey Uso to defeat King Corbin and Sheamus in back-to-back weeks on SmackDown.

Since then, Roman Reigns has defeated Jey Uso on two occasions to retain his Universal Championship. He also recorded wins over Strowman and Drew McIntyre.

How did Roman Reigns’ run end?

SK Wrestling’s Rick Ucchino and Denise Salcedo reviewed SmackDown, including Roman Reigns’ main-event performance, on this week’s Smack Talk. Find out their thoughts on the Roman Reigns vs. Kevin Owens storyline in the video above.

The finish to the match saw Roman Reigns lock in a guillotine on Owens, despite the fact that Jey Uso was the legal man. The referee immediately called for the match to end, with Owens and Otis being awarded the win.

Roman Reigns had already taken Otis out with the steel steps, causing the former Heavy Machinery member to be sent to the backstage area.