EUROPEAN SUPER LEAGUE: We would BAN all Clubs and Players involved - UEFA President lashes out

By Kaaeeyy (self meida writer) | 20 days

Following the events of last night, where several clubs around the world came out to speak on the creation of a new league, which they called "The European Super League", there has been a lot of backlash from the fans and also the governing body. 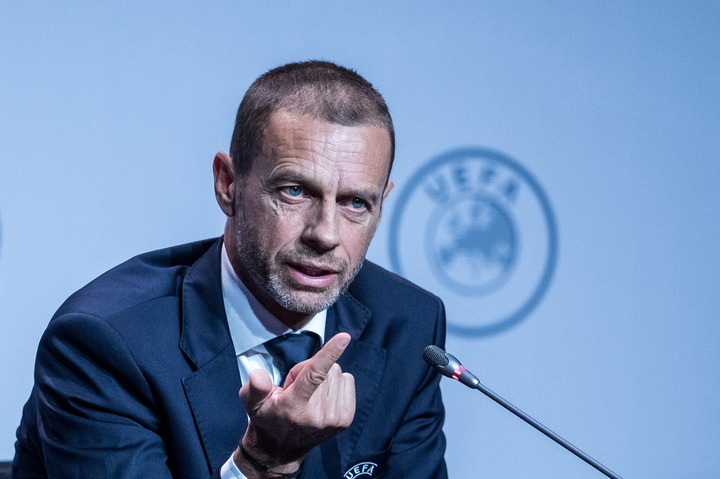 The UEFA body did not hesitate to show their disdain for this new league formation, as they believed that the new league was formed out of greed.

Last night, 12 clubs around the world;

and Juventus all came out to show their support for the new league which was created. However, the football governing bodies, such as; the Premier league, UEFA, FIFA and the likes have shown a disdain for this new project.

And in the latest press conference, the UEFA President lashes out on the 12 teams, as he called them "snakes".

And he said that he would make sure he uses everything in his power to ensure that the clubs and the players pay for this decision.

Content created and supplied by: Kaaeeyy (via Opera News )

Who'll Protect Us In The Future? - Buhari Asks As Attack On Security Agents Persist

Opinion: As For Sunday Igboho, Pastor Adeboye Does Not Need Your Sympathy

If We Kill All Security Agents, Who Will Protect Us From Future Emergencies?- Buhari Asks.