JBL is known for being a rather unique presence backstage in WWE. Former WWE writer Vince Russo recently pointed out why he and JBL never got along soon after he came to the company.

Vince Russo is a veteran writer in the world of wrestling and is credited for some of the most interesting and innovative storylines of the Attitude Era. 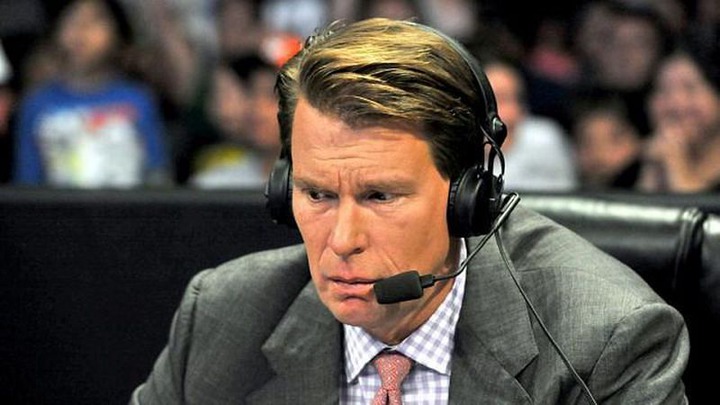 Dr. Chris Featherstone recently spoke to Russo about his time in charge of WWE, including JBL and Barry Windham. The two Superstars were teaming up as The New Blackjacks. However, the team had already been made when Vince Russo took charge of the writing department. According to the veteran, he did not like the team at all and felt that they were not working.

"Well, bro, you got to understand, that was done before me. I really can't tell you the reasoning for building that, because I was not a part of that. But when I did take over, they were already in existence and bro, for me, it just was not working."

Russo revealed that he sat JBL and Windham down to tell them that there was nothing for them creatively. According to the writer, from that moment on, JBL no longer liked him, because he was honest about his feelings regarding their team.

Vince Russo also commented on the issues that he had about JBL's team. He thought that the gimmick was an old one and that he did not share the mentality of the creative team when they were created. Russo felt that rather than having a lot of small stars who were somewhat liked, he wanted every wrestler in WWE to be actually over.

Vince Russo added that JBL and Barry Windham's team were not really able to live up to that.

"You had these two big Blackjacks or cowboys. And bro, listen, you got to understand too, I remember Blackjack Lanza and Blackjack Mulligan, I remembered them as a kid. They came up with this team more before I started writing on a full-time basis. Bro, I think the psychology was a little bit different. I think before I came in, the mentality was - I'm going to coin a phrase of the great Dutch Mantell - 'we got a bunch of good little hands'."

Vince Russo is certainly a controversial figure in the wrestling world, and is someone known for his contrary opinions. Anyone in charge of WWE creative is certain to make decisions that may not always be popular. JBL went on to have several successful gimmicks even after his team with Windham was dissolved