By Gistream (self media writer) | 2 years ago

Sport activities and betting on events of sport is a game of uncertainties, no one can correctly predict the event or which football club would win a match or loss. Most times betting depends on pure luck. Following the turn of events, jubilant Chelsea fans followed him according to his words and started calling him a goat, putting salf by using different kinds of emojis. Below are screenshots of their comments The young man could not bear it anymore as these Chelsea fans were hell bent on giving him all their words, he posted again saying he was sick now and warned them to stop the insults just because they won a match. 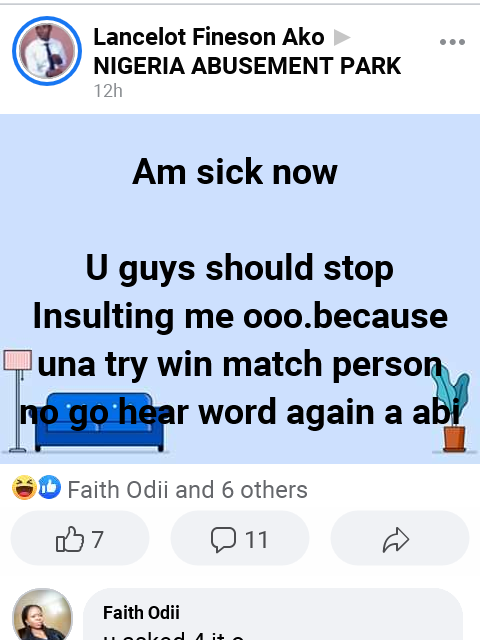 It is a thing of joy for Chelsea fans beating the most popular club and their worst opponent in the English Premier League. Manchester United is known to be a very formidable club with the best legs in football with the kind of Christiano Ronaldo and Rooney who are the most popular footballers of all times.

Will Man U clinch the Cup or allow Chelsea to hold it this time?? Content created and supplied by: Gistream (via Opera News )