The football world was stunned at the demise of one of it legend Diego Maradona. The 60-year-old Argentine legend died on Wednesday after a reported cardiac arrest. He underwent a surgery following a blood clot in his brain.. Thousands of mourners gathered at the presidential palace in Buenos Aires to see Diego Maradona's casket today - but there were scuffles as people jostled to get inside and see their hero.

No one knew that Maradona was going to die so soon and the cause of his death will be thoroughly investigated According to his lawyer. 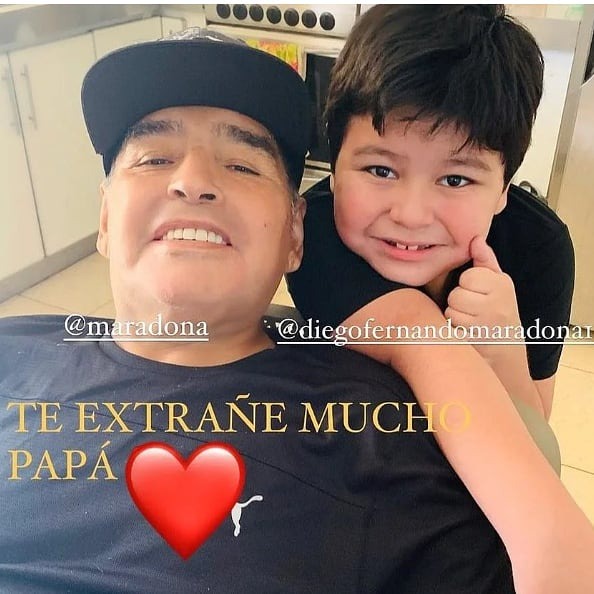 The ceremony was private hence a thousand of fans gathered around the presidential palace where his castle was just to see their hero and bid a finale goodbye but were restrain by the police. 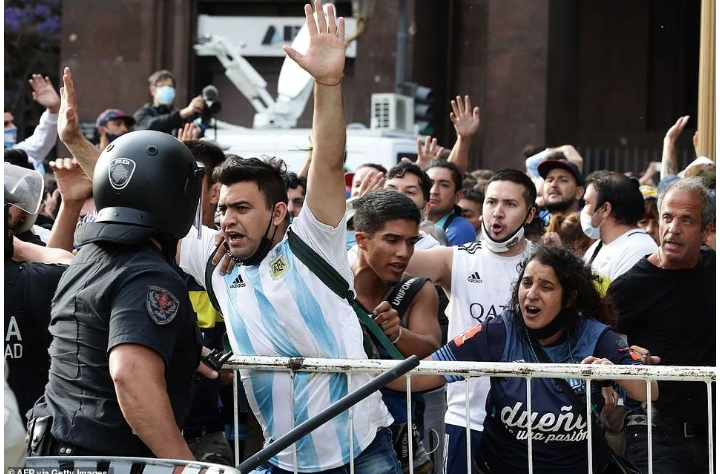 Aregentina players pay tribute to Maradona. Scarves, flags and jerseys were seen around the coffin which was drapped in the national flag. 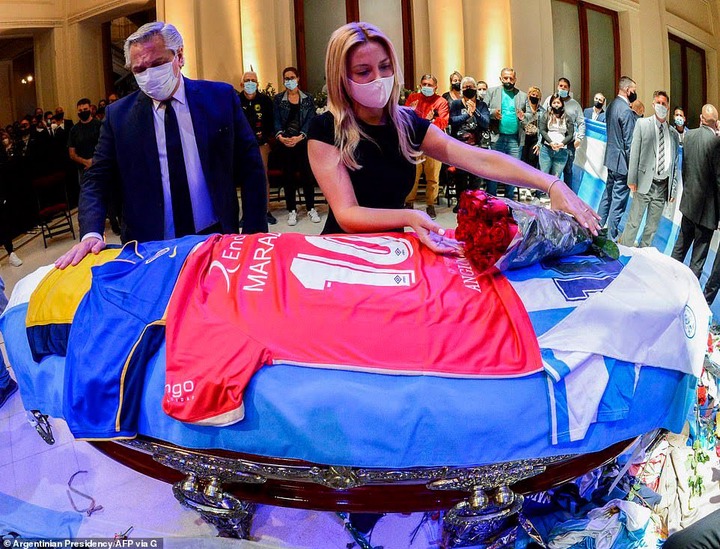 A replica of the World Cup trophy which Maradona guided Argentina to win in 1986 in Mexico was placed beside his casket. 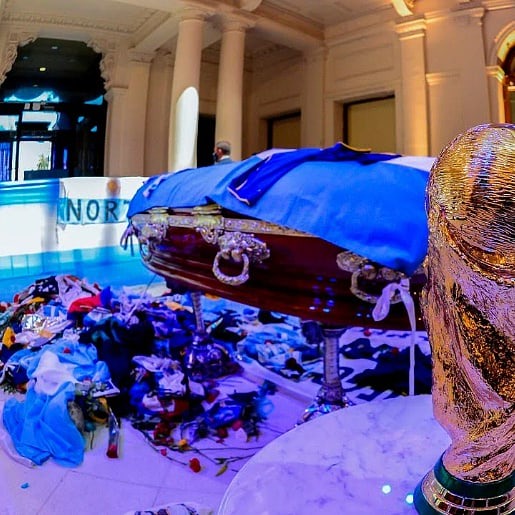 He spent the later part of his career in Seria A playing for Napoli having featured for the likes of Barcelona and Boca Juniors .

See more photos from his funeral 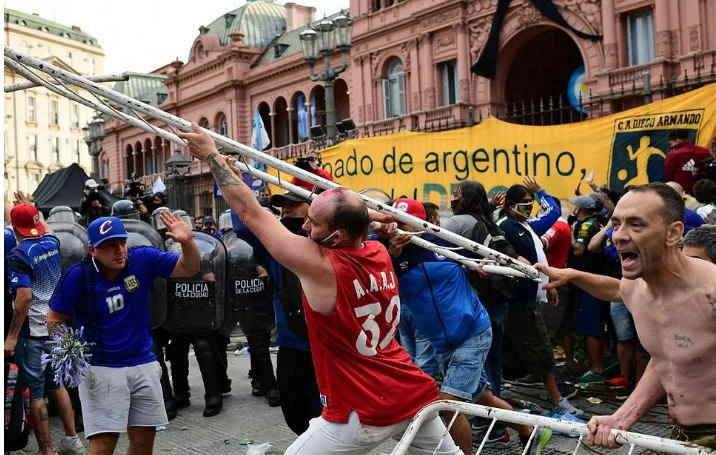 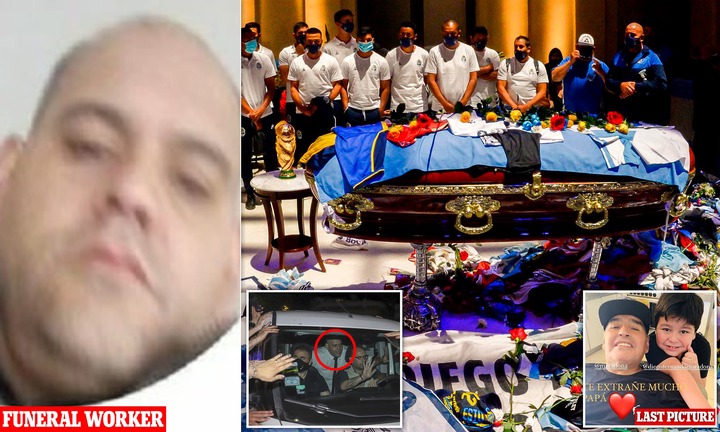 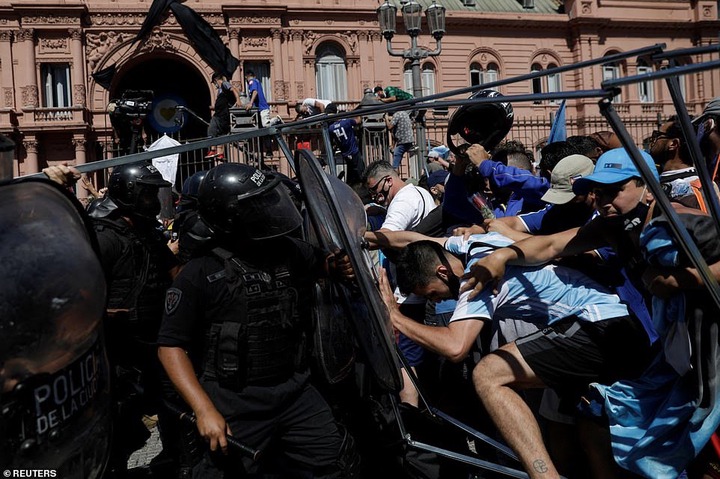 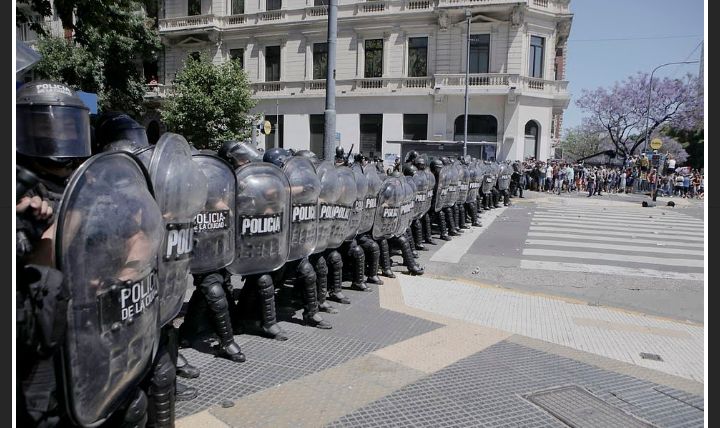 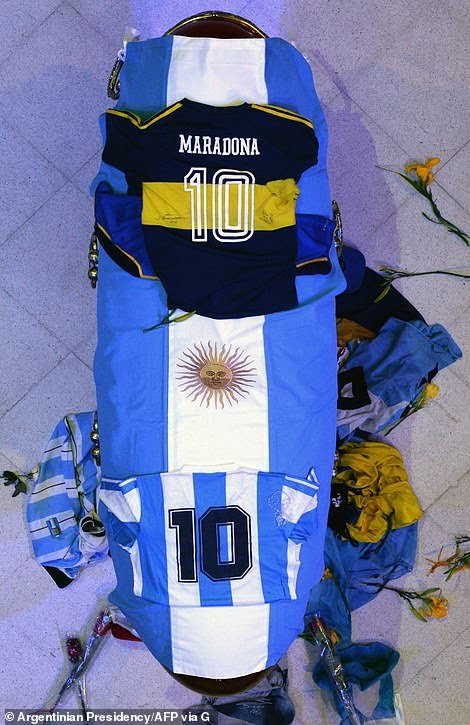 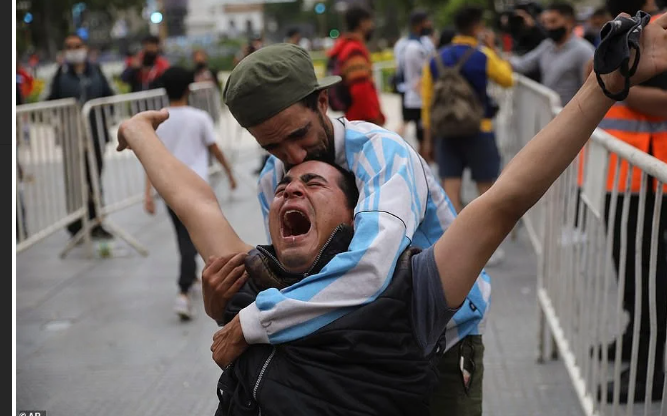 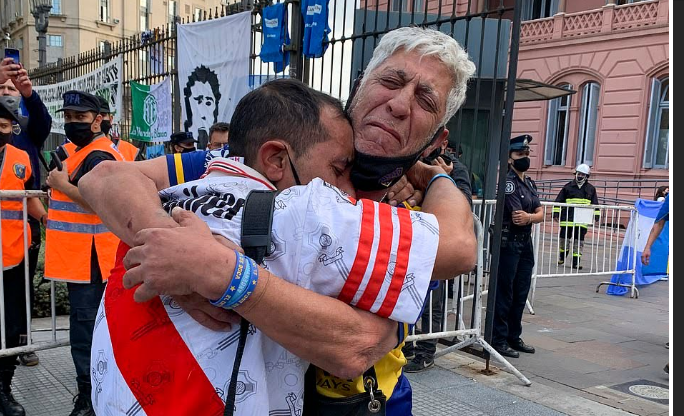 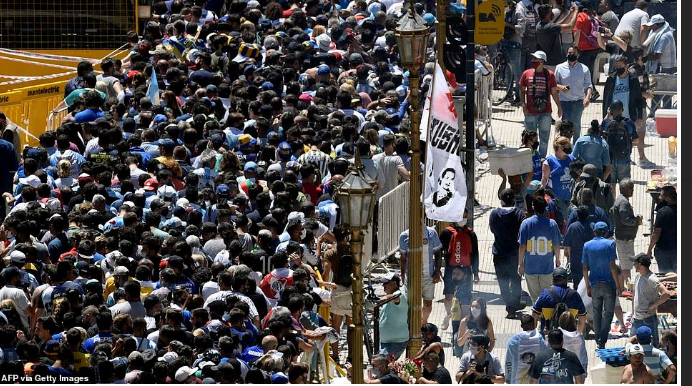 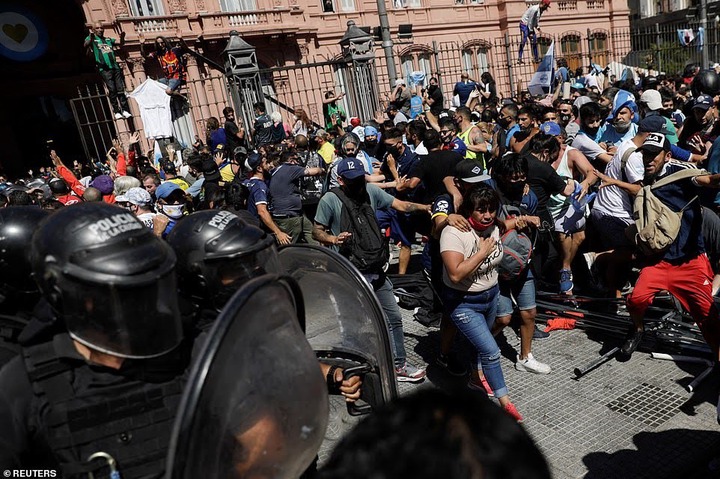 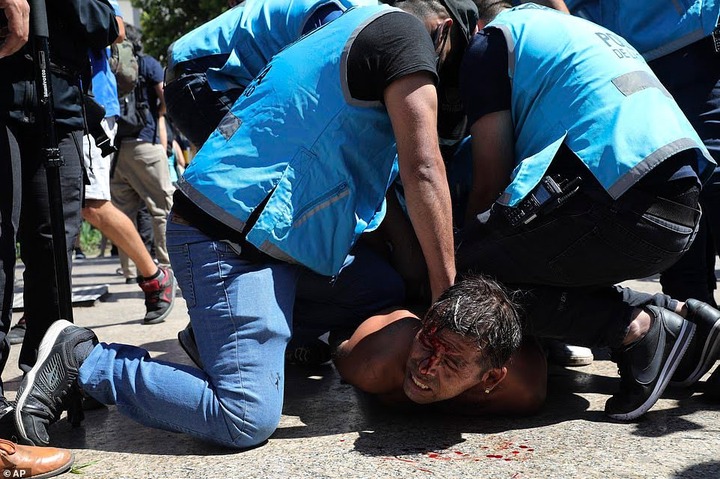