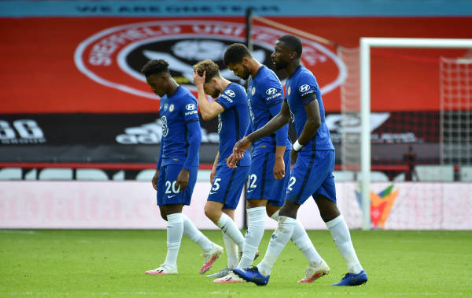 As we approach the Close of the 209/20 Premier League season, Former Arsenal Player, Ian Wright has has stated that Chelsea football Club Might Struggle to make top Four and secure a spot in Next Season's Champions League.

"I think Chelsea might struggle. I think going to Liverpool, with Liverpool wounded themselves ,’ Wright told British Media, DAZN.

"I’m getting a lot of stick from Chelsea fans but if you look at Man Utd’s run-in they’ll only have themselves to blame because they have the easiest run- in , whereas I think Chelsea have had the hardest run-in."

Chelsea are currently occupying third Position in the Premier League table and their Next two games would be against League Winners Liverpool and Europa League Hopefuls, Wolves.

Which two teams have the Better Chance of Qualifying?