Hazard has won the La Liga in his first season in Spain, see some facts you didn't know about him.

By Praise-God (self media writer) | 2 years ago 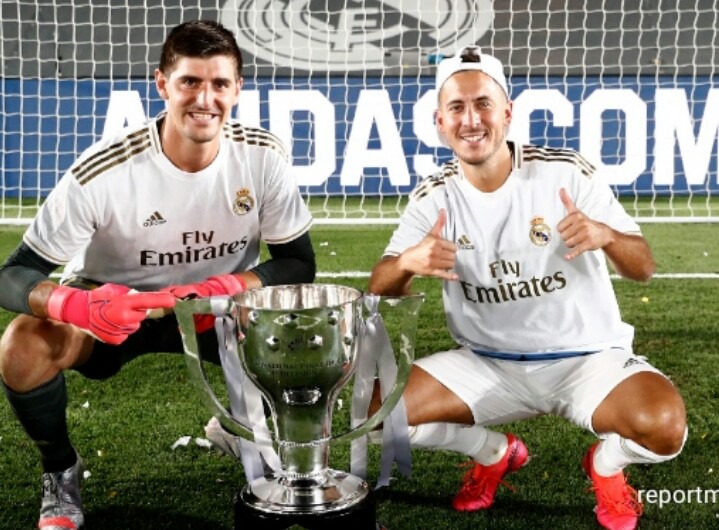 Eden hazard is a Belgian professional football player who plays for the newly crowned La Liga champions Real Madrid. He is regarded as one of the best creative players in the world of football today, due to his pace and dribbling ability.

The former Chelsea and Lille attacking midfielder is one of the best in his position, and has been described by some commentators, fans and football lovers as 'Joy to watch' and a 'defender's night mare' , he also loved and respected by his opponents and fans, though he is known world wide, there are some facts some of his fans might not know about the Chelsea legend. 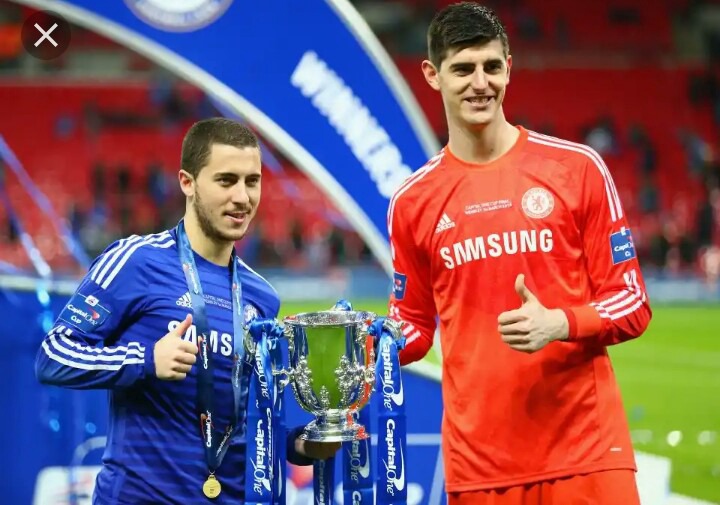 Below are some the the facts

1. His family is the most footballing family on earth.

Hazard was already a footballer before he was born, his father Thierry Hazard was a defensive midfielder at La Louviérè in the Belgian second Division, his mother Carine, was a striker for Belgian Women's first Division, she ended her football career when she was three months pregnant with Eden her first child, and his other three younger brothers are all professional footballers .

2. His younger brothers Thorgan and Kylian were Chelsea players before they moved to their respective clubs.

Eden's younger brothers Thorgan and Kylian were at some point Chelsea players, though it didn't work out for them at the club, after some series of loan moves, they decided to make it permanent move away from the London club. Thorgan is currently playing for Burrusia Dortmund while Kylian is playing for Cercle Brugge.

3. He Was the first Non-French player to win the UNFP young player of the year award.

4. His idol was his now manager Zinedine Zidane.

Hazard grew up watching Zidane play football, and he admired the Real Madrid's legend's playing style and decided to make him his idol, he was once quoted as saying "Like Zidane I want to inspire the kids" .

4. He became the most expensive Real Madrid's player with his contract with Chelsea one year.

Real Madrid announced on 7 June 2019 on their official website that Hazard would be signing with them for the 2019-20 season, after his move to the Madrid club, he became the most expensive player at the club, with a contract worth €100 million.

5. He has won the Ligue 1, the premier league and the the La liga titles.

Eden Hazard joined the list of players to have won a league title in three different countries after his new club Real Madrid were crowned the La liga champions on Thursday night.

Though his first season in Spain is not one of his best season due to some injuries, he has managed to win the La liga title with his new club.

Hazard will be looking to add the UEFA Champions League title to his trophy cabinet.

Do you know any other fact about him that is not written above? Then feel free to add it in the comments box.

Content created and supplied by: Praise-God (via Opera News )