The news of the Super Eagles playing 1-1 draw with Cape Verde in their Final Group C Qualifier game, may have hit a lot of Supporters hard but the fact remains that the Super Eagles Gaffer has been very good, qualifying Nigeria for previous tournaments with little worries. This World Cup qualifier came at a point where Nigerian Players have not been playing at the apex of their careers. 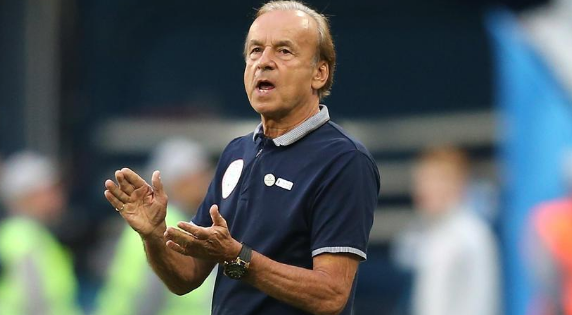 When Gernot Rohr brought Odion Ighalo back into the Super Eagles Team, after Ighalo had announced his retirement from International Football, football stakeholders and Supporters raised individual objections to his move but the German tactician knew what he was going through in the Team that no one else was seeing. The level in which Nigerian Players are playing in Europe is not convincing coupled with their characters on National duties compared to Club Football involvement. 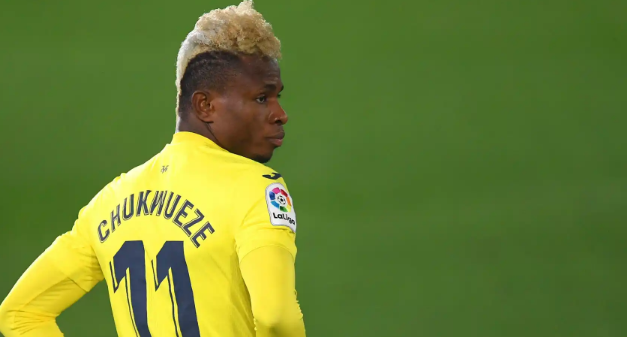 The only Super Eagles Player doing business in the UEFA Champions League is Samuel Chukwueze who is not even a regular for Villarreal of Spain. Due to injury and fitness, the Villarreal Player has not been able to play plenty World Cup qualifier games for Nigeria, his exposure may have been great but certainly couldn't replicate it for results with the Super Eagles. 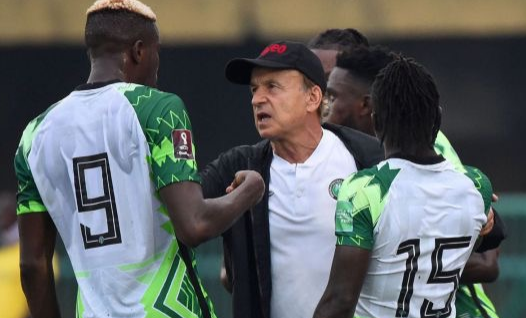 Victor Osimhen on the other hand has been fantastic for Serie A League Leader, Napoli that play in the second tier European Competitions, UEFA Europa League but his blend with other Players in the Super Eagles hasn't been smooth because he usually stands alone whenever he plays for Nigeria. The Super Eagles have found it very hard to play as a team based on the belief that every Player must earn for himself a name at the national level, bringing more sight of individual brilliance rather than Team work, which could be traced to their personal character, handling of National games when called up. 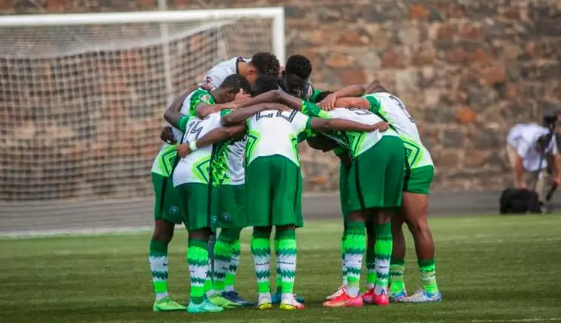 If we all agree that it is the duty of the Coach to make the Players work together at all cost, why will Gernot Rohr be bringing a Player who play in Saudi Arabia League back for rescue mission? He is not convinced with the available resources which couldn't be compared with the era of Okocha, kanu, Finidi, Amunike and Adepoju who were playing with Teams like PSG, Ajax, Inter Milan and Barcelona among others, when patriotism was at its best over the urge for monetary gains. Nigeria is currently blessed with average rated Players who wanted fame and money first before National glory. Aside blaming Gernot Rohr for the Eagles low performance, the crop of Players we have are not playing at the highest football level and it's not helping the situation and Current outlook of the super Eagles. The type of Passion Nigerians used to see in the Super Eagles Team when watching them has disappeared. 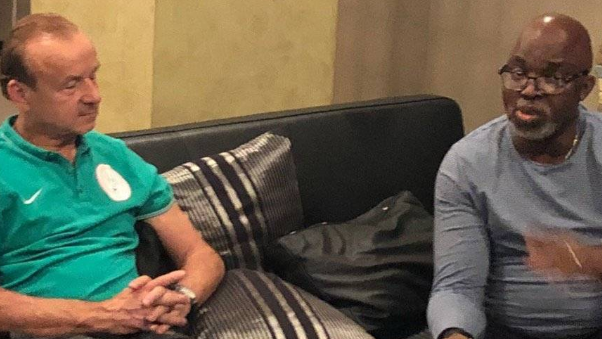 Nigerian Football Federation also contributed to the hitches experienced by the Eagles following the revelation that Gernot Rohr was being owed salaries and bonuses. Motivation is part of Human's living as it relates to productivity, if it doesn't come when due, there will always be problem and part of the challenges is what we are experiencing with the Super Eagles. It may have affected the Coach in sourcing for more new legs locally or in Europe, that could help his course. This set of Eagles are not exceptional, we need to also encourage them in signing contract with big Teams rather than jump on any European Club that knocks on their doors, Nigerian Football is running backward and not only Could cure the deficiencies. 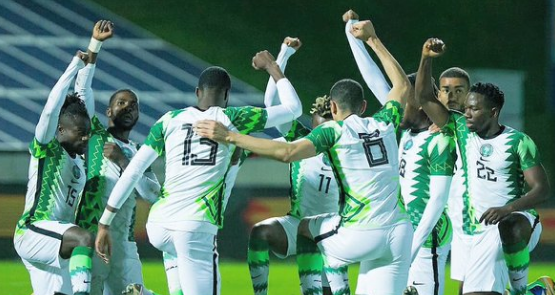 Will Mourinho or Guardiola wants to work with our set of Players if given the privilege to handle the Eagles for their playoff Match? It's up to your conclusion but what was obvious in the Eagles last game is that, The Super Eagles are not ahead of the game, they are all playing for different reasons which is why Gernot Rohr Alone shouldn't be castigated in case they are paired against a tougher opposition for playoffs. What will happen when Gernot Rohr is sacked, will it change the Players characters and mentality? Share your thoughts.