Renee Paquette appeared on the most recent episode of The Bellas Podcast to talk about her departure from WWE. The former RAW commentator specifically discussed what it was like working with the company during the COVID pandemic. 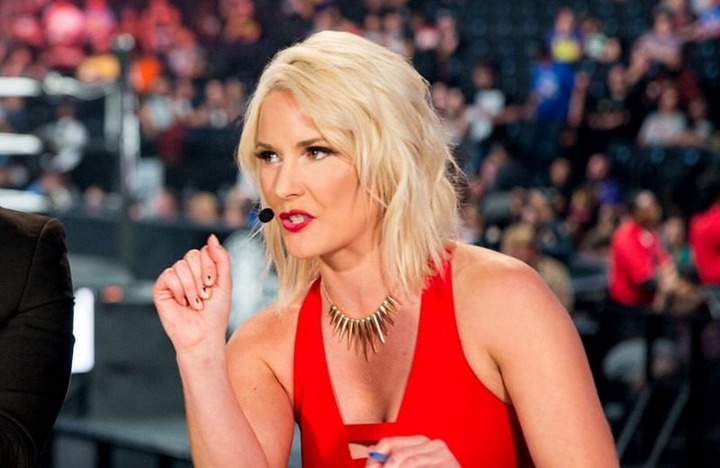 She recently parted ways with WWE back in August, citing the cancelation of WWE Backstage and the fact that she felt that there was nothing left to achieve in the company.

On the podcast, Renee Paquette opened up on how her plans had have changed after knowing that she is expecting her first child with husband Jon Moxley.

She revealed that her pregnancy, coupled with the existing COVID pandemic, forced her to raise questions regarding the safety of travelling to Orlando. Renee Paquette said:

"That was sort of the thing for me was finding out that I was pregnant and then I was supposed to do the kickoff show for the season premiere of SmackDown on FOX. I was supposed to fly to Orlando and that’s when I asked Brie [Bella] because I just didn’t know what to do about it. I was like, ‘Am I allowed to travel?’ Or what does that look like? How careful do I have to be with everything? I mean granted, I’ve already had COVID so I’ve not tested my antibodies in a while." H/t  WrestleTalk

Renee Paquette also paid credit to her former co-workers at FOX, saying that they were completely understanding of her situation, and wished her well. The former RAW commentator also spoke about how she being previously tested positive for COVID-19 and did not want to take the risk of returning to work especially considering she has a baby on the way. This point was reaffirmed by Brie Bella.

"I’m assuming I maybe still have them but I don’t really know, but then I reached out to my doctor too who I was seeing at the time and she was like, ‘You have to be so careful with everything and it’s just not worth it’ and Brie basically reiterated the same thing of just like how careful you have to be and how much more susceptible you can be during pregnancy to really any kind of an illness and it just obviously wasn’t worth it to roll the dice on that, and luckily everybody that I spoke to at FOX and whatnot, they were all so great and so receptive. They understood where I was coming from and they helped me out big time with that but yeah, I had to pull out of doing that show right away just because."  WrestleTalk

Renee Paquette recently revealed on Instagram, that she and husband Jon Moxley are expecting a baby girl. Jon Moxley revealed the news of Renee's pregnancy during a recent episode of AEW Dynamite.