By erictimelessbeauty (self media writer) | 7 months ago 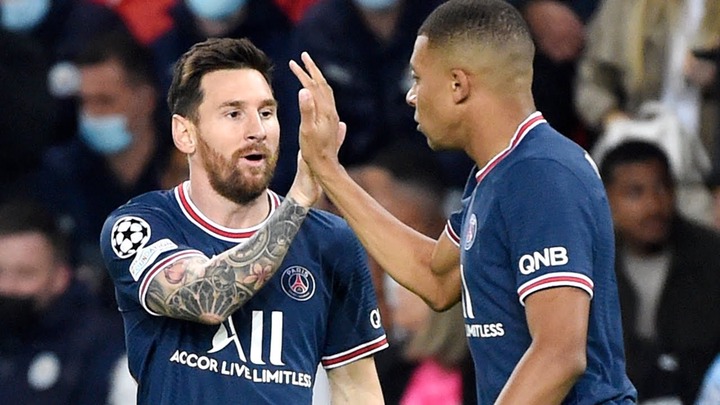 Leo Messi has silenced his critics by scoring a brace against RB Leipzig in a thrilling match in which PSG came back from 1-2 to win 3-2. Messi was the true hero on the night but he had a lot to thank Kylian Mbappe for.

There are several things that can be said about Messi's performance tonight and PSG must be rejoicing in the fact that the best player on the planet has finally showed his mettle tonight. Going by what we know of Messi, the best is yet to come!

Firstly, Kylian Mbappe showed that he can pair perfectly with Lionel Messi. Mbappe at the end of the match claimed that Messi was the best player in the world but Mbappe himself cannot be that far behind either because he literally assisted both of Messi's goal tonight after scoring the opening goal himself.

First, he was the one who laid the pass for Messi's equaliser and it was Mbappe who won the penalty that led to Messi's second goal. Mbappe immediately pointed to Messi after he won the penalty and Lionel Messi who doesn't often score ordinary goals scored a 'panenka' penalty!

Someone may argue that it was a soft penalty in the first place but no one will say it was easy to score. Ask Kylian Mbappe who skied the last minute penalty that could have completed Messi's hatrick had he chosen to take that kick himself.

Furthermore, LB Leipzig was a tough but to crack tonight and surprisingly so because the Germans have lost their previous two Champions League matches. The loss tonight was very unfair to RB Leipzig who had some key decisions go against them but they should blame their defenders that gifted nearly all the goals to PSG.

Thirdly, Messi has apparently worked himself into the PSG set up and already he is becoming indispensable to the team. Ignore any talk of Leipzig being a minnow, they looked to be on their way to stun PSG in Paris tonight before Messi cut that dream short by scoring twice.