Who are the most eccentric footballers so far?

If every player was as gentle, calm, and easy-going as Kaka and Kante, football would have been a game of class, but the beautiful game would eventually be uninteresting. They are players of weird nature, and their unpredictability has become an important source of entertainment for the fans.

Football is a passionate sport and sometimes that passion comes with a bit of craziness. On the other hand, there are crackpots who just happen to be world-class footballers.

As fans, we can’t help but be entertained when a footballer does something wacky. That rule stands whether the player occasionally veers into the eccentric or is a full-time, card-carrying member of the zany bunch.

Memorable Antics Of 5 Eccentric Footballers Who Played The Game In Their Own Unique Way.

Maradona is one of the greatest talents the beautiful game has ever seen. He’s also one of its most memorable characters.

The late great El Pibe de Oro is responsible for a long list of shenanigans on and off the pitch, including shooting an air rifle at reporters outside his home, crazy celebrations, and the mischievous goal he scored with his hand against England in the 1986 World Cup.

When Maradona wasn’t actually perpetrating his zany antics, he was threatening it. In 2010, he promised to run nude through the streets of Buenos Aires if Argentina won the World Cup. Fortunately, Spain prevailed with the Cup and the good people of Buenos Aires were saved from a frightening sight. 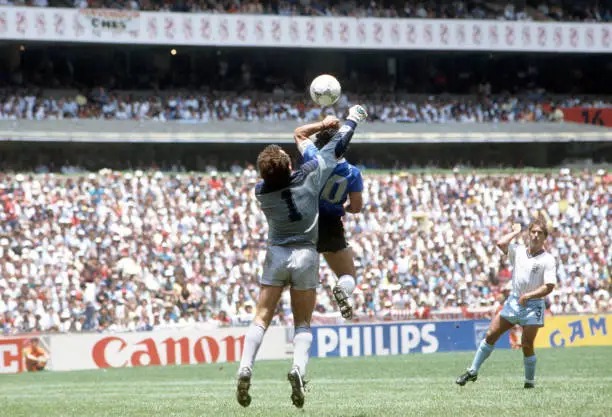 Cassano was a talented midfielder throughout his career in Serie A and La Liga. But let’s be honest. He was also a little unstable.

In fact, Fabio Capello, Cassano’s manager at Real Madrid, coined the term “Cassanata ” to describe his unpredictable behavior. The Italian football press had a field day with the moniker.

Highlights of Cassano’s bizarre forays include throwing his shirt at a referee, removing his entire uniform during a match, throwing tantrums at players and coaches, and brawling in his own locker room.

Cassano is surprisingly self-aware of his hotheaded ways. In Dico Tutto (I’ll Tell Everything), his 2008 autobiography, Cassano admitted that if it wasn’t for football saving him from a life of crime, he likely would’ve become a thief or worse.

No conversation about the bewildering antics of footballers is complete with a mention of Balotelli. The Striker from Palermo is probably better known for his insanity than for his performance on the pitch.

Over his career, Balotelli has raised eyebrows for everything from playing on his iPad during competition to setting off fireworks inside his mansion to driving around with £25,000 in cash on his passenger seat.

Some pundits even consider Balotelli to be one of the most eccentric footballers in all of the sports.

Basically, everything Zizou touched as a player and a coach turned to gold. The aggressive midfielder is one of the G.O.A.Ts. He was even known for a cool, calm-headed presence while manning the ship for Real Madrid, a post he recently stepped away from for the second time.

You can class his headbutt of Marco Materazzi in the 2006 FIFA World Cup final as certifiable. In the 110th minute of a 1-1 draw, the fiery Frenchman headbutted Materazzi down to the pitch after the duo exchanged heated words. Zidane drew a red card and was shown the door, immediately ending his national career with France.

Italy went on to defeat France 5-3 on a penalty shoot-out and claim the Cup. We can understand going out in a memorable way in your last match. Zidane just took it to a whole other level. Amazingly, he was still awarded the Golden Ball for being the best player in the World Cup tournament.

The former Serie A, Premier League, and Premiership star stand apart from your average footballer because he’s a special kind of, well, interesting.

Di Canio once threw a temper tantrum mid-match and refused to play. He sat down on the pitch, madly crossing his arms and legs like a scorned child. The match continued as the opposition dribbled around Di Canio’s human roadblock. He eventually returned to action at the prompting of the crowd and even delivered a hat trick as his West Ham side defeated Bradford 5-4.

In another fit of madness, Di Canio was once offered a red card for fighting. He turned his rage on the officials and pushed a referee to the ground.

Of course, this isn’t a definitive list of football crazies. Volumes could be written about the madness exhibited by many footballers of the pitch.