Bayer Leverkusen star Kai Havertz has decided to push for a transfer to Chelsea this summer.

Chelsea boss Frank Lampard sees Havertz as a final piece of his jigsaw for the next season and is said to be ready to splash out £90million to make the deal happen in the coming months. 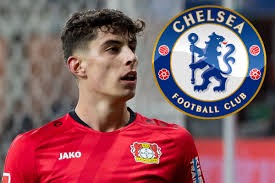 Despite already dishing out £80million on the likes of Hakim Ziyech and Timo Werner, the Blues are confident of pulling off another big-money deal this season.

Now, Chelsea’s hopes of landing the most promising German talent have been handed a massive boost, as Havertz informed Bayer Leverkusen of his desire to join the Premier League side as soon as the transfer window reopens for business.

The 21-year-old forward is willing to turn down the offers from Real Madrid, Bayern Munich, and Manchester United to link up with his international teammates Timo Werner and Antonio Rudiger at Stamford Bridge. 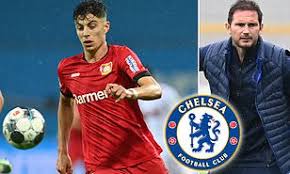 Havertz starred for ‘Die Werkself’ over the past two seasons, establishing himself as one of the hottest young properties in Europe top-five leagues.

After an astonishing 2018/19 campaign during which he gobbled 20 goals and seven assists in all competitions, the left-footed starlet carried his predatory form into 2019/20, picking up 17 goals and nine assists.

Despite having two years left on his contract at the BayArena, Havertz has decided to move in the summer after Bayer Leverkusen failed to qualify for the Champions League.

Meanwhile, Chelsea sit third in the Premier League and seem to be on their way of securing Champions League football for the next season. 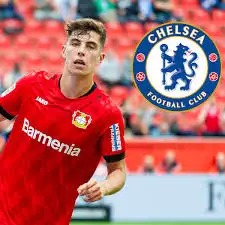