By ZephaniahBethelKalu (self media writer) | 7 days ago

On Thursday 18th November 2021, there were stories on social media and some online media that Super Eagles coach, Gernot Rohr has been sacked by the Nigerian Football Federation. For many football fans, it was an expected end to heartbreaking football 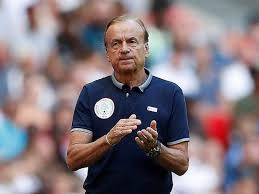 But the NFF came out to debunk those stories and said they were untrue. This put to bed the stories in some sections of the media. In their statement, the NFF also said there is a possibility it could happen

There have been many sources claiming Rohr has been told he would not continue as the Super Eagles coach, while others report that Rohr would need to be paid before the NFF could sack him and some, through their sources, have said Gernot Rohr would be paid $600,000 and above. Some also say there is no severance package in the contract, so there is confusion as to the true nature of his situation 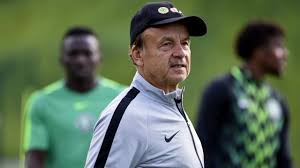 The reaction of Nigerians show that they want the Franco-German out. Many of the fans were practically praying when Nigeria hosted Cape Verde in Lagos and the Eagles almost did not make it. Although some argue that the coach has got a good result ratio when compared to some former coaches of the team, it is clear that the team has stalled under him and the NFF would not want to take risks because Qatar 2022 is sacrosanct 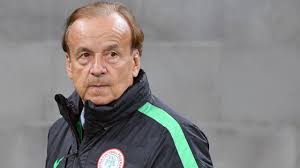 AFCON begins in January 2022 and the situation of the coach is still unclear, with no official statement from the NFF. The NFF have found themselves in a dilemma and time is not on their side. They must get a new coach this December or they will have interim coaches. They may even allow Gernot Rohr to continue to AFCON

Time is fast running out, hence the NFF should be decisive. The fans, media and players are waiting for what next the NFF would do as AFCON 2022 approaches, the football governing body should act quickly