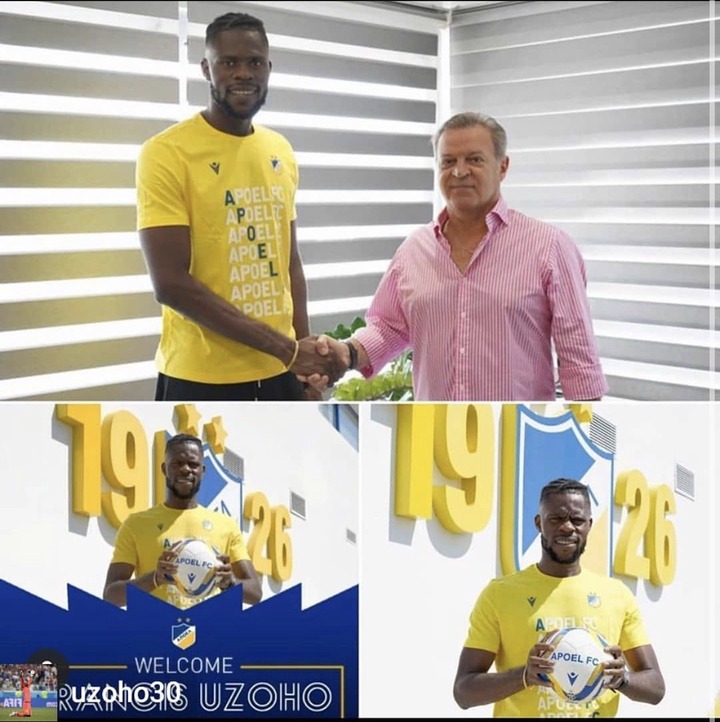 Super eagles goalkeeper Francis Uzoho, has completed his biggest move to Cypriot side APOEL from Depotivo for a 3 years deal.

The 21 years old super eagles goal keeper was among the squad, who won bronze for super eagles at 2019 AFCON.He has been with Deportivo since January 2019, but wasn’t given the opportunity to play and due to this he has been going on loan from Famagusta and Omonia Nicosia in Cyprus.

APOEL is one of the biggest team in Cyprus and they made it to 3rd last season on the final league table and they are automatically preparing down themselves for next season’s champions League.

Francis Uzoho has just recovered from injury and will be linking up with his new teammates for the preparation of the new season which will start by August.

However, it was earlier reported that Manchester United reportedly joined the race of signing Nigerian striker Victor Osimhen in summer, which could be a big move for the Super Eagles star.

Content created and supplied by: Moyosore000 (via Opera News )