Opinion: Barcelona Remaining Games That Shows Messi Will Finish Ahead Of Ronaldo In Golden boot Race

By Parrotlife (self meida writer) | 15 days 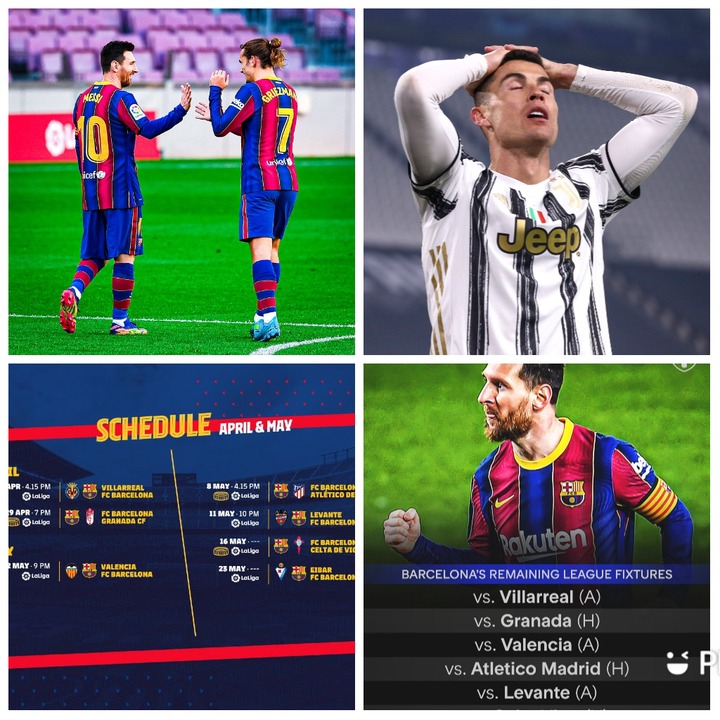 It has been a good year for Lionel Messi as he continues to impress in the Spanish La Liga. 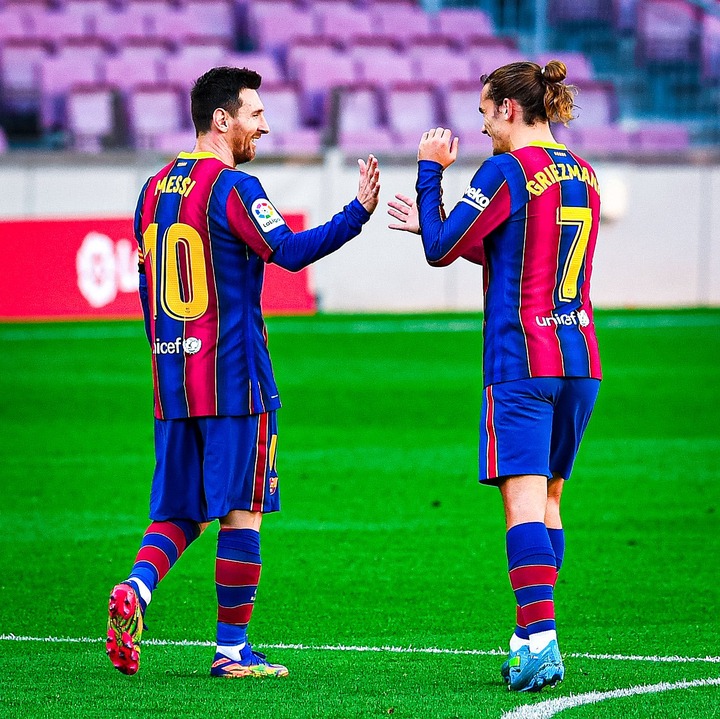 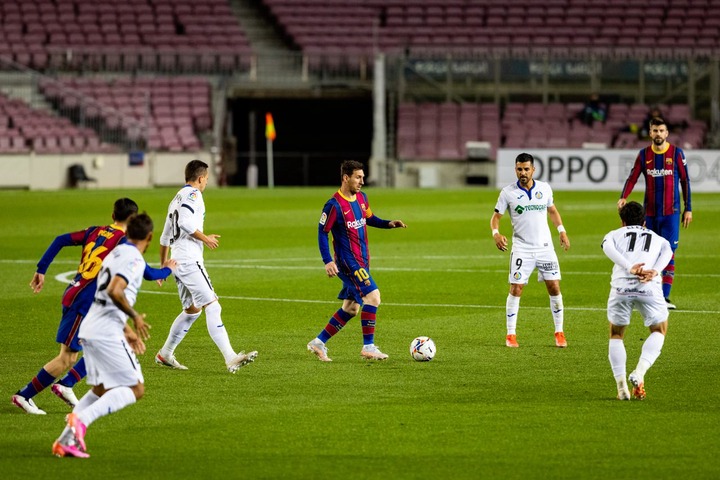 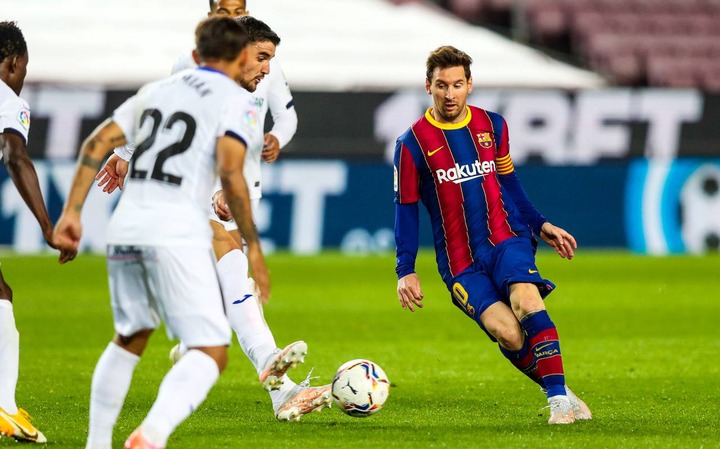 The Argentine International scored twice in the 5:3 win against Getafe on Wednesday night and according to history, Lionel Messi has equaled Christiano Ronaldo's record as the only player to score 25 goals in 12 consecutive seasons. 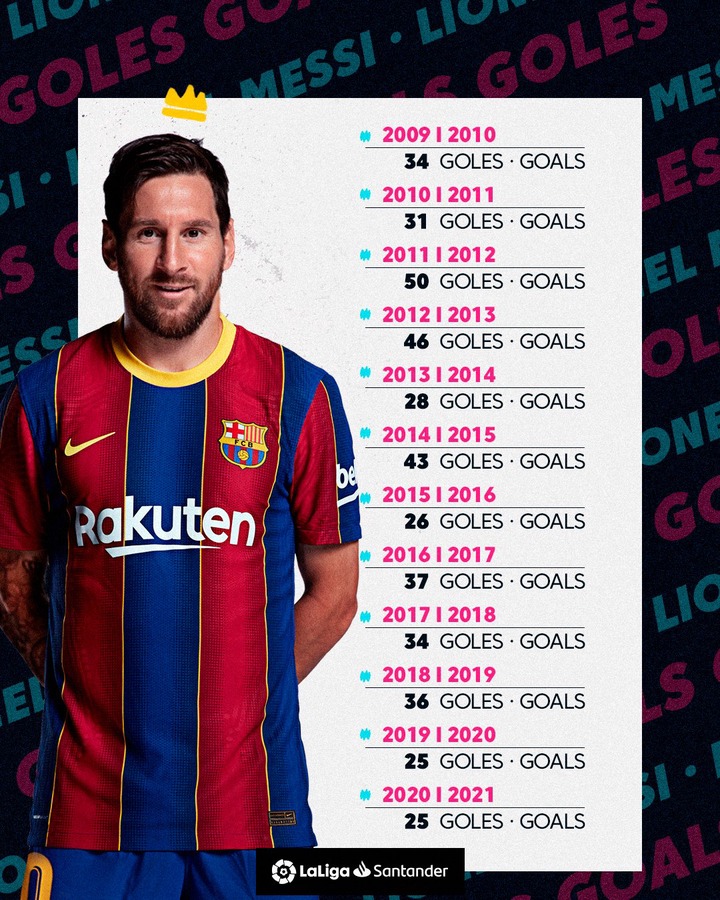 Both players are currently on 25 goals and with Barcelona's remaining games in the Spanish La Liga, it shows that Lionel Messi might finish ahead of Ronaldo in the golden boot race.

Barcelona released their remaining seven games of the season in thier official Twitter account in the early hours of Thursday. 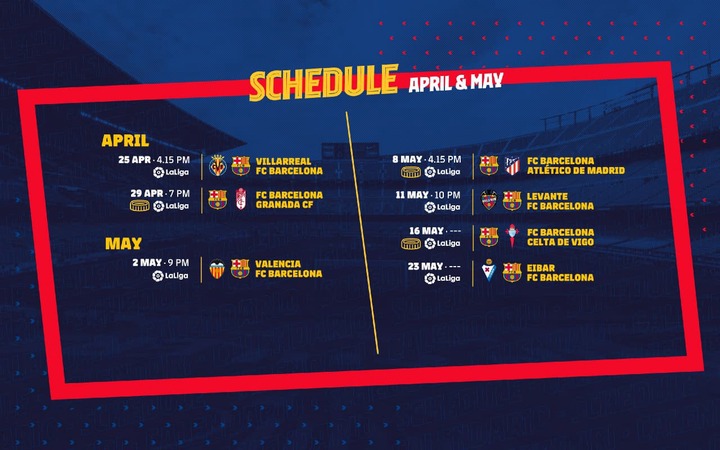 Lionel Messi has been influencial when it comes to playing against Smaller teams in the La Liga this season and playing against the likes of Villarreal, Granada, Valencia, Atlectico Madrid, Levente, Celta Vigo and Eiber, one can expect Lionel Messi to score more goals in this fixtures. 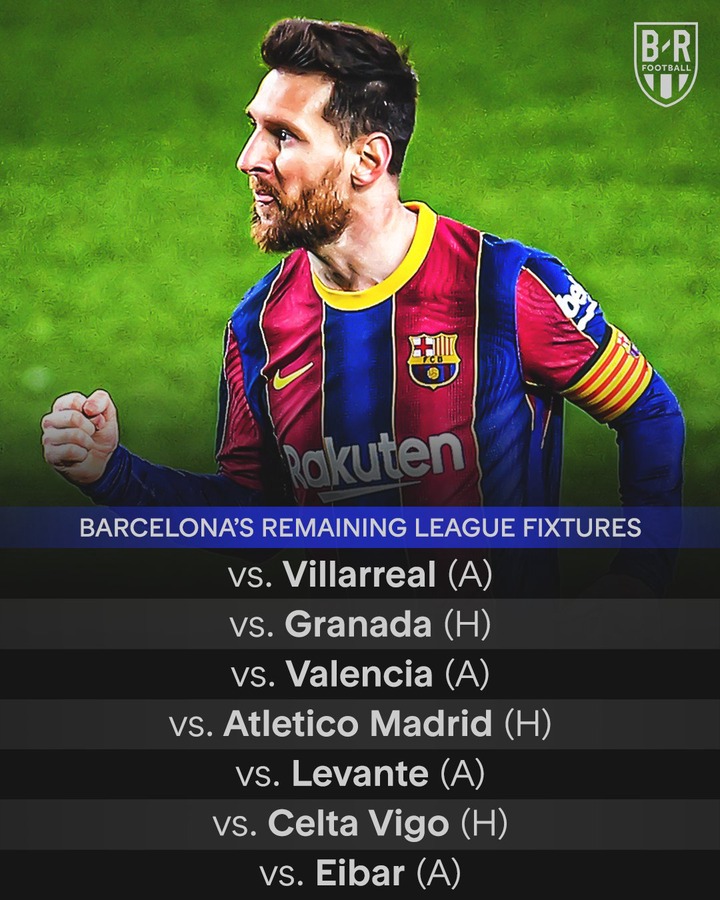 With the remaining fixtures, Messi will be hoping to finish ahead of his closest rival in the world of football this season.

Do you think Lionel Messi will score more than Christiano Ronaldo?