By Be.Informed (self media writer) | 2 years ago 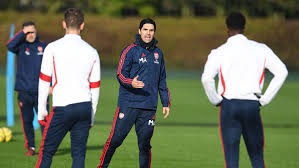 Zidane wants to bring the Gabonese striker to the club in this summer’s transfer window and has requested that Mariano Diaz be used in a swap deal for the Gunners forward.

Aubameyang has been in superb form for the Gunners since his move from Borussia Dortmund to the North London club in 2018.

He has carried the goal scoring responsibility for Arsenal since his arrival and has scored 61 goals in 97 appearances for the club. His outstanding performances made him fans favorite. 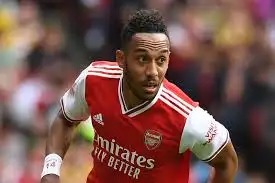 His ability to score goals has made him one of the best goal scorers in the world.

Despite his goals, Arsenal has been struggling to find their best form in recent seasons, and are likely to miss out on UEFA Europa League next season, let alone the Champions League, while the Spanish giants are always among the favourites to win the Champions League in every campaign.

Although his departure would be a huge blow for Arsenal, moving to Real Madrid might just be an opportunity for Aubameyang to win major trophies before his best days go past him.

Mariano Diaz has had limited playing time in Real Madrid since Zidane's reappointment as head coach of the LaLiga giants. A move away to Arsenal might be better for him as he is likely to get involved more with the North London club than he is with Real Madrid. He could be open to a player plus cash deal to Arsenal which will provide more fund for the Gunners to strengthen other areas of the team that needs strengthening.

The Dominican Republic international scored 21 goals in 45 matches during the 2017/2018 season for Lyon before making the move to Los Blancos. However, he has not been able to break into Zidane's first 11. A move to Arsenal might just be enough to get him firing again.

Please leave your opinion in the comment section below.

Content created and supplied by: Be.Informed (via Opera News )