Yes! This season has seen mixtures of sweet memories and bitter moments for arsenal fans who are forever yearning to gun down most especially, the elusive Premier League trophy that has evaded them for over a decade.

As a joke, the number of years keeps adding up with Arsenal fans ever hopeful of a turnaround in luck for something tangible.

Wenger made his efforts, but not enough towards the end of his mighty reign at the helm of affairs. Wenger is out now after two seasons without a Champions League place; fourth place famously reserved for Wenger as his top priority if he could not win the trophy became too difficult to climb. Such was the plight of Arsenal then that the fans increasingly called for his head (Wenger).

A new dawn, new hopes with Unai Emery, the shortest ever lived romance Arsenal ever had with a club manager, as quickly as the expectations surged, so quickly too did it vanish along with any leftover patience to give Unai time to recoup to bounce back with a club and players that seem to be nose-diving into a shadow of their former selves. Unai’s methods were not working, dressing room issues, players groaning in dissatisfaction and loss of interest to play the beautiful game saw Emery thrown out the door to be replaced by a veteran die-hard Arsenal legend, one of the invisible of the 2004 era of Wenger, Freddie Ljungberg as interim manager.

Freddie tried to steady the sinking ship, but the fans will have none of it and Freddie knew it, Arsenal needed a permanent coach very badly. Several names were up and an interesting name was Mikel Arteta, a man taunted before now to take over the managerial position of Arsenal even before Unai Emery. All of that is history now, Mikel is Arsenal’s head coach, a position he has held now for over six months.

Arteta was ripped under the nice cozy arms of his mentor and best friend Guardiola, a coach whose reputation precedes him in the world of football and management. He is rootless and clinical and shrewd in the game, a man who trains his boys to battle forward and attacks as the best form of defense has gunned down Mikel his favourite son twice already in one season and now both father and son meet again in the final battle between them in one season.

Mikel is not giving up and is out to make his father proud that he can beat him and as he said in his press conference, his focus is on how to win the trophy by beating Mancity. “It's a different [City] team, we are a different team as well, I know their strength and I know the flexibility they have, the things they are going to try, but even then it is difficult to stop. I want to focus on what we will try to do. If I worry about them, it's not the message I want to send to the players. The message is what we have to try to do to win the game, to give us the best chance to compete against them over the 90 minutes to give them difficulties. That's the same as every game. If I look at the trends before we played Liverpool, in the last two calendar years they had, you get depressed. What I need now is energy, trust in my players, belief. It is the FA Cup, we have a lot of experience here, and we have a history related to that. Let's go for it."

And indeed there is a history of the FA cup here, it is written in Arsenal”s DNA as the club with the highest win success of this old competition.

Pep Guardiola is also aware that his protégée can hurt his team as he acknowledges in his words, "I expect a tough, tough, tough game because they have something special already. They have team spirit. Mikel has created. From the outside – maybe I'm wrong – but what I see in their games, how they celebrate, how they fight for every single ball, they are creating something special for this club. Everybody fights for each other. It's one of the elite clubs in English football for the last 20 or 30 years. I'm pretty sure the right person to bring them back to the position of before – there is no better person to do the job than Mikel. I have a feeling he is creating something unique and if he can be supported by the club in terms of investment, and get the players that they need, they'll be a contender for the next years."

Surely the above is not flattery but an honest observation from the master himself who seems to know the worth of Mikel. Mikel has been beaten twice already by Manchester City but he is not shying from boldly leading his team to confront his nemesis once again with braver hopes of a victory after having demolished the Latest Premier league holders already in mid-week, it is a big boost that will help Arsenal’s belief, that they can take on Manchester City today and win. 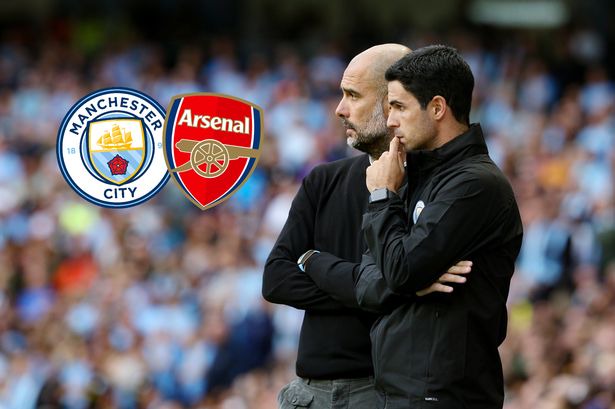 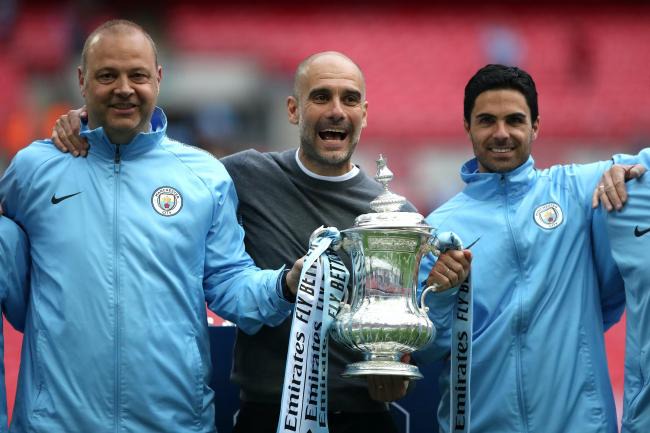