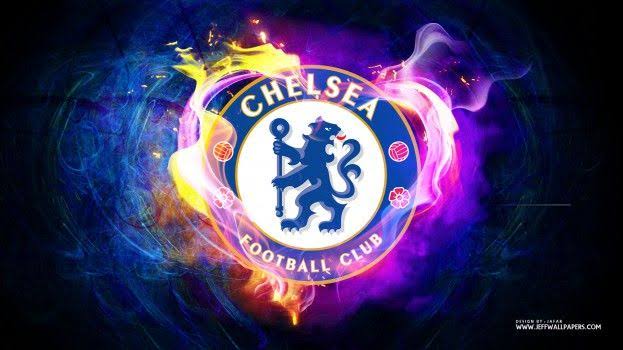 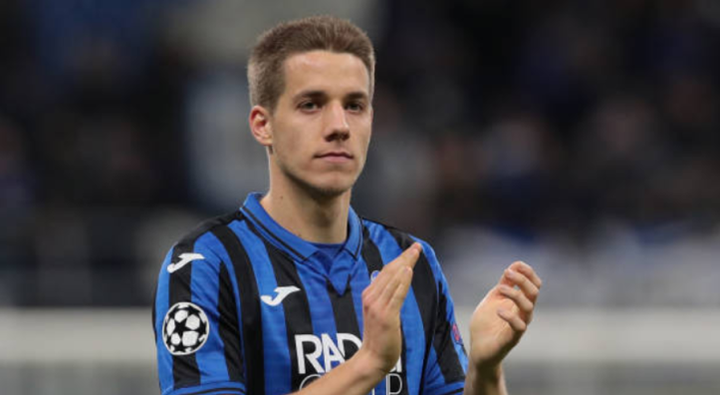 The former Chelsea midfielder moves in a deal that suits all parties almost perfectly - a rarity in the modern game. It's a deal where every party gets what they want. Mario Pasalic's £12.5m move from Chelsea to Atalanta is, in any transfer market, a brilliant deal for everyone.

Here's a few reasons why.

Chelsea get paid for player who never played. Following Pasalic's eye-catching hat-trick against Brescia on Tuesday, Chelsea fans could be forgiven for wondering how they let such a player leave for a seemingly reasonable fee. But in reality, he never played a minute for the club in six years and likely never would.Although Pasalic has plenty of physical attributes that make him suitable for the Premier League, they signed him six years ago, back when their stockpiling policy was in full swing. In the end they made a significant profit on a player (signed for £3m) who was never truly part of their plans.

Chelsea have more midfield options than ever, If Chelsea were content to let Pasalic go out on loan - again - last summer when they were under a transfer ban, then it's difficult to see a scenario where he would ever be part of the set-up.And with Frank Lampard able to spend again, plus his focus on youth, and the likes of Ruben Loftus-Cheek and Callum Hudson-Odoi returning to fitness, Lampard will have to disappoint some very talented midfielders on a regular basis as things stand - Pasalic doesn't deserve to be recalled to hardly ever feature.He's now 25 and has shown his talents; being a peripheral player just shouldn't be an option for him.

A perfect tactical fit for Atalanta

The frankly astounding way Atalanta play football means that to have had a player who has already been there for the past two years, learning and mostly emerging from the bench in year one and now a fully-fledged, contributing member of the team in year, eliminates so many problems for the genius that is Gian Piero Gasperini.There are zero integration problems; Pasalic already knows his tactical responsibilities with or without the ball, the coach trusts him more and more and is, clearly, bringing out the best in him. And the fee is modest enough that Champions League revenue will more than cover the deal for a player who, if his development continues, could still have a significant sell-on value.

10-15 years ago a late developer would be closer to 30 years of age, but the breakthrough age of players is most definitely getting younger and with Pasalic turning 26 next season, he is turning into a player that his modest previous loan appearances perhaps didn't showcase.

He could well get better

Alejandro Gomez and Josip Ilicic have been, quite simply, astonishing in 19/20, contributing 44 goals + assists between them in Serie A, but they are both 32 and Atalanta are investing in a long-term replacement who has played with equal conviction in both DMC and AMC.Despite playing at either end of the midfield, he has has a non-penalty contribution of a healthy 0.58 P90, plus a goal and eye-catching display at home to Manchester City in the Champions League, where he scored a thumping header.

When playing deeper his 53.1 passes P90 with an 89% completion rate is comfortably among the best in the position, as is his 17.1 passes into final third P90. Atalanta have acquired two players in one and have the ability to develop him into whichever one they want. 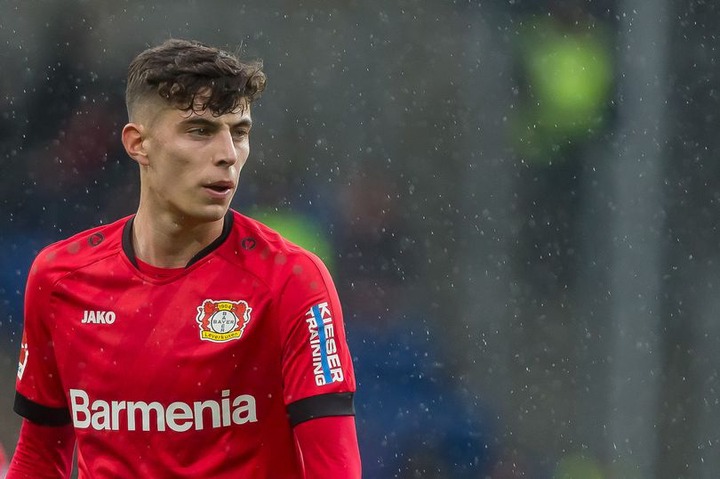 Kai Havertz has chosen to join Chelsea but Bayer Leverkusen want to delay the transfer until the end of August, according to reports in Germany. Frank Lampard’s side have been leading the race to sign the 21-year-old, who has already told Leverkusen at the end of the Bundesliga season that he wants to leave this summer. Leverkusen will not stand in Havertz’s way and are open to selling the midfielder, but the German club are demanding a €100 million (£89.8m) fee.

According to Kicker, Chelsea are the only club who are willing to meet Leverkusen’s valuation and Havertz has now opted to make the move to Stamford Bridge. But the report claims that Leverkusen will only let Havertz leave once their Europa League campaign ends this summer, which could be as late as August 21 if they reach the final. The competition resumes next month with Leverkusen due to play the second leg of their round-of-16 tie against Rangers on August 6. The German club are expected to progress after they beat Steven Gerrard’s side 3-1 in the first leg and will play either Inter or Getafe in the quarter-final on August 10. The delay in Havertz’s proposed move to Chelsea could mean that the midfielder could miss the start of the new Premier League campaign. 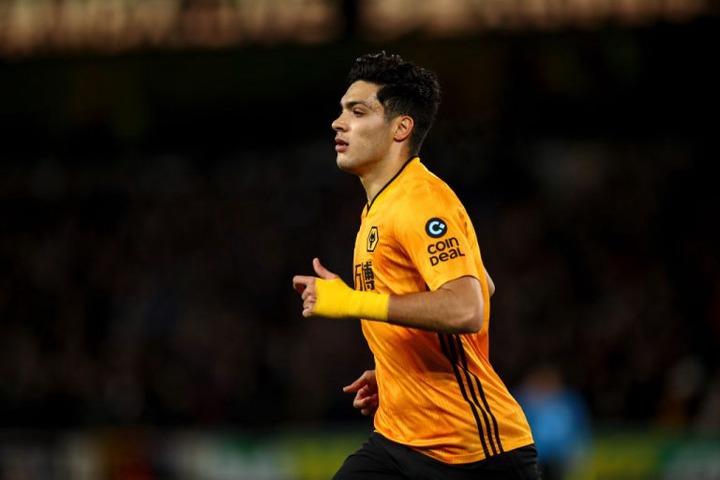 Wolves only have two more matches this Premier League season.This weekend, Wolves host Crystal Palace in their final match at Molineux.While Wolves close out their 2019-20 Premier League campaign with an away trip to Chelsea.There’s a chance that Wolves striker Raul Jimenez won’t feature against Palace or perhaps the Pensioners.Why? Because Raul Jimenez and his partner, Daniela Basso, are expecting their first child any day now.

This week, the El Tri striker posted the following update on social media ahead of the birth.What Nuno Espirito Santo has said about Raul Jimenez becoming a dad.In the build-up to Wednesday’s match at Burnley, Wolves manager Nuno Espirito Santo admitted that the side could be without Jimenez in their final fixtures. Nuno said:I’ve been speaking with Raul, but only wishing that everything goes well.It’s a big, big moment in his life, so we are hoping that everything goes well with his partner and his baby.We don’t know when his partner will have a beautiful baby. I don’t know (if he’ll end up misses time). We’ll just wait and see.

Raul Jimenez scored his 17th Premier League goal of the season against Burnley – and what a goal it was!. With 15 minutes left on the clock at Turf Moor, Jimenez lashed home an incredible volley from distance.However, Wolves were unable to hold on to their lead.After Chris Wood missed an absolute sitter, the striker converted an injury-time penalty to earn Burnley a share of the spoils.

Will Wolves qualify for Europe next season?

Wolves are currently on course to qualify for next season’s Europa League. That’s because they are 6th in the Premier League.Man United, in 5th, are 3 points ahead of Wolves. United also have a game in hand as they face Crystal Palace tonight.

Meanwhile, Wolves are only 1 point ahead of Tottenham.Also, Wolves can still qualify for next season’s Champions League.

While it’s unlikely that Wolves will finish in the top 4, they will be in next season’s UCL if they win this year’s Europa League. 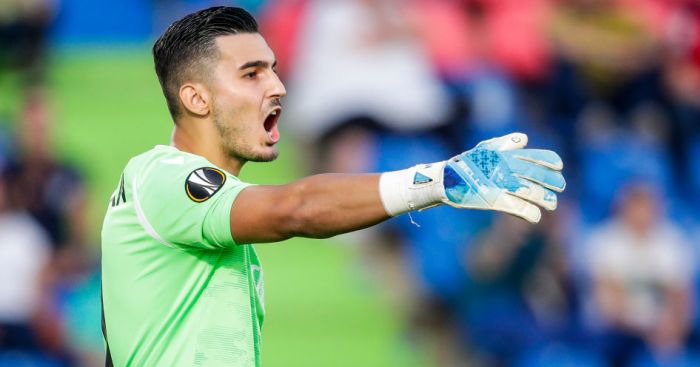 Chelsea FC are set to conclude a €33 million deal for Turkish goalkeeper Ugurcan Cakir in the coming days. The 24 year old shot-stopper currently plays for Süper Lig club Trabzonspor as their first-choice goalkeeper. Cakir has also been capped twice by the Turkish national team, with the player making his international debut last year.The Blues have been known to be the hunt for a new goalkeeper this summer. The reigning Chelsea FC number one Kepa Arrizabalaga has endured a largely inefficient season for the Premier League side. The Spaniard has been prone to a number of errors in recent games.It is believed that Chelsea FC boss Frank Lampard has made his mind up on replacing Kepa as the Blues’ custodian between the sticks. The 25-year old’s form has been inconsistent throughout the current season. Lampard had even chosen to bench the Spanish international earlier this year, with the Blues coach opting to start 38-year old veteran Willy Cabellero instead.

However, Cakir’s signing may seem a bit surprising to the Chelsea FC supporters. With the club having been rampant in the transfer window, the fans were expecting a high-profile signing to be the Blues’ new goalkeeper.Names like Jan Oblak and André Onana had been linked with a move to Stamford Bridge in recent weeks. Oblak’s pursuit might have cost Chelsea FC a hefty fee considering the Slovenian international is one of the best a the moment in his position. However, with great financial backing from Blues’ owner Roman Abramovich, Lampard could have signed the Atletico Madrid star.Cakir has made more than 50 competitive appearances for Trabzonspor during his six-year stay at the club. The 24 year old has been in fantastic form this season for his side in the Süper Lig. The Turkish international’s performances have helped Trabzonspor clinch a second-place finish in the final league standings.With Kepa’s replacement rumoured to be on the way, the Spaniard is set to depart the Blues. La Liga clubs Valencia and Sevilla have been linked with making a move for the 25-year old this summer.

Content created and supplied by: Danny0002 (via Opera News )