Sir Alex Ferguson, the legendary Manchester United manager, was stunned and outraged as his former team lost to Liverpool on Sunday. 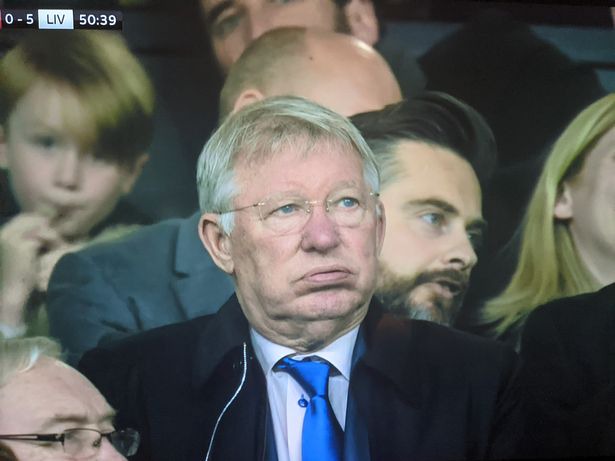 At Old Trafford, Ole Gunnar Solskjaer's side were humiliated beyond belief, losing 5-0 to Jurgen Klopp's rampaging side.

Fergie was in attendance to watch United lose to their arch rivals at the renowned Manchester arena.

The camera switched to the departed boss after Mohamed Salah scored Liverpool's fifth goal in the 50th minute, completing his hat-trick.

Ferguson didn't seem impressed in the least, and tens of thousands of United fans around the world shared his disappointment.

Keita placed the ball past a hapless David de Gea in the United goal in the fifth minute to give the visitors the lead.

The goals began to pour after that. Liverpool's lead was extended eight minutes later by Diogo Jota, before Salah scored twice to make it 4-0 at halftime.

After United came back from two goals behind to overcome Atalanta on Wednesday, Paul Scholes predicted that outcome.

According to BT Sport, he said: "Every victory is a cause for celebration, but the first half had me worried.

"People may say I'm miserable, and some United fans may slam me, but I was thinking about the Liverpool game when I watched that game.

United had two midfielders playing on their own in the first half, and if they do that again against Liverpool and [Manchester] City, they'll be four down before halftime."

Paul Pogba was sent off in the 60th minute following a horrific challenge on Keita, leaving the Liverpool midfielder with a nasty-looking injury.

Former United striker Dion Dublin stated on BBC Radio 5 Live about the challenge: "Wow. He had left the floor, was out of control, and his studs were proving to be difficult.

"He [Pogba] was resigned to the reality that it wasn't his greatest challenge by the way he [Pogba] departed the pitch."