Messi Is Now A Goals Away To Break Pele's Record Of Most Goals Scored For A Single Club.

By M-SQUARE (self media writer) | 2 years ago

Barcelona are back to winning ways in La Liga thanks to a hard-fought 1-0 victory over Levante at Camp Nou on Sunday night in Catalonia. It wasn’t close to Barca’s best against Levante, a team who have never earned even a single point at the Camp Nou and who are down in the bottom three at present, but nor was it their worst performance. The Blaugrana didn’t play a superb match but created plenty of really good chances to win, but Aitor Fernandez had a great night in goal and it took a perfect finish by Lionel Messi in the 76th minute to give Barca an important win at home. 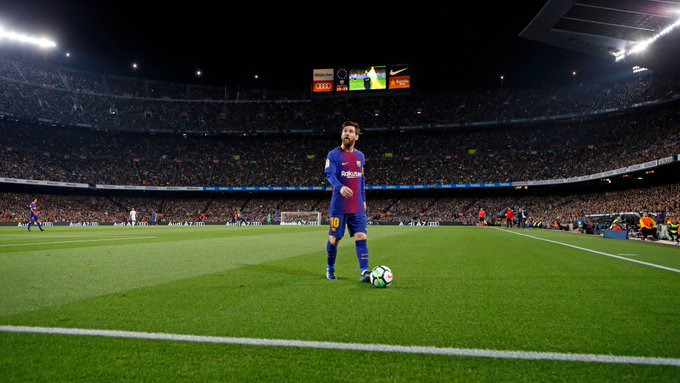 It has been a topsy turvy year for Lionel Messi, to say the least, from transfer drama to new positions. The Argentine had to face a lot of criticism due to his form under Ronald Koeman however, a new revelation reveals that Messi is in fact just one goals away from breaking Pele’s insane world record of most goals scored for a single club. It has been an overall low year for the Barcelona legend but will he be able to overtake Pele’s record.

Barcelona captain Lionel Messi has moved to one goal of matching Pele’s one club goal record as the Argentinian moved on to 642 Barcelona goals in all competitions. Pele’s total with Brazilian giants Santos has previously been disputed, but as per reports from Mundo Deportivo, Messi is now just one strike away from matching his incredible 643 tally. 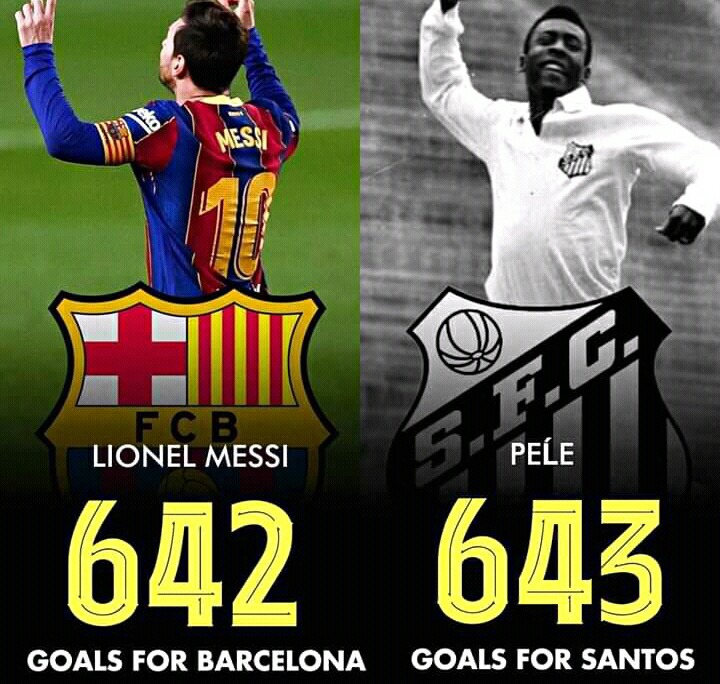 The 33-year old is currently on 642 Barcelona goals, just two behind Pele’s 643 for Brazilian giants Santos, a record which has stood since his move to MLS side New York Cosmos in 1975. Pele amassed his total across 18 seasons of football in Brazil, with 40 or more goals scored in all competitions in an incredible eight seasons, before moving on to the United States. Messi trails the Brazilian icon by just one goals, and looks certain to top it before the end of 2020, with his season by season numbers equally impressive. 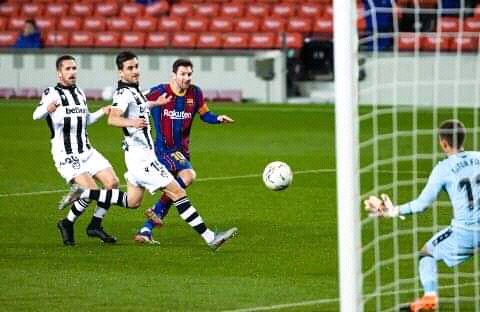 The result ensured Barcelona didn’t suffer three defeats in succession and lifted the Catalans up to eighth place in La Liga, nine points off Real Sociedad at the top of the table. This still wasn’t Messi back to his best, with the Argentine unusually wasteful in front of goal, but there was no doubting he was the most effective player on the pitch, making things happen. Messi might well have found his shooting boots with this performance. If he can loosen up in and around the penalty box, the goals should finally start flowing after a slow start to the season.