By Oladaily (self media writer) | 3 days ago

There will be more and more rumors about European games being played outside of Europe in the upcoming months or perhaps years. 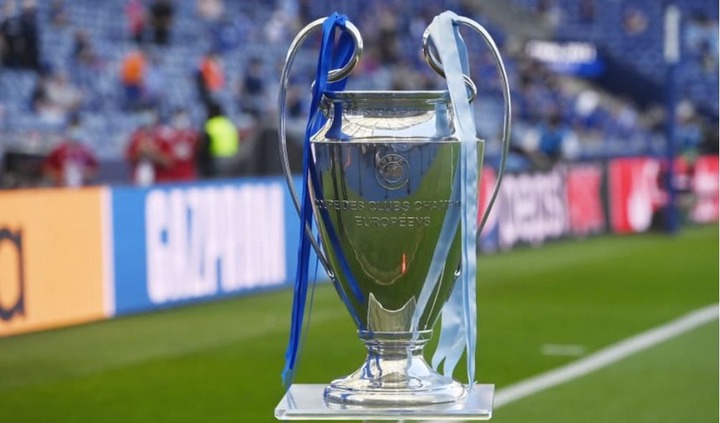 Playing in the US appears to be more of a guarantee than a possibility given that American owners like Todd Boehly and Company, Fenway Sports Group, and the Kroenke's already control some of England's finest clubs.

The primary driving force behind playing European games outside of Europe is undoubtedly money.

The suggestion probably won't get much support from European football fans, but it will undoubtedly help the governing bodies of sport.

The primary "outside Europe" locations that will provide the kind of revenue the major clubs will be looking for include the Middle East, China, and the United States, according to the Athletic.

The third choice is the most plausible one because the other two are debatable.

This option will host most of the games at the 2026 World Cup, which is anticipated to break records for audience size, revenue, and profits. It has recently increased the amount it is willing to pay to broadcast/stream Champions League games by 150%.

How could this be done in light of the fact that UEFA and the European Club Association (ECA) will certainly embrace the idea that matches could be played in the United States? There are a few theories, I suppose.

Moving one or two Champions League group stage matches to a city that will recognize the occasion is one option. A location where the entire globe will be watching, like Los Angeles, New York, etc.

Every year, several NFL teams travel to England to play league games; this year's matches will be played at Wembley Stadium and Tottenham Hotspur Stadium.

Aleksandr Ceferin, the president of UEFA, first raised the idea last year when he told L'Equipe that he was "a fan" of how it would go down: hold the final and two single-leg semi-finals within a Champions League "final four" week outside of Europe.

When the Champions League and Europa League were reinstated following their suspension at the height of the coronavirus outbreak, it ran similarly to how it does now.

The quarterfinal and semifinal home/away formats were discontinued by UEFA, and the Champions League and Europa League finals were played over a 12-day period in Portugal and Germany, respectively.

According to The Athletic, player feedback was positive because they had less travel time. A "final four" competition would be advantageous for broadcasters and probably have the support of the best football players.

Those who regularly attend these clubs will, of course, be against the idea.

But given the amount of money in the game today, it's undoubtedly something we'll have to adjust to over time, particularly if more non-Europeans like Boehly take charge of the world's best clubs and implement new systems of wealth distribution.

Content created and supplied by: Oladaily (via Opera News )