Football brings out the best and worst in players. Fouls are an inevitable aspect of the game, and some of the most cynical are those that prevent the opposition from scoring or establishing a goal scoring opportunity. Depending on the seriousness of the offense, referees issue yellow or red cards. During most games, it is common to see a card emerge from one of the pockets. The distribution of cards after the final whistle is unusual. Players are rarely booked or red-carded for crimes that occur after the game has ended. We examine players who have been dismissed after the final whistle. 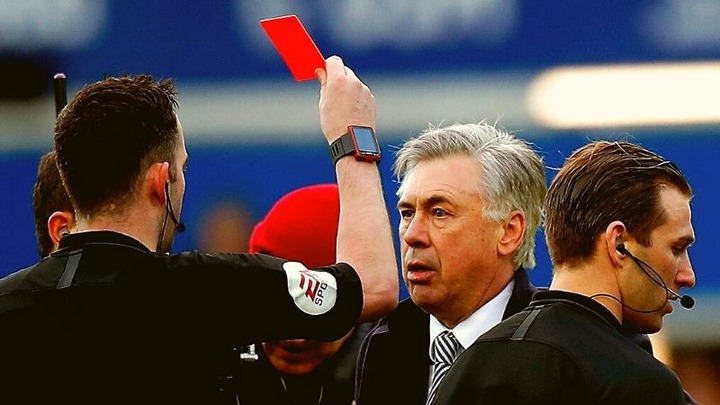 Last season, a goal was disallowed in a match between Everton and Manchester United when Richarlison was caught offside despite not having touched the ball. Everton manager Carlo Ancelotti stopped fighting with the fourth official and marched directly to referee Chris Kavanagh to express his disgust with the decision. Even though the full-time whistle had been blown, the referee was unable to take any more from him and carded him off the ground. 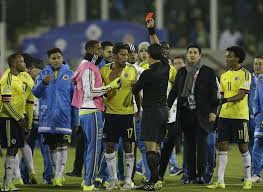 Last year, Neymar was knocked out of the world's most prestigious football event by Colombian Juan Camilo Zuniga. Despite winning the quarter-finals, Brazil was thrashed by Germany in the semi-finals. So Neymar had a chance to shine in Brazil's Copa America group game against Colombia. But an uninspired Neymar started the game. Colombia scored the winning goal in their only Copa America match against the five-time World Champions. However, Neymar and Carlos Bacca were sent off at the end of the game. The Barcelona player initiated the brawl by kicking the ball into the back of the Colombian defender Pablo Armero. In response, Neymar appeared to headbutt Murillo. Carlos Bacca then assaulted Neymar from behind, being sent off. The confrontation in the tunnel between him and the referee culminated in a four-match ban. 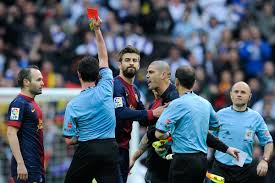 In 2013, Barcelona had a good grip on the title race, and the El Classico, which was to be hosted at Santiago Bernabeu, was a great opportunity to put some distance between themselves and their archrivals. When Adriano was tripped by Sergio Ramos, Barcelona claimed a penalty to tie the game at 1-1. Valdes became enraged when the referee refused him and raced at him, swearing at him, before sealing his destiny and receiving a yellow and then a straight red card after 90 minutes.