Many Arsenal fans could not hide their sigh of relief immediately after Alexander Lacazette scored the 95th-minute equalizer against Crystal Palace on Monday night in a match the Gunners were already staring defeat in the face before it finally ended at a 2-2 draw. 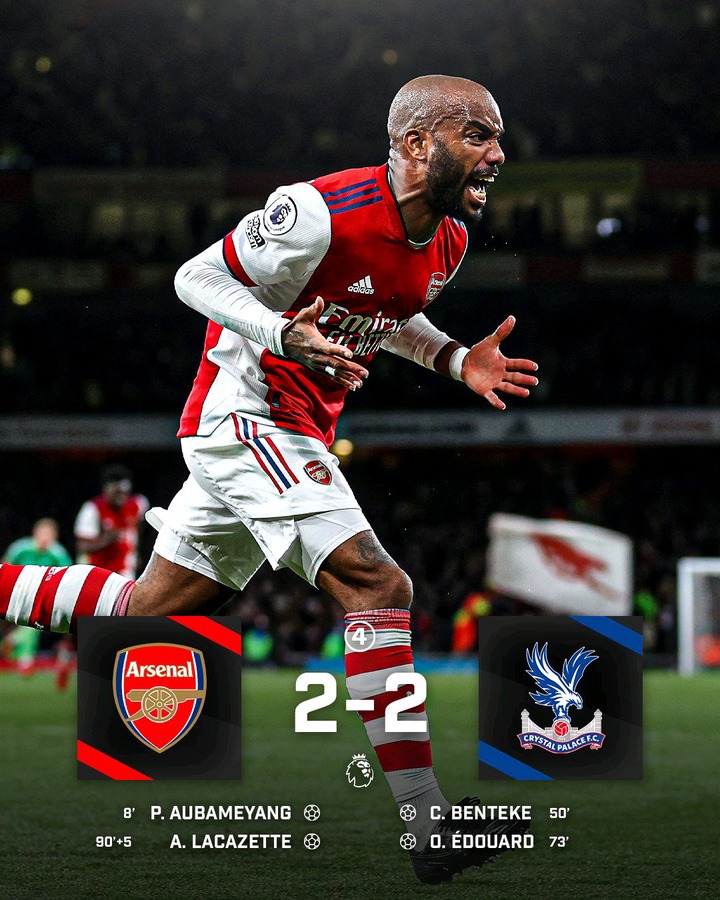 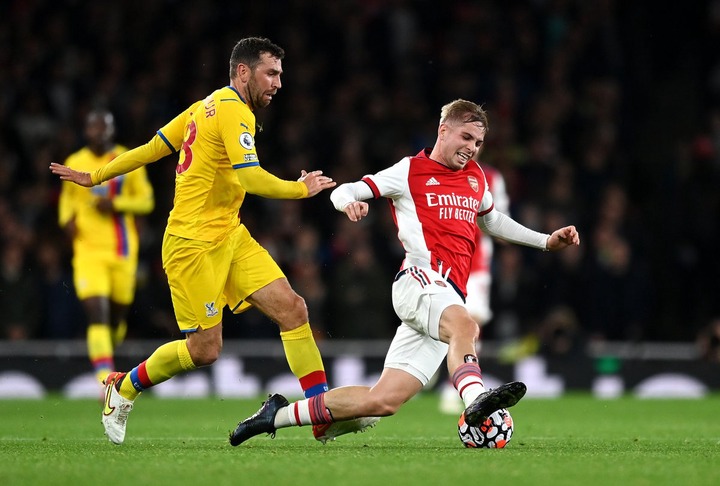 Arsenal started the game on a 4-3-3 formation, with Thomas Partey (no thanks to Granit Xhaka's injury) playing as a lone defensive midfielder while Martin Odegaard and Emile Smith Rowe were meant to be hinging close behind the attackers. On paper, it would have been a wonderful formation for the Gunners going forward, however, things never went as planned as Palace players overran Arsenal midfield structure to the ground.

Palace's midfielders - Odsonne Edouard and Conor Gallagher, had a field day virtually throughout the duration of the match harrying and haranguing Partey to the chagrin of Arsenal fans. Partey was easily cut off and isolated by marauding pacy Eagles wingers which eventually gave them a 2 goals advantage in the second 45 minutes despite Arsenal taking the lead at the 8th minute of the game. 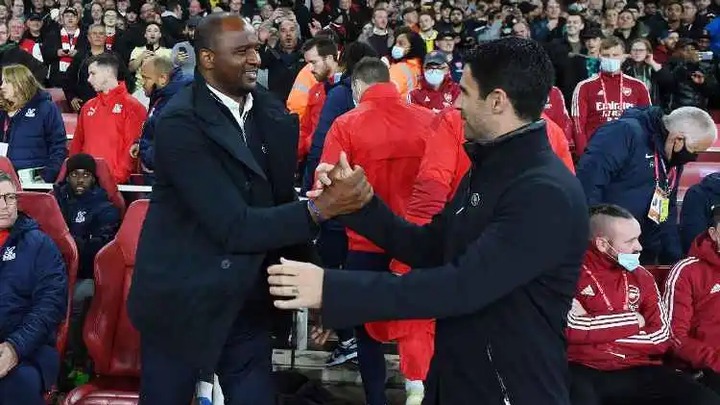 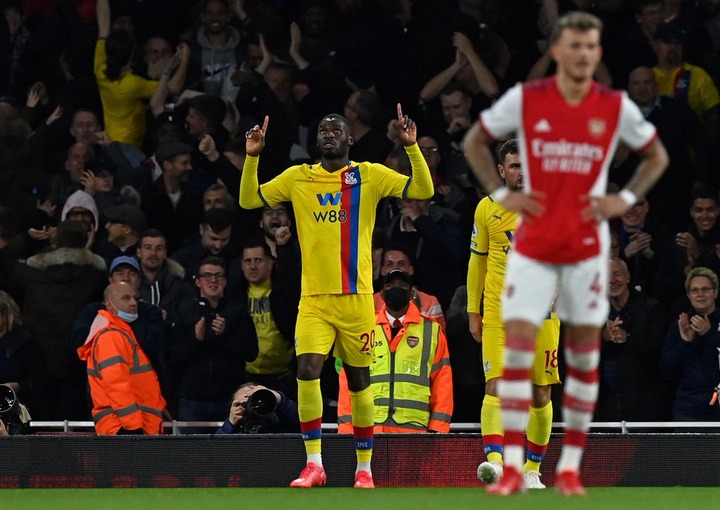 However, things later got better for Arsenal towards the second half when coach Mikel Arteta tweaked things at the middle as Arsenal reverted to a 4-2-4 formation (with Rowe and Lokonga orchestrating things at the midfield) which eventually led to Lacazette scoring the most important equalizer at the final minute. 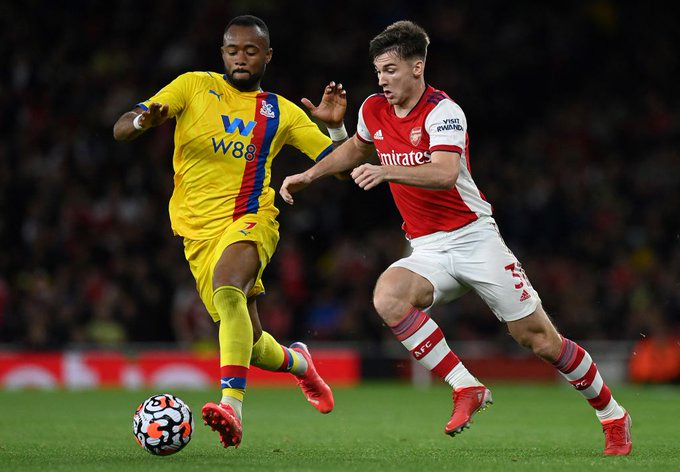 There is no doubt that Arteta almost the match through the midfield against a team coached by Patrick Vieira, a former defensive midfielder he replaced in Arsenal in August 2011.