By Messilona (self media writer) | 1 year ago 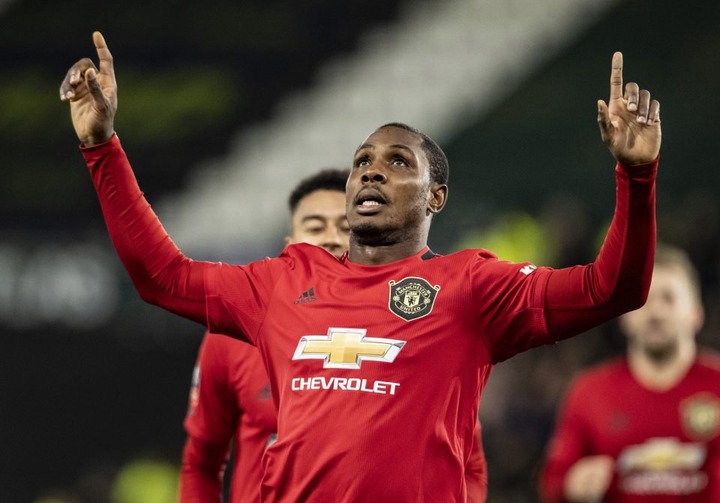 Odion Ighalo, with a goal from close range, opens up the scoring at Carrow Road.

And ighalo has finally scored so u are officially a Manchester United fans?

If I tell you that Odion Ighalo

Doesn't give me joy, my brother I lie.

#FBI. take note he is a Nigerian. Lol.

If you love Ighalo then you should love Manchester united too😁

I can’t say anything because we don’t have Ighalo

I can't tell you how annoyed I am that Ighalo has actually been good for Utd.

No I think he's a better number 9. He's made things stick with no support from a garbage team but Martial "needs service"😭😭😭😂😂😂

Exactly, sold Lukaku to not even replace him just to get a bum on loan👍🏻

He can be a bum to you, so long as he keeps putting in goals, he’s a Red to everybody else 👏🏻

we’re playing shit, bruno’s been good, ighalo was shit first half but scored second, Dalot, Mata, Lingard all shit, everyone else average

Welcome to Manchester United. Odion Ighalo's goal is a testament that he is a sharp attentive sticker. Another Nigerian making Nigeria 🇳🇬 proud. The goalkeeper didn't have a chance.

People complaining about Ighalo as if he hasn’t done exactly what his job is so far this game.

Typical of our fan base needing someone to hate.

I don't want someone that is bad here.

Ighalo is a very good signing by Ole ... What a back up striker

Content created and supplied by: Messilona (via Opera News )