Former WWE Superstar Charlie Haas recently sat down for an interview with The Hannibal TV and has left fans concerned over his look. Haas also revealed in the interview that he and Jackie Gayda had separated. 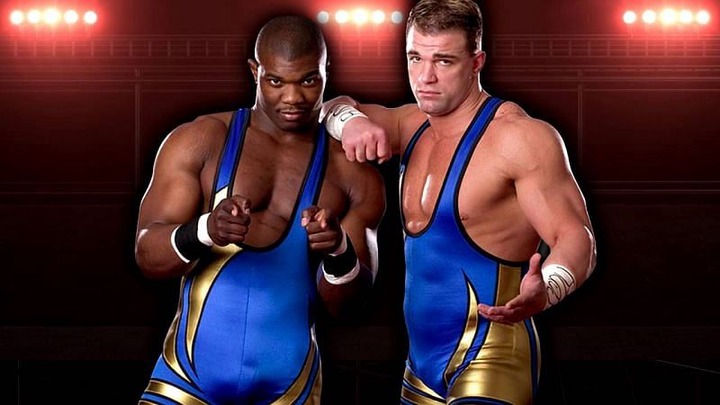 I went through a divorce, which was really tough for me and the kids. But I'm back on my feet.

I'm in the room everyday, wrestling, conditioning with kids from anywhere from kindergarten, all the way up to high school, to college kids and drop-bys. I'm actually wrestling amateur, wrestled the way I did when I was in college. So, to be able to do that, I had to drop weight, I'm at 215 right now. It's a different look, but it fits me, so I'm happy.

Charlie Haas had a couple of stints in WWE during the 2000s. He teamed up with Shelton Benjamin during his first run, and the duo aligned with Kurt Angle, forming Team Angle in the process.

Haas and Benjamin later split from Kurt Angle and dubbed themselves "The World's Greatest Tag Team". He is a three-time WWE Tag Team Champion and has worked in several major promotions besides WWE. Haas married fellow WWE Superstar Jackie Gayda in 2005, and the couple had four children together.