The Dutch winger was just 20 when he joined Jose Mourinho’s side from PSV but had already proven himself as one of Europe’s most promising players. A two-time Premier League champion with

Chelsea, he went on to join Real Madrid before settling down at Bayern Munich. He has more than fulfilled his promise since leaving England and at 33, he remains a regular for the Bavarian side when fit and one of the best players around. 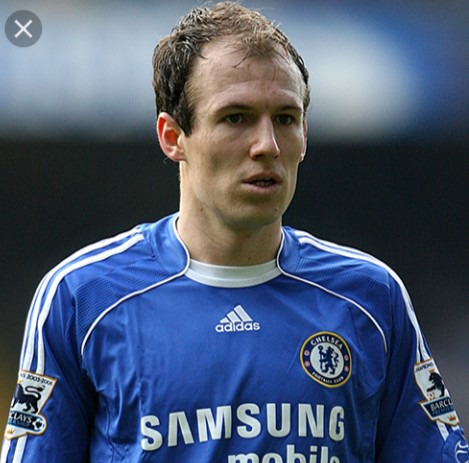 Another youngster who failed to carve out a regular place in the Chelsea first team. Sturridge has since gone on to become a key player for Liverpool and

England, raising the question over whether he deserved more of a chance during his long years as a reserve at Stamford Bridge. 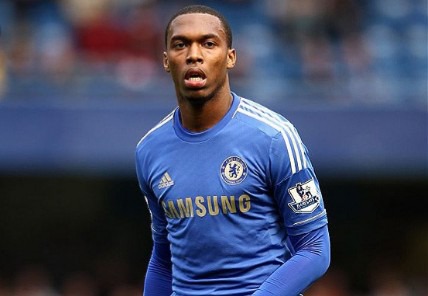 Juan Cuadrado has done well since he left Chelsea. After joining Juventus on loan for a season, the following season he was signed on a permanent deal.

Cuadrado just couldn’t quite make it at Chelsea after he was signed in 2015 for £23 million. He only made 12 appearances in the league in his first season and failed to score any goals. He also failed to make any valuable contribution at all to the team attacking wise or defending.

The winger was then allowed to leave Chelsea the following season and Cuadrado was eventually converted to a wing-back at Juve where he has played well ever since. 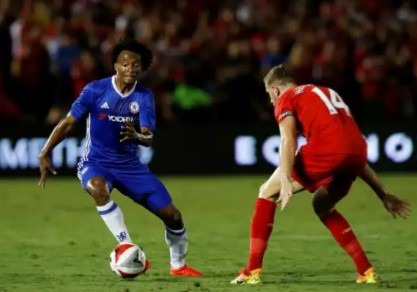 The Colombian was going through a tough time after a niggling knee injury. He failed to produce goals at Manchester United when he was on loan there. So when Chelsea opted to take him on loan it was a surprise.

But after making only 10 appearances and scoring one goal in the Premier League for Chelsea in 2015/16, Chelsea cut the loan short and Falcao returned to Monaco.

This turned out to be a horrible move as in the 2016/17 Falcao scored 21 goals in the French Ligue 1. Last season, he has scored 22 goals again. 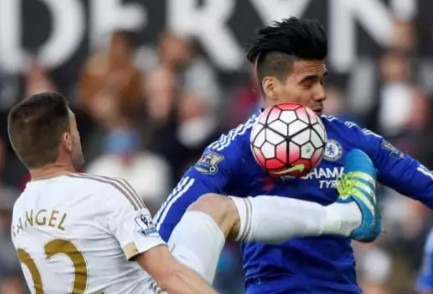 Juan Mata was one of the most beloved players at Chelsea during his three years at the club.

The little Spaniard had a reputation as being one of the nicest guys in football.

Mata even won Chelsea player of the year-two seasons in a row. But after Jose Mourinho re-joined Chelsea in 2013, the Portuguese manager barely played him as he preferred Oscar. 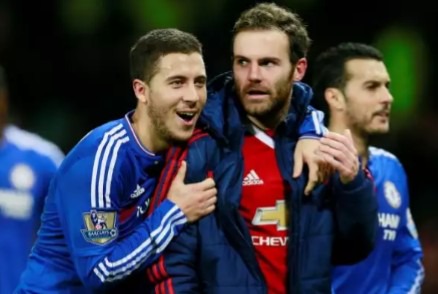 Nemanja Matic was always rock-solid in the midfield at Chelsea. Matic was originally sold to Benfica in 2011 as he couldn’t break into the first team. But after only two seasons at the Portuguese club, Chelsea re-signed the Serbian in 2014. (Chelsea strangely have a habit of re-signing sold players years later).

In the 2014/15 season, Matic made 36 appearances for Chelsea and helped the Blues win the Premier League title. Matic was known as “the spider” as he had very long legs at six-foot-four and was able to displace the ball from opponents often. He was a rock. Bu then the following season, well we all know what happened. Chelsea was 10th and pretty much none of the players performed well.

The following season new manager Antonio Conte used Matic a lot and he helped Conte win the Premier League for Chelsea. But in 2017, Matic was sold to Manchester United for £40 million after The Blues signed Tiemoue Bakayoko as his replacement. Nobody knows why Chelsea sold him, but it’s turned out to be a bad decision. Bakayoko was terrible for the Blues and a complete disaster. While Matic is helping Manchester United to likely finish in the top four in the Premier League.

Nemanja Matic is one of the top players Chelsea should not have sold. 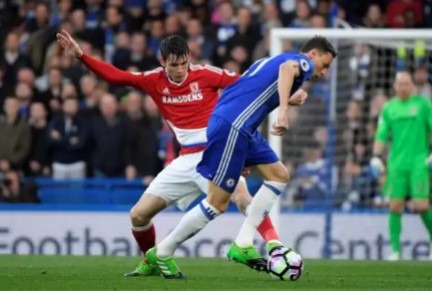 Another Chelsea player sold to Manchester United. Romelu Lukaku was meant to be the next Didier Drogba at Chelsea. But instead, he became the next Judas. Lukaku was sold to Everton in 2014 for £28 million after having already spent a season there on loan. Lukaku scored an amazing 53 goals in 110 appearances for Everton in just three years at the club.

In the summer of 2017, Lukaku was sold to Manchester United for a mouth-watering £90 million. Chelsea was even trying to sign him, but was crushed by Jose Mourinho. 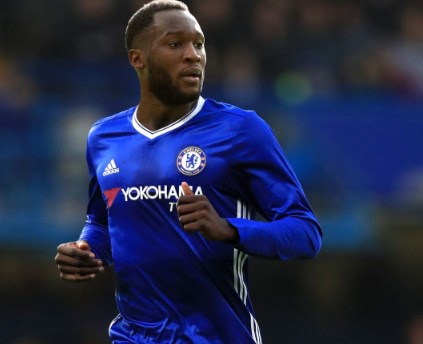 Filipe Luis joined Chelsea in the summer of 2014 from Atletico Madrid. The left-back struggled for a run of games however at Chelsea. And after only one season at the Blues, he was sold back to Atletico.

The left-back regained his reputation after rejoining Atletico and was known as one of the best attacking left-backs in Europe. 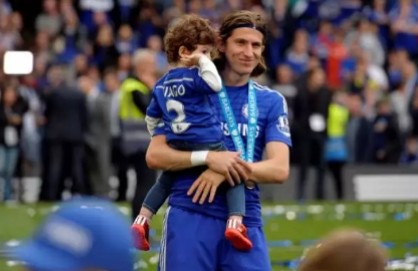 Mohamed Salah became the fastest ever player for Liverpool to hit 50 goals. This is quite something considering he’s technically a midfielder (winger).

Mohamed Salah arrived at Chelsea in 2013, joining from FC Basel. The Blues signed the Egyptian up after terrorizing the Chelsea defense in a Champions League tie many years ago. In 2014, Salah was loaned to Fiorentina as he couldn’t break into the Chelsea first team. Salah was sold to Roma for £15 million in 2015 after scoring 15 goals in the Serie A.

Liverpool signed Salah up for around £34 million. Salah won the PFA player of the season award along with the Golden Boot 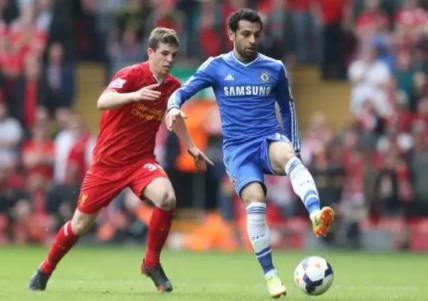 Kevin De Bruyne is top of the list of the top 10 players Chelsea should not have sold. After Chelsea (then-manager Jose Mourinho) sold the Belgian to VFL Wolfsburg in 2014 for £18 million, De Bruyne excelled. De Bruyne scored 10 goals and made a stunning 20 assists in the German Bundesliga in 2014/15. The following season, he was sold to Manchester City for a then-City club record of £55 million.

De Bruyne was a contender for PFA Player of the year last season- with Mohamed Salah his main rival. The Belgian has scored 10 goals and made 18 assists. And he has made 49 assists in the Premier League from the last 3 years he’s been at Manchester City. 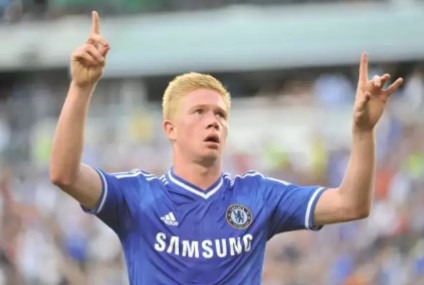 Other players also include 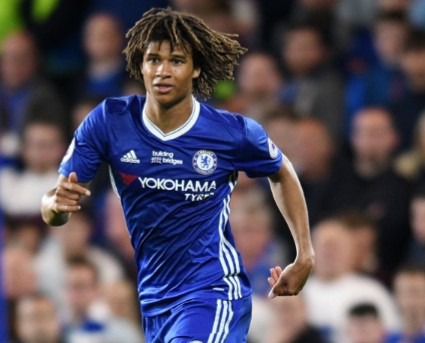 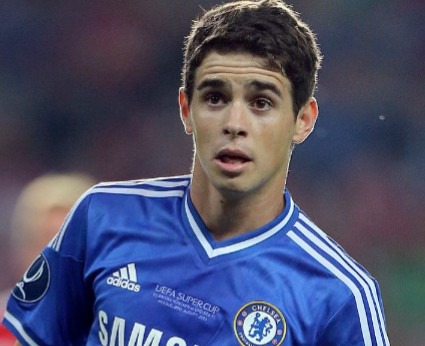 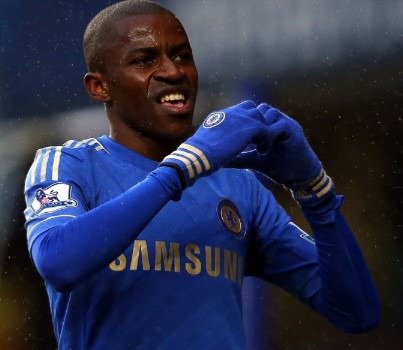 Do you want any of these players back at Chelsea.

Who was your favorite among these players?

Which player does Chelsea currently needs among them.