The La Liga Santander title race was thrown wide open, as Atletico Madrid lost against Atletico Bilbao and put Sevilla back in the title race. Sevilla edge pass Granada 2-1 on Sunday evening and just three points separates them from Atletico Madrid who are top of the league. 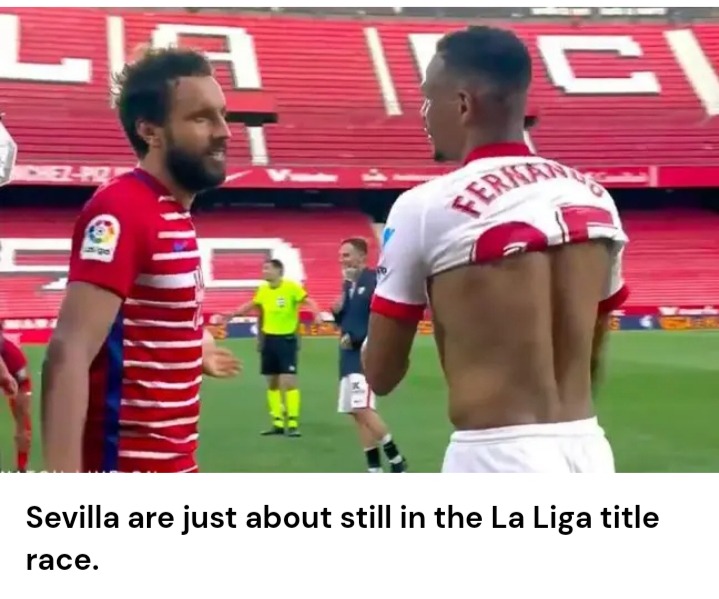 The victory over Granada comes with a lot of drama. After Ivan Rakitic penalty gave the host a lead, Luca Ocampos doubled their lead in the second half. Granada pull one back through Robert Saldad’s Penalty. However, the referee Ricard De Burgos made an error, as he blew final whistle after just three minutes. The fourth official have already indicated four minutes additional time. 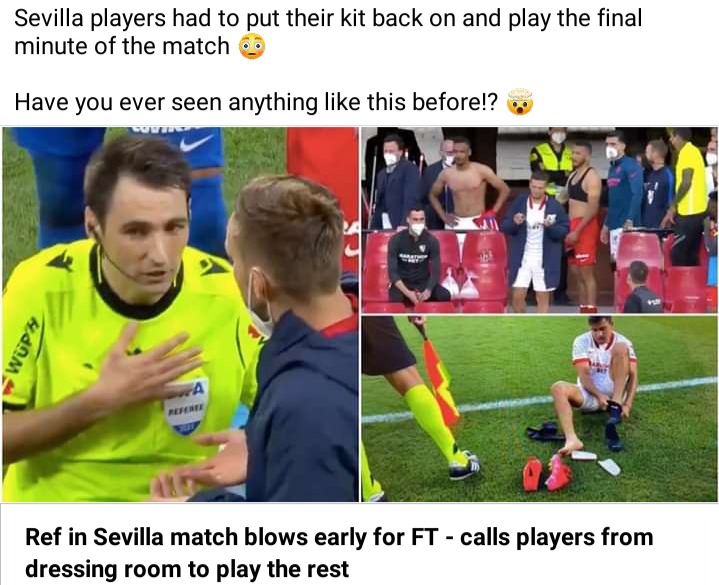 Granada players were seen fuming and angry, as Sevilla celebrated a huge victory. The home side were already back in the dressing room, but the referee decides that they would play the remaining minutes. They have to put back their kits, boots, jersey and return back to play the remaining one minute. 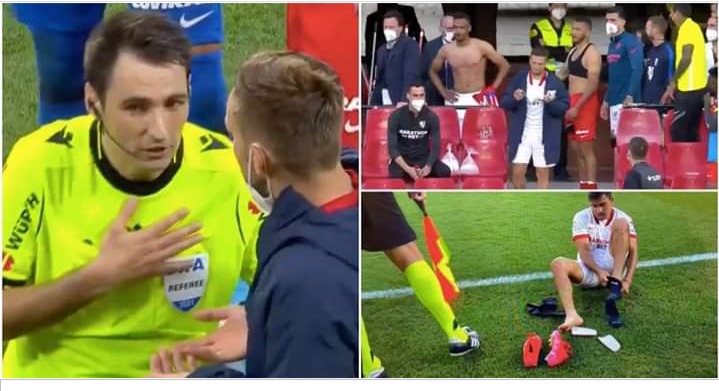 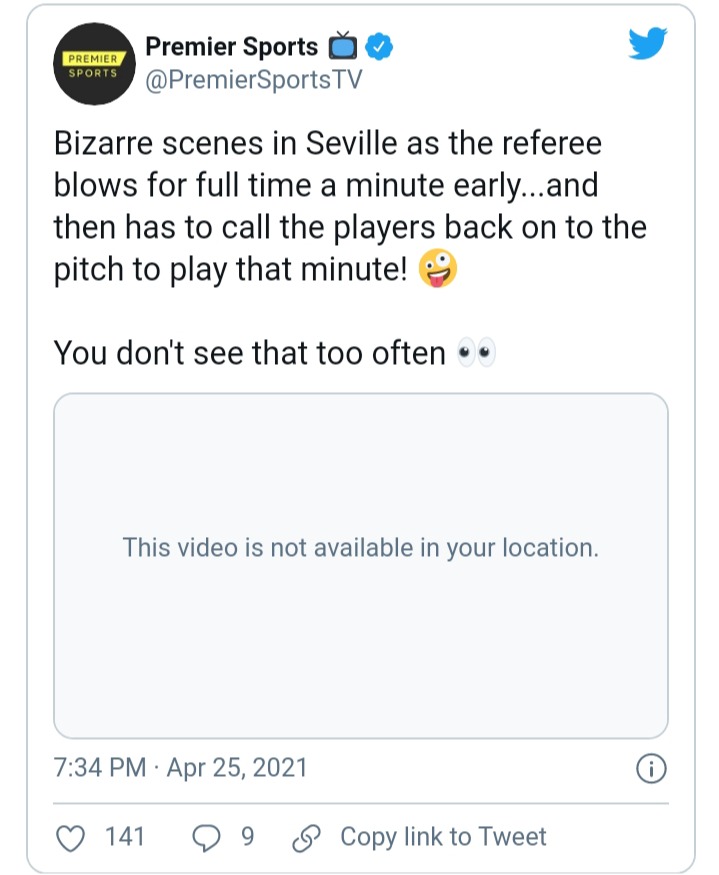 I have never seen anything like this before. Lucas Ocampos said ; The referee admitted to the mistake he made, he told us. We had to come back and put on our kits. Although it’s surprising but it is also funny. What do you think about this?