By oluwaniyi1 (self media writer) | 1 month ago

The English Premier League continued today, with seven fixtures to be played for the day.

Manchester United visited Leicester City, hoping to get back into winning ways after settling for a point against Everton in their previous fixture.

For today's game, Greenwood opened the score sheet for Manchester United, scoring at the 19th minutes of the game. At the 31st of the game, Tielemans levelled the game for the home team.

Leicester got the lead at 78th minutes, with Soyuncu finding the back of the net. Four minutes later, Rashford got the away team back into the game. Goals from Vardy and Daka sealed all three points for Leicester City, ending the game 4:2. 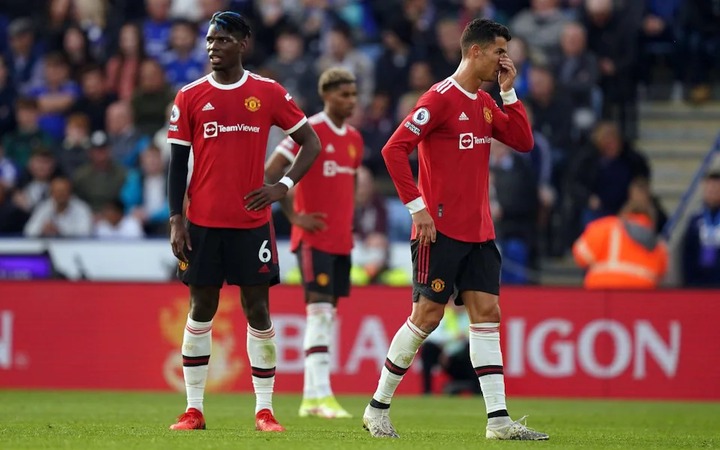 Later on, Chelsea visited Brentford, hoping to maintain their winning run after claiming victory against Southampton in their previous league game. Today's game ended 0:1, with Chelsea claiming all points. 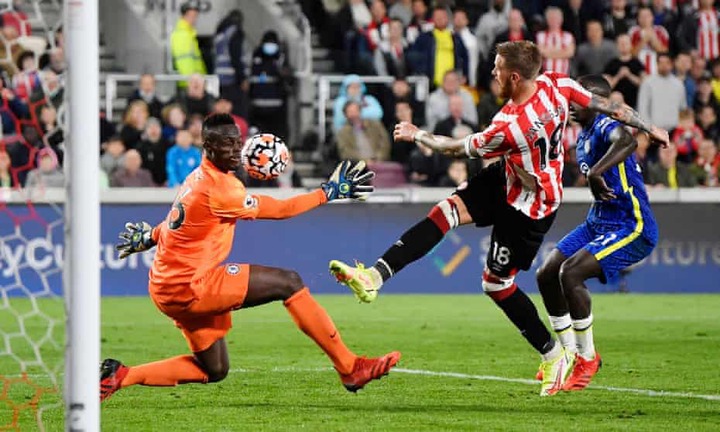 This is how the premier league table looks like as Chelsea, Leicester gain points, and Brentford, Manchester United drop points. 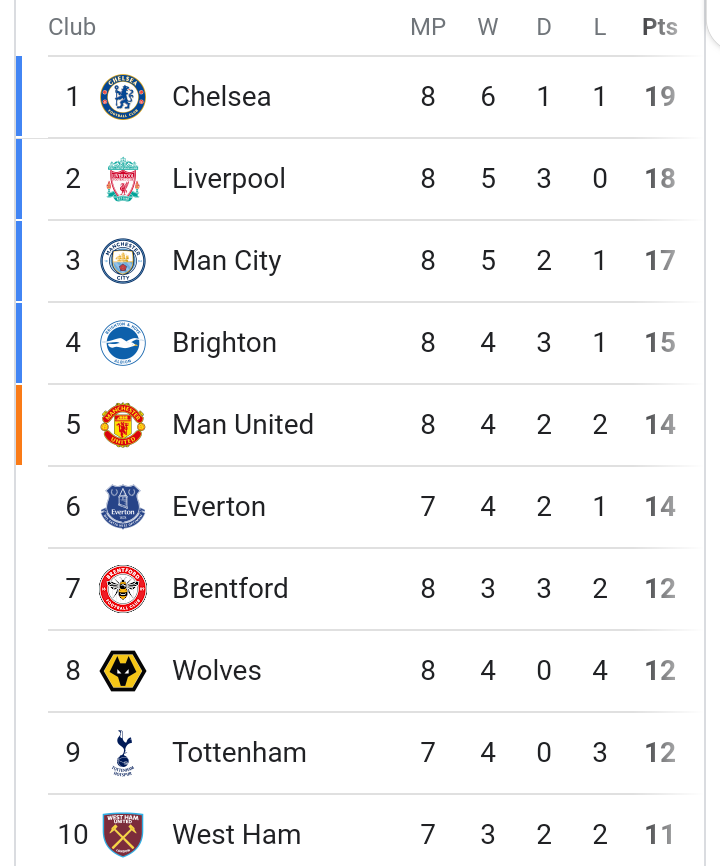 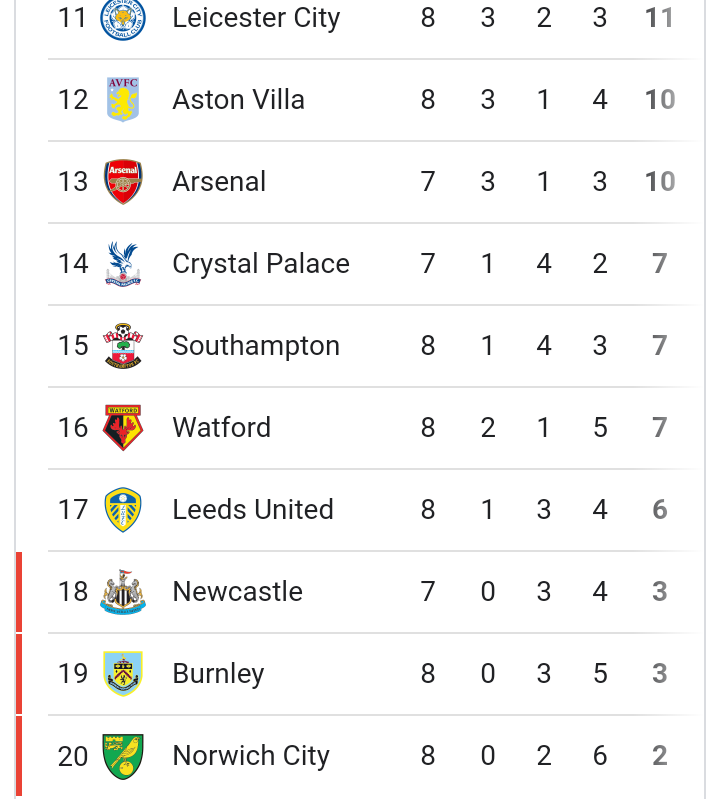