By Sholanks (self media writer) | 3 months ago

Born on the 5th of August 2004, Pablo Martin Gavira commonly known as Gavi made history, on Wednesday night October 6, 2021, for the Spain National Football team,

He becomes the youngest player at just 17 years and 62 days old to make a debut in their semi-final game against Italy in the UEFA Nations League. Gavi has now broken the record previously held by Angel Zubieta - who first appeared for Spain back in 1936.

At 17 years and 62 days old, Gavi broke an 85-year-old record when he  took to the field for the 2-1 victory which put Spain in Sunday’s final and ended the Italian's record of 37 matches unbeaten. The Barcelona Midfielder played in the middle of the park along sides Team mate and Captain of the Spain National Team Sergio Busquets and Atlético Madrid midfielder Koke. 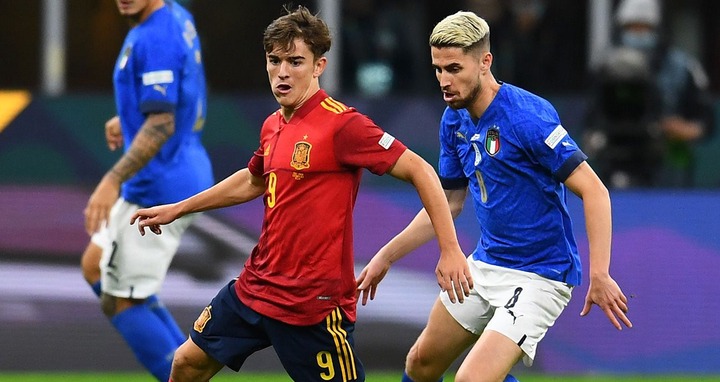 The 17 years old played a major role in Spain's victory as he bossed the midfield against players like Veratti and Jorginho winning balls back and making right passes to players in open space. Showed no form of fear, breaking Italy's lines with his moves. He Played 80 minutes after then he was subbed off for Sergio Roberto.

After the Match, Luis Enrique for full of praise for the Midfielder he handed his debut to. "He plays with so much personality and in harmony with the team. He was fantastic and he is something exceptional.

"He's not only the future, but also the present." he said. Azzurri boss Roberto Mancini was next to shower praises on the young starlet. "Gavi is a terrific player for just 17," he said. 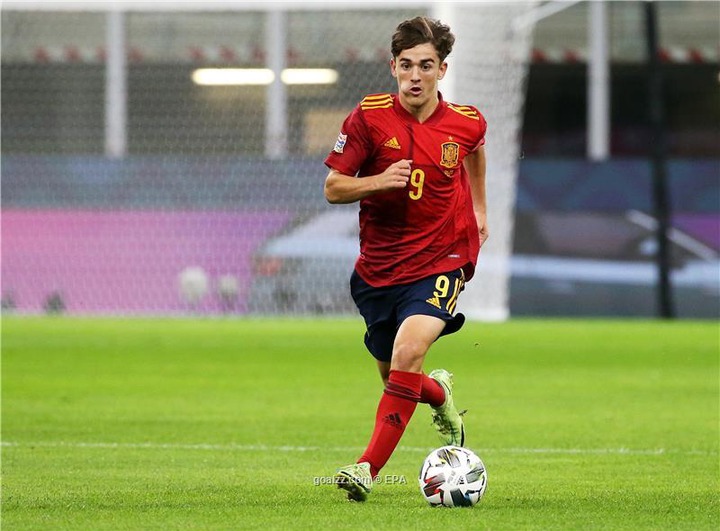 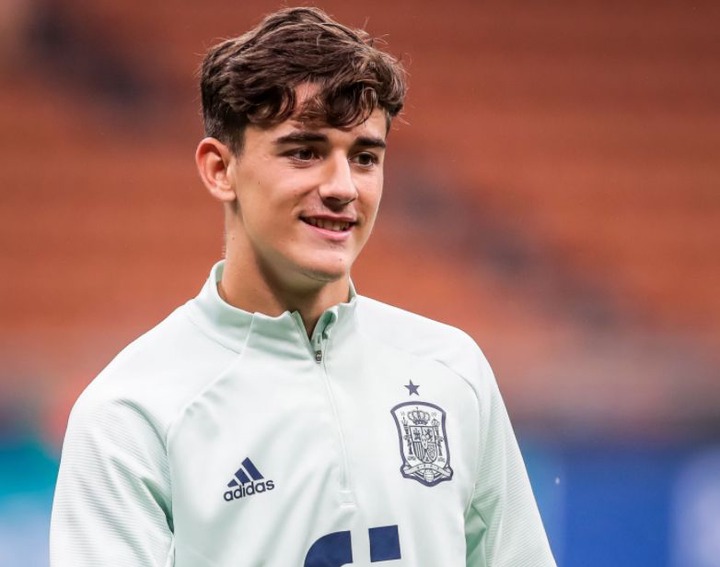 Spain will have to wait till tonight before they know their opponent in the Final on Sunday that would take place in Turin.

Content created and supplied by: Sholanks (via Opera News )