Opinion : Juventus Will No Longer Win Seria An Ahead Of Inter Milan - This Is The League Table.

By DrMichaels (self media writer) | 1 year ago

Juventus football club seem to be in a better position to win Seria A title, but that might no longer be the case, as they have not just lost their form, but have tougher fixtures ahead of them, unlike Inter Milan who now seem to have easier fixtures and of them.

It is true that Juventus leads Inter Milan by 6 points, but will drastically be a thing of the past after their game against Lazio, which they will most likely not win, other matches as well.

First of all, let us see how the league table looks like below. 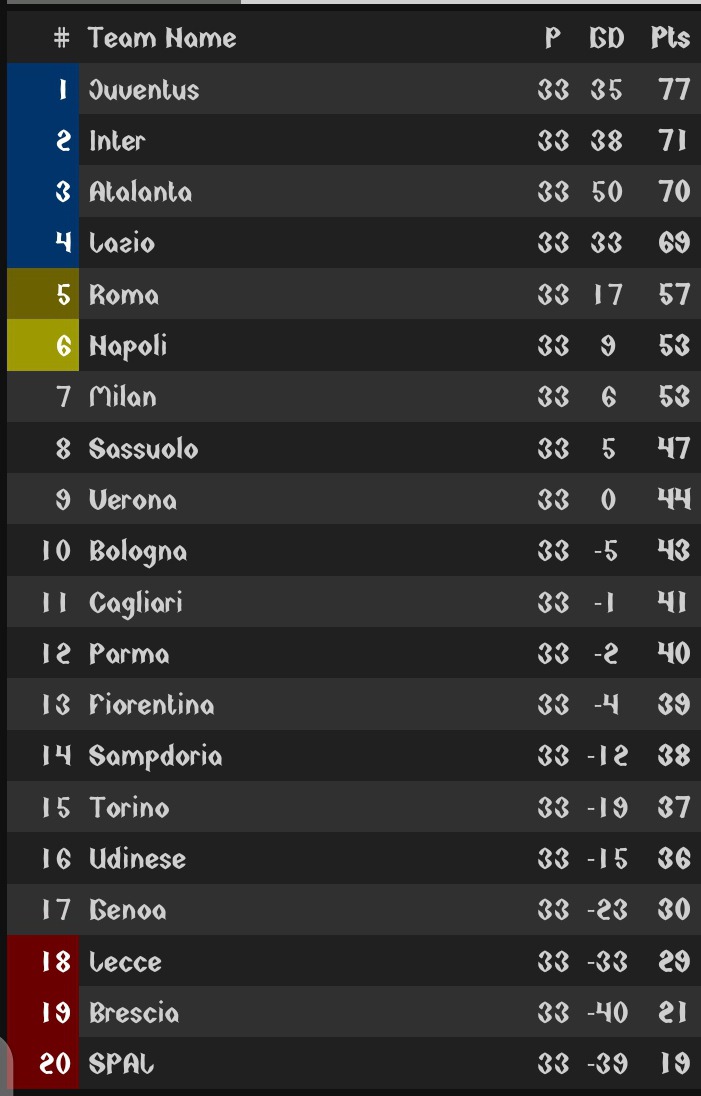 If you take a closer look at the fixtures above, you will believe me when I tell you that Juventus has lost the league to Inter Milan.

Firstly, Lazio will win them because Lazio also have a chance of winning the league, and they are more in form than Juventus, that is 3 lost points. 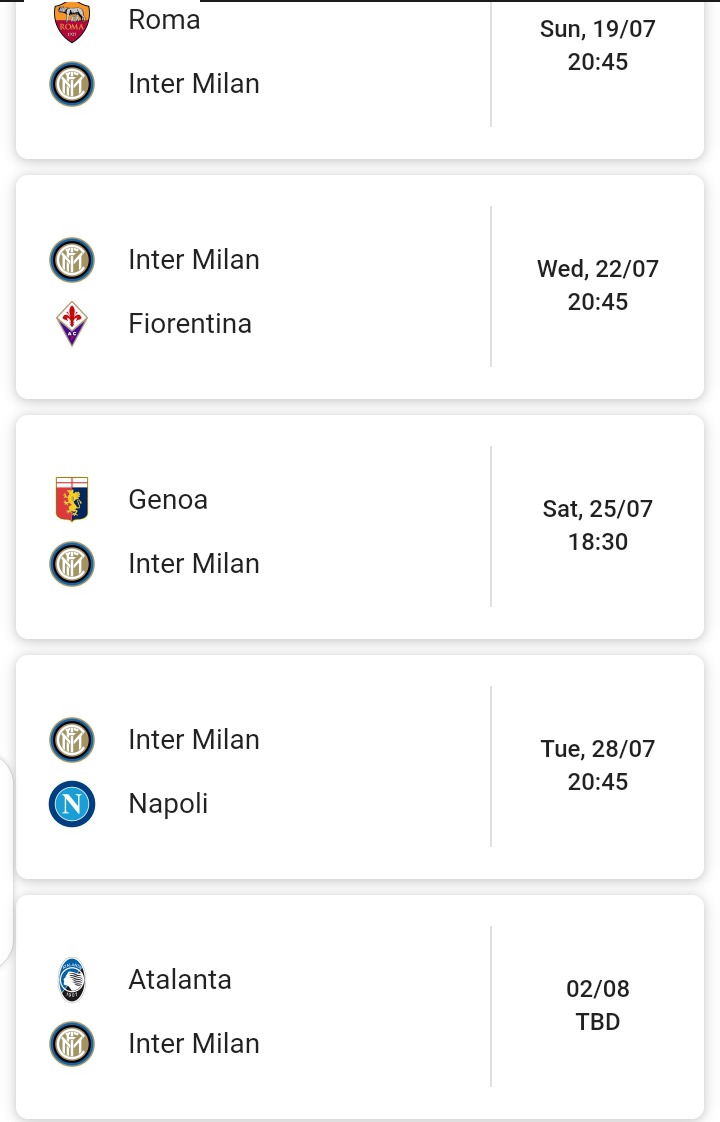 Inter Milan will easily win Roma football club, They are in the form of their life currently, which is required from a title winning team. That will take them to 74 points, while Juventus will still be at 77 points.

Udinese knows that they are not entirely safe from being relegated, so they will do everything possible to get a point from Juventus, and that will make Juventus draw the match, taking their points to 78; while Inter Milan will easily win Fiorentina, taking them to 77 points.

Sampdoria also knows that they van still be relegated, so all they will want is a draw, and that will make Juventus players to play recklessly, and concede in the match, but they will later equalise to draw the match, taking points to 79, while Inter Milan will easily win Genoa football cub, taking their own points to 80. They will now be leading Juventus with a point, heading into thd last 2 games.

Cagliari match will be an easy win for Juventus. Inter Milan might struggle against Napoli but they will win, and that will take them to 83 points, while Juventus will have 82 points, heading into the last match of the season.

Do you think I am wrong? Let us hear why in the comment section, thank you.

10 Of The Best Goalies In History: See Details.