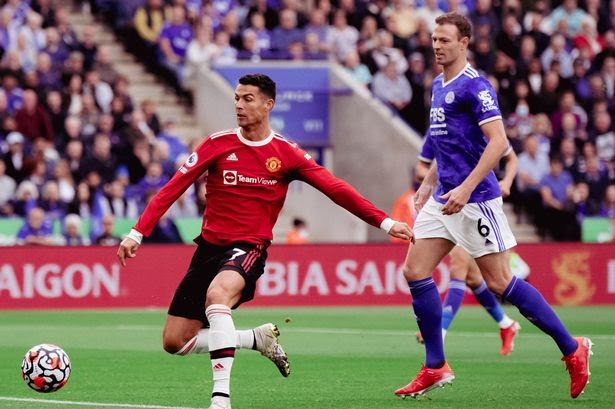 People are very fickle generally. For example, history taught us that the same multitude that cried "Hosanna! Hosanna!" to Jesus Christ on a Thursday cried "Crucify him! Crucify him!" the day after! The same people that cried to Paul and Barnabas "The gods have come down to us in the form of men!" were the same ones that stoned Paul and left him for dead.

One reason why some are quick to criticise Ronaldo is the endless rivalry between him and Leo Messi. We all know that Messi hasn't necessarily hit the ground running at PSG. As a result of that, Manchester United fans have gone overboard in their celebrations of Christiano Ronaldo's quick start to life at Manchester United after his re-signing for the club.

Maybe as a reaction to the boisterous hyping of Ronaldo's so-called achievements for Manchester United, fans who are sympathetic to the cause of Leo Messi are quick to blame the Portuguese now that the Manchester United team is seemingly in tatters.

However, the Manchester United situation is simply hydra-headed and it certainly started before the signing of Ronaldo. The most glaring problem seems to be the purported incompetence of the manager. This affects the confidence of the players, their mentality and tactical discipline. In fact, Manchester United has struggled to score, keep the ball and defend.

Furthermore, several pundits argue that the Glazer Family has not spent as much as they should to strengthen the team. Conceded, Manchester United did sign Sancho, Raphael Varane and Christiano Ronaldo but the team is still lacking the type of depth Manchester City and Chelsea have. An injury to a single player often leaves Manchester United extremely vulnerable and handicapped.

In my opinion, Christiano Ronaldo's addition to the team has been nothing but a blessing generally. He has helped them win matches several times and he gives motivation and confidence to his teammates too.

Certainly, we will not be fair in our analysis if we fail to admit that Ronaldo had a very quiet game against Leicester City. However, it must also be emphasised the reason for this was because the midfielders were terribly poor and the Portuguese did not get the type of service he is used to. Yet he was able to hit one or two very good shots on target.

Another thing fans do not want to admit is the fact that Brendan Rodgers outwitted Ole Gunnar Solskjaer tactically. Instead of allowing his team to worry about stopping Ronaldo, they successfully blocked out his supply so that Ronaldo hardly had the ball in dangerous positions.

Ronaldo is a very lethal weapon and all that is needed is for a manager that knows how to exploit his abilities. That hasn't happened in the last few Manchester United games.