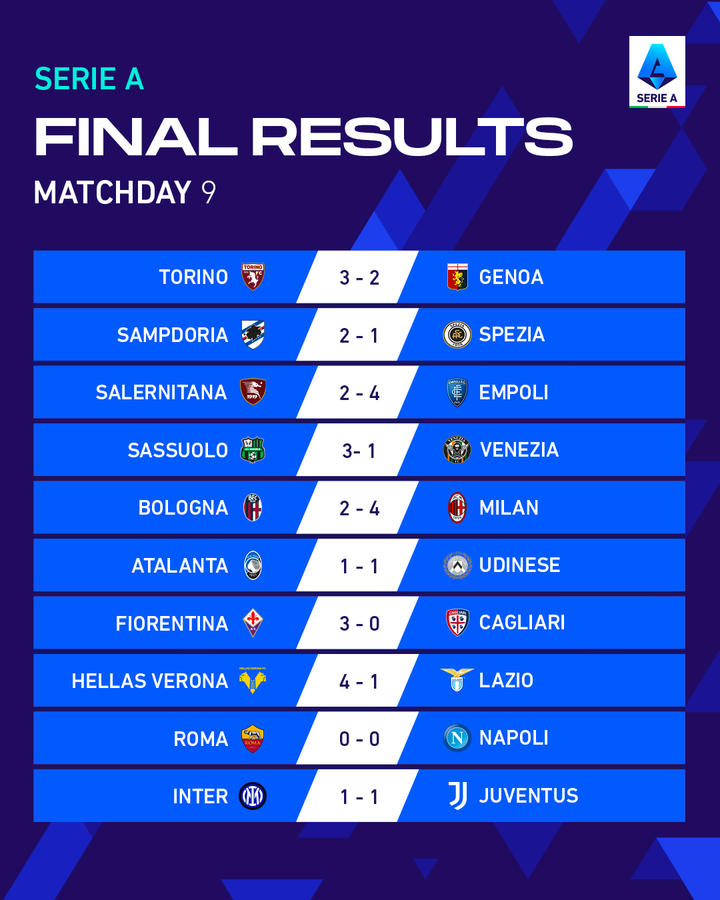 Napoli's perfect start has come to an end after they were held to a nil-nil draw against a resilient AS Roma side guided by Jose Mourinho. Napoli had a huge chunk of the possession but AS Roma refused to bulge as Napoli was forced to drop points for the first time this season. 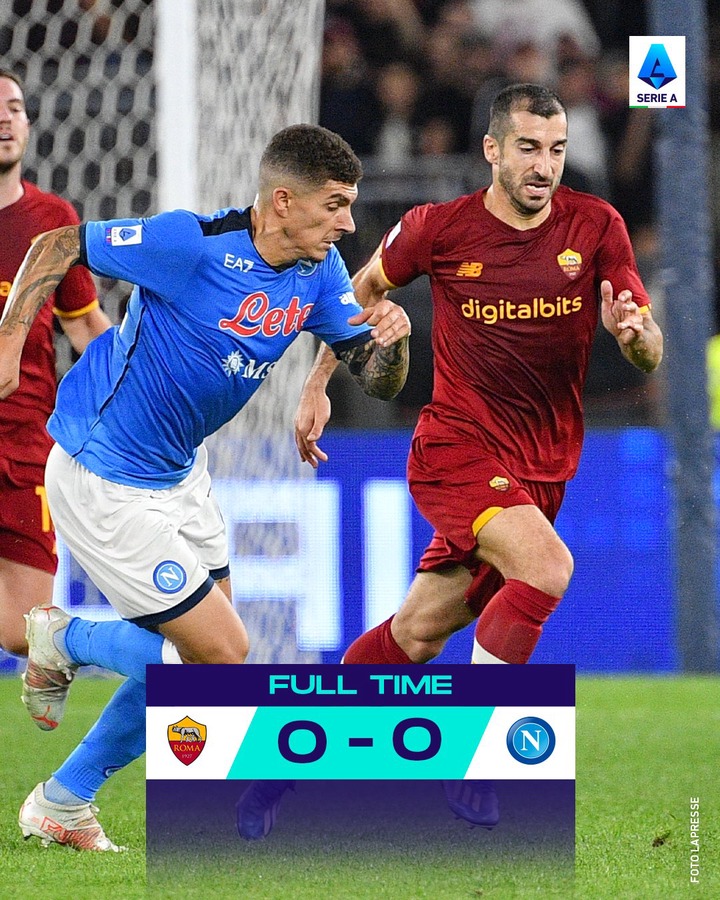 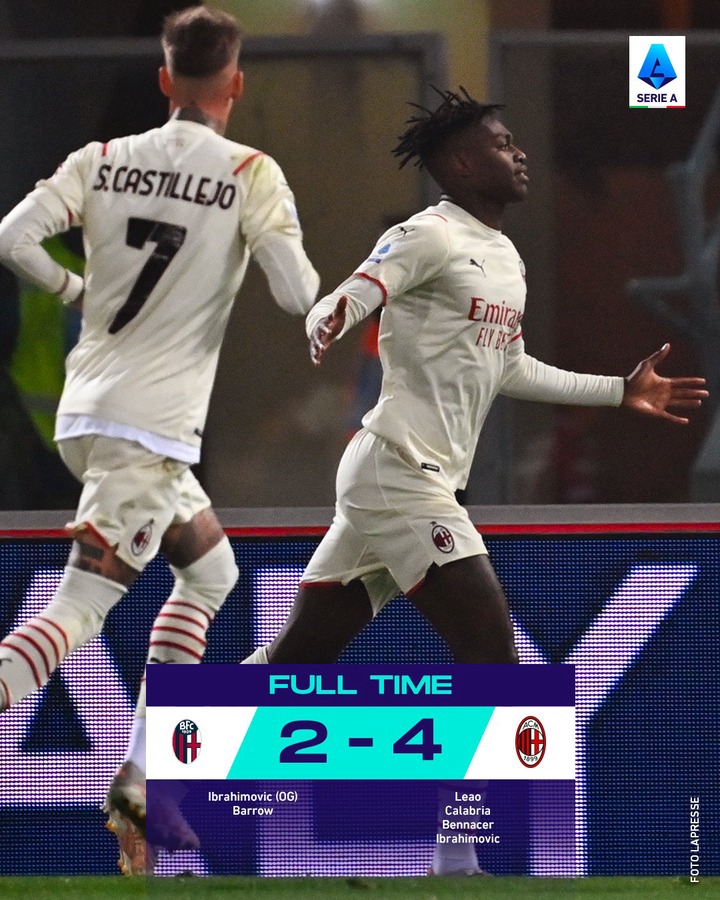 AC Milan on the other hand won against Bologna 4-2. The Milan side was helped by the two red cards Bologna received. At the end of the first half, AC Milan was leading 2-0 but seven minutes after the commencement of the second half, Bologna was level through a Zlatan Ibrahimovic own goal and a Musa Barrow goal.

This victory took AC Milan to second position with Napoli still occupying the first position despite their 0-0 draw against AS Roma. The two teams are tied on 25 points from 9 games played.

Inter Milan drew 1-1 against Juventus and this has seen them occupy the third place with 18 points. They are followed by AS Roma. They have collected 16 points this season and are ranked 4th.

Atalanta, Juventus, and Fiorentina occupy the fifth, sixth, and the seventh position respectively. In one of the most shocking results of matchday 9 is Lazio's defeat in the hands of Verona. Verona's Giovanni Simeone proved to be Lazio's nemesis as he scored all four goals in a 4-1. This defeat means the Lazio will now occupy the eighth position with 14 points from 9 games.

The likes of Bologna and Empoli have recorded 12 points apiece this season. Check out the full details of the Italian Serie A table after matchday 9 in the picture below: 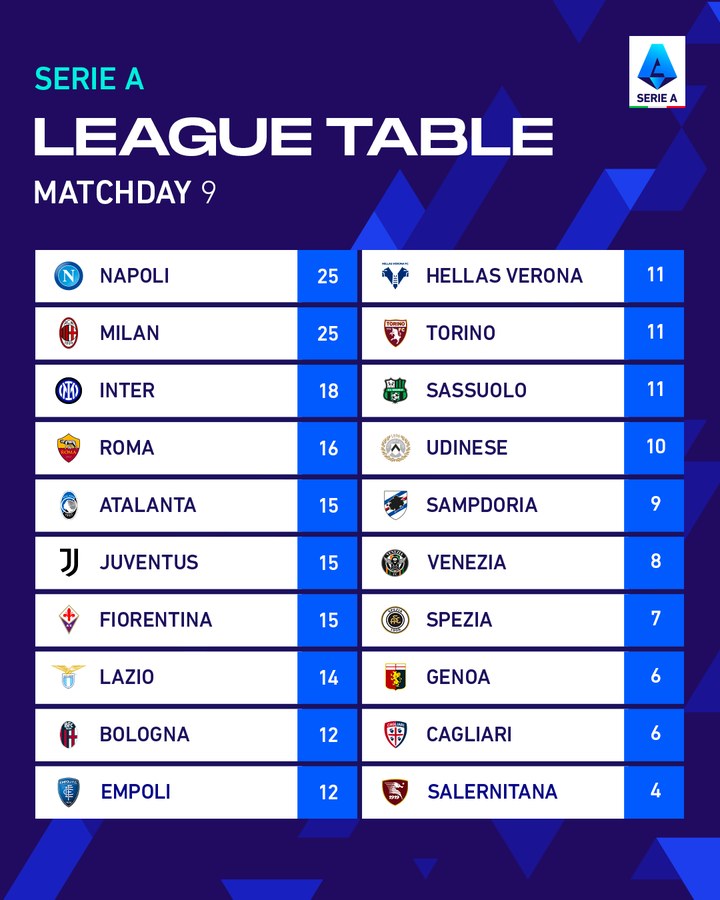